Local news from the heart of East Parker County
Weather brought to you by:
Log in
Good News 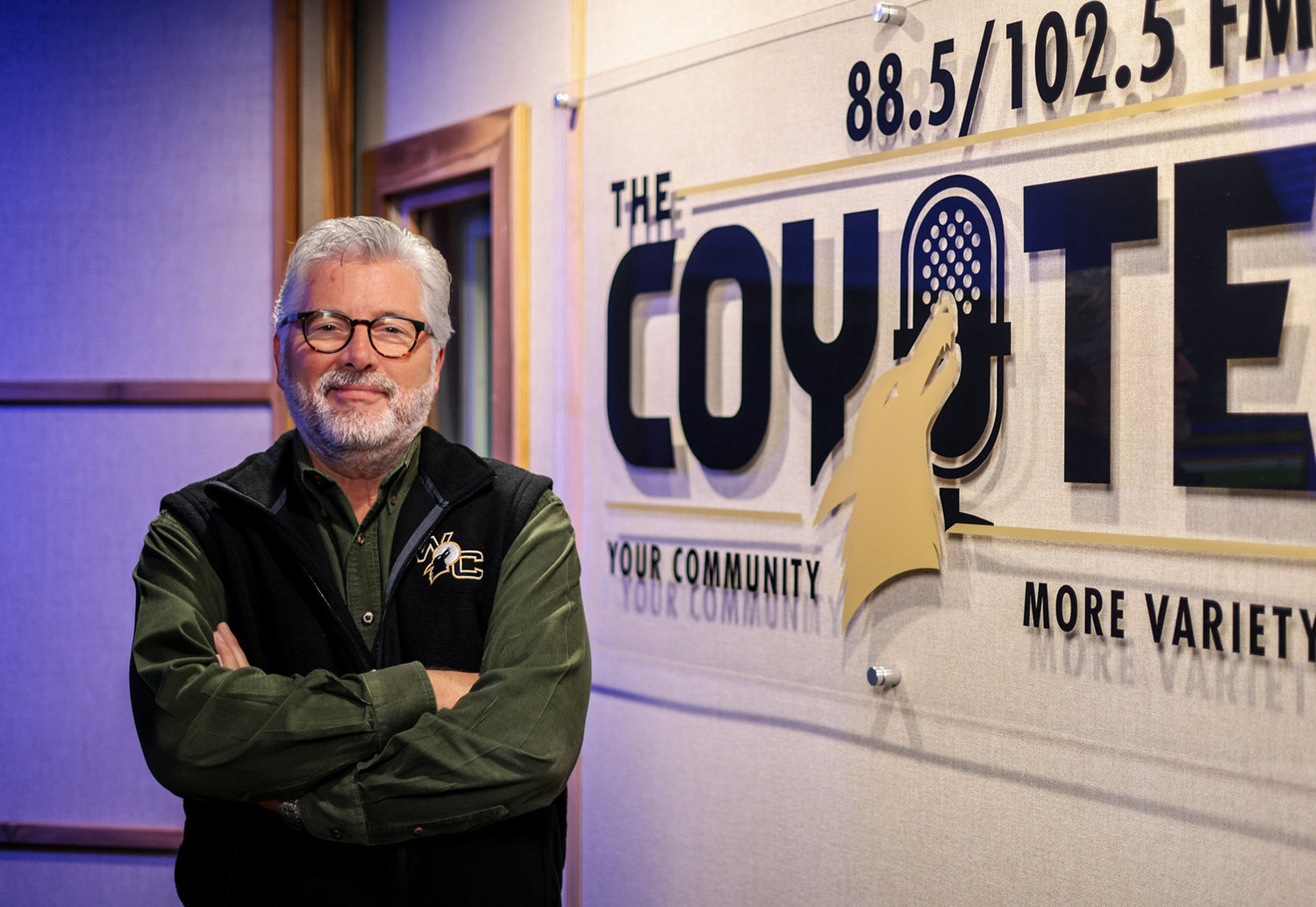 Coyotes are a common sight in North Texas, and they have a distinctive sound when they howl.

The Coyote at Weatherford College also has a unique sound as the new radio station at 88.5 FM and 102.5 FM combines a plethora of genres for all musical appetites. When tuning in one might hear John Denver, followed by Jackson Brown, followed by Garth Brooks, and then Culture Club. There could be a little Bonnie Tyler somewhere in there, and don’t tune out before Earth, Wind & Fire make an appearance, along with Alan Jackson, Shania Twain, and even KC & the Sunshine Band.

“Alabama to the Eagles is an easy transition,” said Dave Cowley, the station’s general manager. “It works because radio is so fragmented now. What you can’t get is personality, and us being local in Weatherford is making a huge difference.”

The point is The Coyote, which held its grand opening party in early December at the Nan and Bob Kingsley Building, truly does have something for everyone. Toss in local news, sports, weather, and community events and you have the perfect community station — at least Cowley certainly thinks so, and judging from those in attendance, he has a lot of folks in agreement.

“We don’t want to know what’s happening on the High Five, we want to know what’s going on at the square in Weatherford,” said Cowley, who hosts the morning show with longtime local radio personality Brent Baker, who is also a vice president at the college.

“The variety is something that’s familiar and easy to listen to,” said Austin Haye.

“We’ve got a great community with a lot of different tastes. It’s a community one-stop shop,” added Calyan Mullins.

Oh, and don’t forget it’s also a learning opportunity for Weatherford College students. Claire Spencer, a sophomore student ambassador, for example, had a chance to broadcast the news recently after Baker heard her speaking at an event and liked her voice.

“I think it’s great to get the students involved,” she said, adding that it was also a lot of fun.

“We will put many, many students on the air. We have used several already. Once we get rolling in 2023, you’ll hear students hosting their own shows,” Cowley said.

“We are having the most fun educating our future broadcasters,” said Andrea Cantrell, Executive Vice President and Chief Financial Officer of WC. “Bob Kingsley is alive and well here at Weatherford College.”

Kingsley, a broadcast legend and a member of the National Radio Hall of Fame, recorded his weekly country music countdown show “Bob Kingsley’s Country Top 40” and before that “American Country Countdown” in his Bluestem Studios housed in the building for years before his death in October of 2019. He and Nan were longtime Weatherford residents and she donated the building to the college following his death.

Among the many artists who recorded in the studios with Bob Kingsley are all-time greats such as Garth Brooks, Trisha Yearwood, Blake Shelton, Toby Keith, Keith Urban, Martina McBride, Brad Paisley, and many more. Those same artists can now be heard on The Coyote. 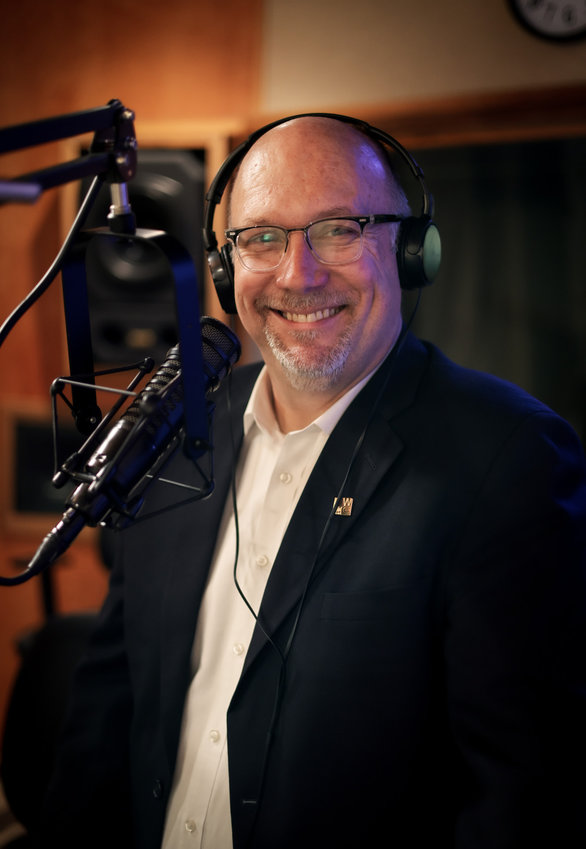 Brent Baker, Vice President of Institutional Advancement at Weatherford College, has been a long-time partner with Dave Cowley on the morning show.

“The new radio station is another example of Weatherford College’s continued progress. We’re able to support our local business community and not only produce education but entertainment as well,” WC President Tod Allen Farmer said.

“This station will be so good for the community in the coming years. Local news, high school and WC sports, promoting non-profit events, and just connecting the community,” Baker noted. “Parker County and the surrounding areas will benefit and so will our students.

“The goal is a professional-sounding radio station that’s focused on the local community, and that’s why the college hired Dave Cowley. We applaud President Farmer and the board for having the vision to see this through.”

Cowley said the idea for the Coyote came when the Beard family decided to sell the 88.5 and 102.5 radio frequencies.

“Mac Smith (WC board president) had told me that he had envisioned WC having a campus radio station. Having worked as the morning show host for over 20 years on those two frequencies, the Beards offered to sell it to me at a reduced price before they officially put it on the market,” Cowley said. “I told President Farmer about the offer, and he proposed that the college purchase the station, and asked me to basically help build a radio studio from the ground up in the Kingsley studios.

“The whole thing had to have been pieced together by a higher power because Bob could have built a recording studio anywhere — why right next to WC? Bob’s widow, Nan, had told me that Bob’s dream was to have a radio station in that building. Well, here we are.”

Cowley has been working on the air for 35 years with stints at KLUR in Wichita Falls, KJNE in Waco, along with local stops at WBAP, 1220 KZEE, 95.9 KYXS (The Ranch in Mineral Wells) and 102.5/88.5 CHUCK FM. From 1993 to 1998 he  hosted/wrote/produced a four-hour nationally syndicated oldies radio show called “Class Reunion” to more than 40 radio stations coast to coast. In 1995, wrote/produced and hosted a two-hour Country syndicated show, “The Red River Cafe” to radio stations across the Lone Star State.

He’s also interviewed more than 100 of the greatest artists in early rock, pop, rhythm and blues and country music and is currently using those interviews for his podcast “Talking Trax.”

Cowley said he can think of no other station that is following the same format as The Coyote.

“It really started with 90s country music and continues today. A lot of it sounds so much like classic rock. If the Eagles had released their first album in the 90s, they’d be considered a country band,” he said. “I just figured no one would be offended listening to ‘Take It Easy’ (Eagles), followed by ‘Check Yes or No’ (George Strait), followed by ‘Suspicious Minds’ (Elvis Presley), followed by ‘Tell Me Lies’ (Fleetwood Mac). It really works with a lot of people.”

Farmer said of Cowley, “Talk about a guy who made a vision become a vibrant reality. Now we have a new tool in our tool bag. Exciting times ahead for Weatherford College and this is a big part of it.”