Local news from the heart of East Parker County
Weather brought to you by:
Log in
Good News 2022 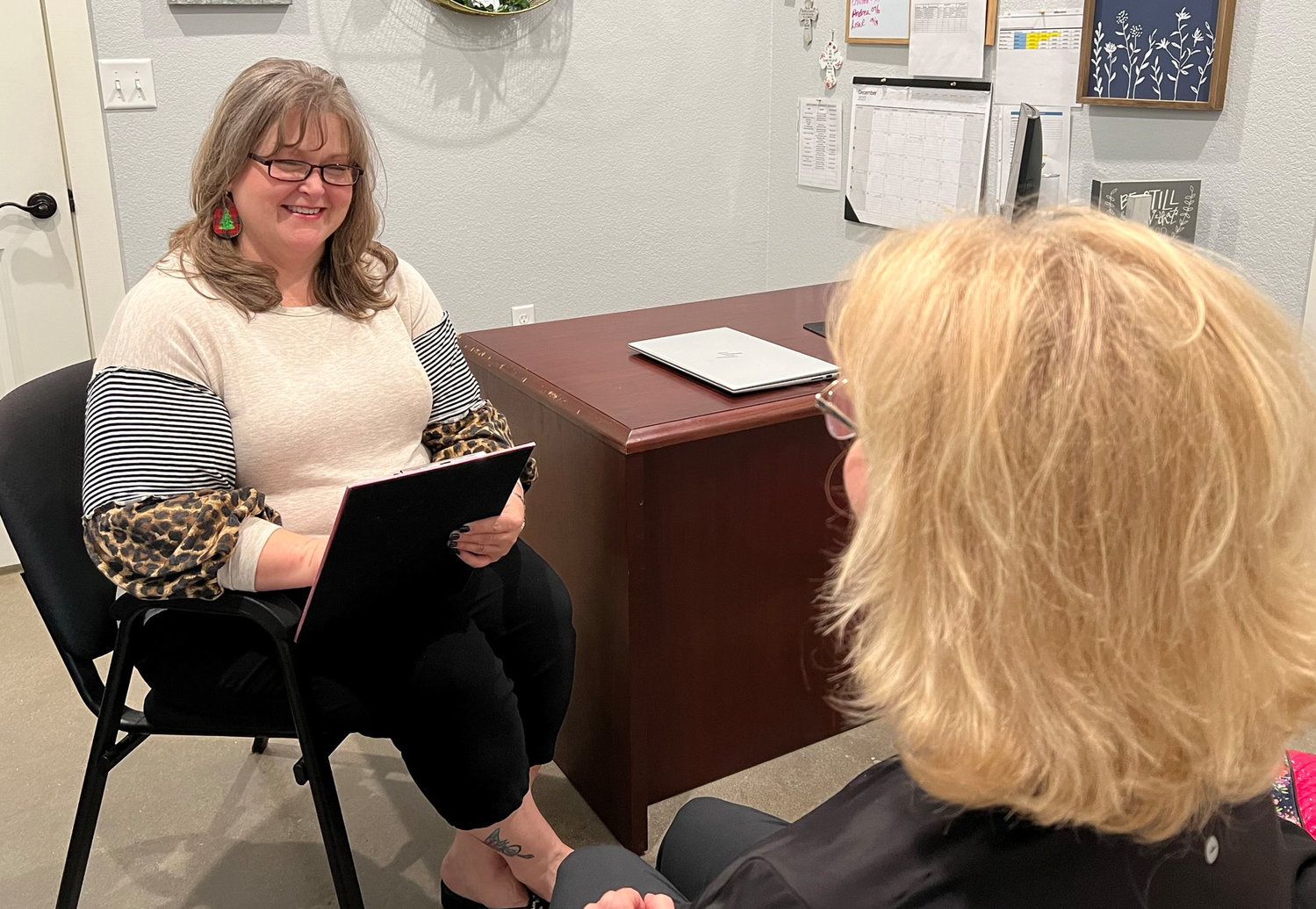 Elizabeth Mederos experienced the help of Sanctified Hope and is now helping others, such in this photo, as she is working as a case management counselor for the program.
Special to The Community News
Posted Tuesday, December 27, 2022 8:04 pm

They provided for everything, so I didn't have to worry about survival. That was the first initial difference for me. The other difference is the amount of support and love I received. They were like the hands and feet of Jesus for me. They accepted me just the way that I was with all of my pain, all of my past, all of it. They tried to build me up, not tear me down.”
Elizabeth Mederos
By John English
The Community News

Elizabeth Mederos still remembers the day in 2017 when she asked her father if she could live with him.

The Weatherford woman was awaiting parole after serving four years of a 10-year sentence for embezzling more than $500,000 from her former employer.

A condition of parole in the state of Texas is that the parolee have a place to stay, and Mederos felt certain that it would not be a problem.

Her father's answer was straight and to the point.

“He said no,” Mederos said.

After four years in an environment that Mederos described as “degrading and dehumanizing,” she was devastated.

Mederos, 49, struggled with a lifetime of addiction that eventually led her to incarceration in 2013. She said that she embezzled to help support a pain-killer habit, which she developed following a car accident in 2004.

While being told no was the last thing she expected, it forced her to dig deep and search for a different way out.

Sanctified Hope is a Christ-centered transitional home for women who have recently been released from prison according to its website https://sanctifiedhope.org, with a mission of guiding and empowering formerly incarcerated women through a Christ-based ministry to inspire lifelong changes and become successful citizens of their community.

Mederos said she was given $50 when leaving prison and $50 when she reported for parole, and said had it not been for Sanctified Hope, she simply would not have made it.

"They provided for everything, so I didn't have to worry about survival," Mederos said. "That was the first initial difference for me. The other difference is the amount of support and love I received. They were like the hands and feet of Jesus for me. They accepted me just the way that I was with all of my pain, all of my past, all of it. They tried to build me up, not tear me down.” 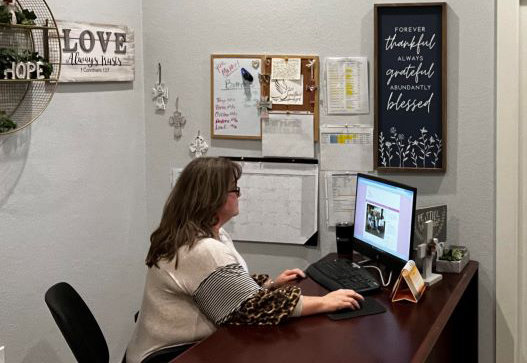 Elizabeth Mederos is hard at work in her office as a case management counselor for Sanctified Hope after having gone through the program herself upon …
And it was there that Mederos slowly began to put her life back together.

"At that point, I just wanted a job," Mederos said. "My number one goal was to have a job, because there were only so many things that I could do. I was feeling defeated, because I was going on job interviews and being told no every time.

“But it was the community, the Parker County Center of Hope that have these community leaders who will come in and help with resumes, help explain those gaps in employment in a positive manner, and that's hard, because how to do you speak positively about prison?"

The Center of Hope also had people from Weatherford College come in and discuss their education programs at Sanctified Hope.

"School was not on my radar," Mederos said. "I just wanted a job.”

But eventually the Parker County resident warmed to the idea when two representatives of Weatherford college informed her of a Licensed Chemical Dependency Counselor (LCDC) program.

"I told them, 'I have a felony; can I do that?'” Mederos said. “And they were like, 'you're hired! We want people like you because of your experience...it just goes to show that God uses all things."

Currently a Counselor with the Recovery Resource Council in Fort Worth, Mederos graduated from the University of Texas at Arlington on Dec. 16 with a Masters degree in Social Work.

The best part for her is that she has been able to give back to Sanctified Hope in the form of case management and counseling.

"I'm able to sit down with the clients and kind of help them navigate the reentry process,” Mederos said.

While many aspects of Mederos' work with Sanctified Hope are rewarding, two episodes stand out for her.

“There was one lady in particular who graduated and was able to go to dental school and get her license to become a dental assistant,” Mederos said. “I got to watch her life transformed through the program. But then also, as a drug counselor in that position, I have worked with women with CPS cases, and I had one client who was at a point where her children had been removed and she was feeling lost and experiencing a lot of the same emotions I felt when I entered the program.

“I was able to work with her and share that strength and experience and give her hope. She went from having her children taken and almost losing them to foster care to having them returned to her under monitored supervision. To see that change — to see that hope restored and seeing them believing in themselves is amazing."

Mederos' relationship with her family is fully restored, as well, and one particularly touching moment came during the holiday season a few years back.

"It was a slow process," Mederos said. "When I came to Sanctified Hope I was told by my family that if you leave that program, don't ever call us again. So they had to see that I was doing something different. They would receive the newsletters and updates, and then I would be able to call them.

“At first it was kind of stand-offish. It wasn't until that Christmas that my son came to visit. We were sitting in the car and I'm crying and telling him I was sorry. He said, 'Mom, I forgive you. I just want to see you do better.'”

But Mederos was doing much more than better — she was unknowingly serving as as a source of inspiration for the young man. Her son recently graduated from Weatherford College with a degree in Criminal Justice.

"He saw all the changes in me and the fact that I was pursuing an education and doing something different with my life," Mederos said. "It actually inspired him to go to school."

Reflecting upon her time with Sanctified Hope, Mederos said that it made all the difference in the world in the person that she has become and the life she currently enjoys.