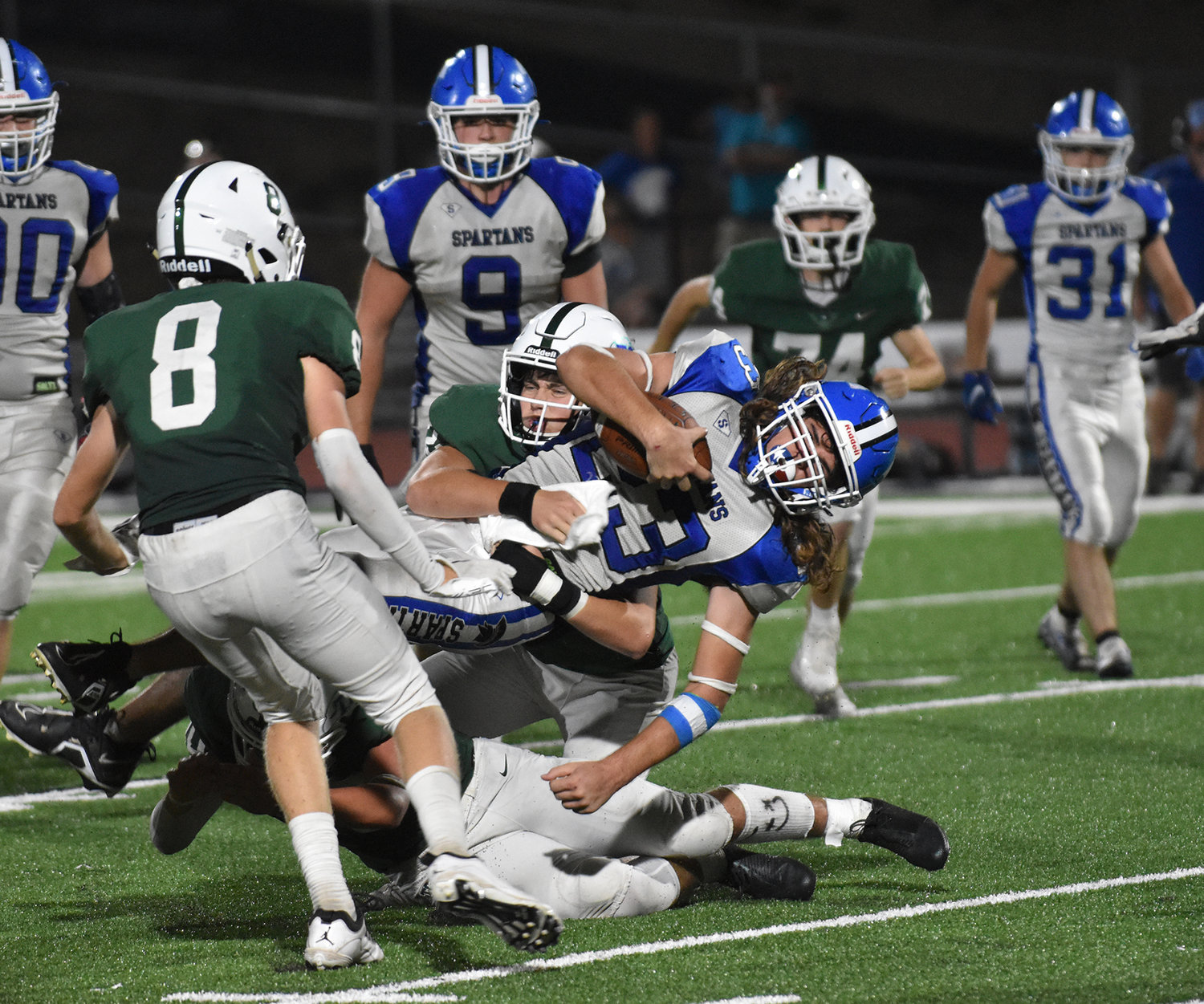 While there was plenty to celebrate in the unveiling of the new stadium home of the Trinity Christian Academy Eagles football team, on the field it was a different matter as the Eagles were defeated 50-6 by Dallas Christian Home School Educators on Friday, Sept. 9.

In improving to 3-0, the visiting Spartans got 284 yards passing and four touchdowns from quarterback Jordan Irby. All four of his touchdowns went to wide receiver Casey Hasse for 47, 43, 34 and 24 yards. Hasse ended the night with seven catches for 208 yards.

The Eagles (1-2) got 73 yards rushing on just nine carries from quarterback Evan Chrane, including the game’s longest run at 64 yards. Running back Jake Wallis ended the evening with 58 yards on 10 carries and scored TCA’s lone touchdown on a 4-yard run in the third quarter.

A defensive highlight for the Eagles was an interception by defensive back Braxton Lewis. Also, on special teams, punter Riley McCracken had eight punts for an average of 31 yards, including kicks of 50 and 40 yards. 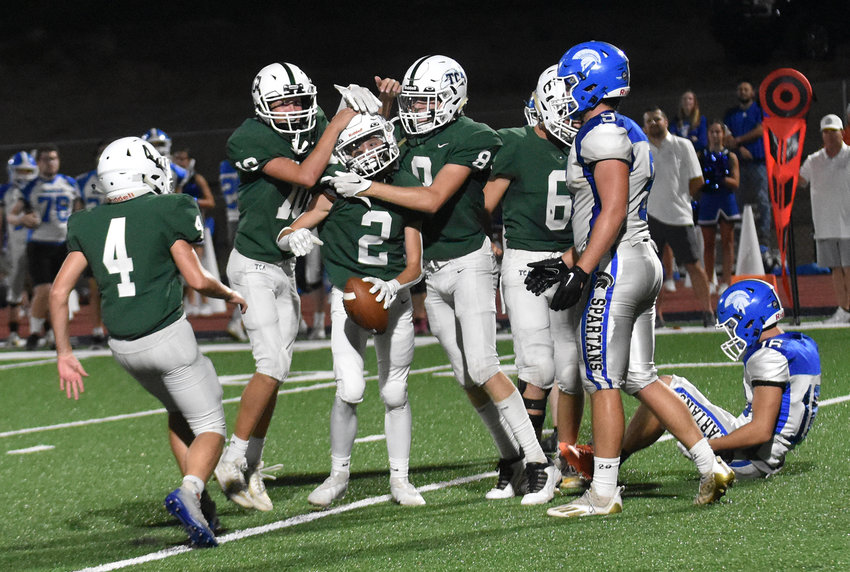 Defensive back Braxton Lewis (2) is congratulated by teammates following an interception in the game on Friday, Sept. 9. 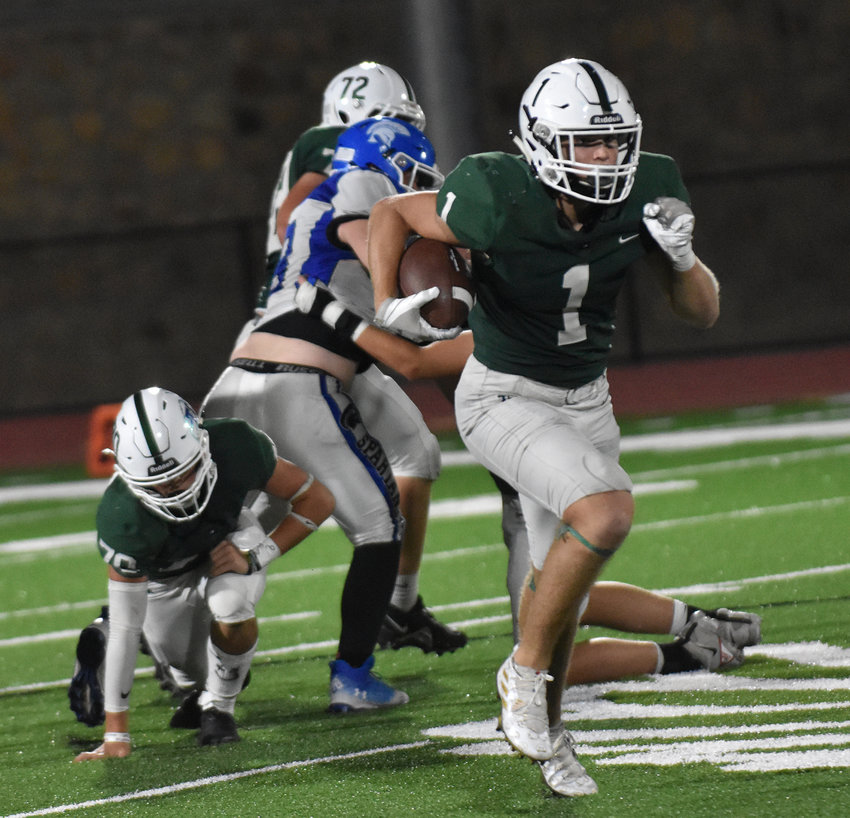 Running back Jake Wallis, who scored TCA's only touchdown, is shown picking up a big gain at the start of the third quarter.
Previous Next

Marmion praised the play of Chrane and Wallis.

“He’s a good multi-dimensional athlete for us,” he said of Chrane, adding of Wallis, “Wallis is a big kid who runs hard. He understands what his skill set is. We did a better job (blocking) in front of him in the second half.”

The Eagles also won the penalty battle. TCA committed five for 45 yards, while the Spartans were flagged 13 times for 123 yards.

TCA is home again Friday when the Eagles host Olney Friday at 7:30 p.m. The Cubs are 3-0 and are coming off a 34-7 victory at Haskell. They have outscored their opponents 108-13.