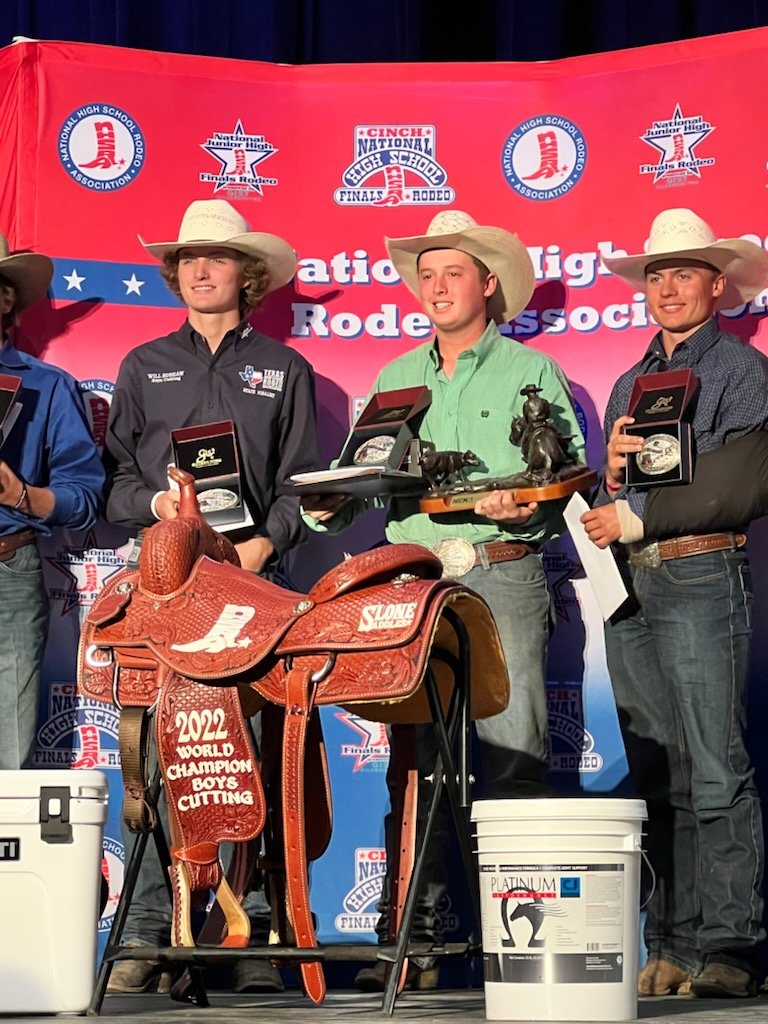 Will Bushaw may live in a small community, but his performance recently at the National High School Finals Rodeo in Gillette, Wyoming was anything but little.

Bushaw, a sophomore at Peaster High School, finished as the reserve champion (second place) in boys cutting at the elite event held July 17-23.

“I’m proud of myself for getting second out of hundreds of kids from all over the country,” Bushaw said. “I had hoped to win it all, but getting second is definitely an accomplishment and a learning experience.”

In fact, it seemed Bushaw learned a lot during his first season in high school rodeo - and he got better with each lesson. After placing fourth in Region 3 of the Texas High School Rodeo Association, he captured a state championship and was named Rookie of the Year after qualifying for his first national competition.

His first two performances in Gillette resulted in scores of 148 and 147. Then, in the short-go he posted a 146 to miss the top spot by four points.

“Going into the finals I was second overall, and I just tried my hardest to go in there and win, but it didn’t turn out the way I had hoped,” he said.

“I had a lot of fun being a part of Team Texas, and doing my part to bring home a record seven national championships. It was a great experience going to the rodeos and supporting all of Team Texas.”

Bushaw is following in the footsteps of his older brother, Charles Russell, a two-time THSRA state champion and national qualifier in cutting.

The high school event is over, but Bushaw is still quite busy competing. After he and his family arrived home from Gillette around 4:30 Monday morning, he turned right around and is competing in the National Youth Cutting Horse Association Youth Week this week in Fort Worth.

As for how his experience in at the National High School Finals Rodeo will help him moving forward, Will said, “This will push me to do better in the future, and hopefully win a national championship before I graduate.”