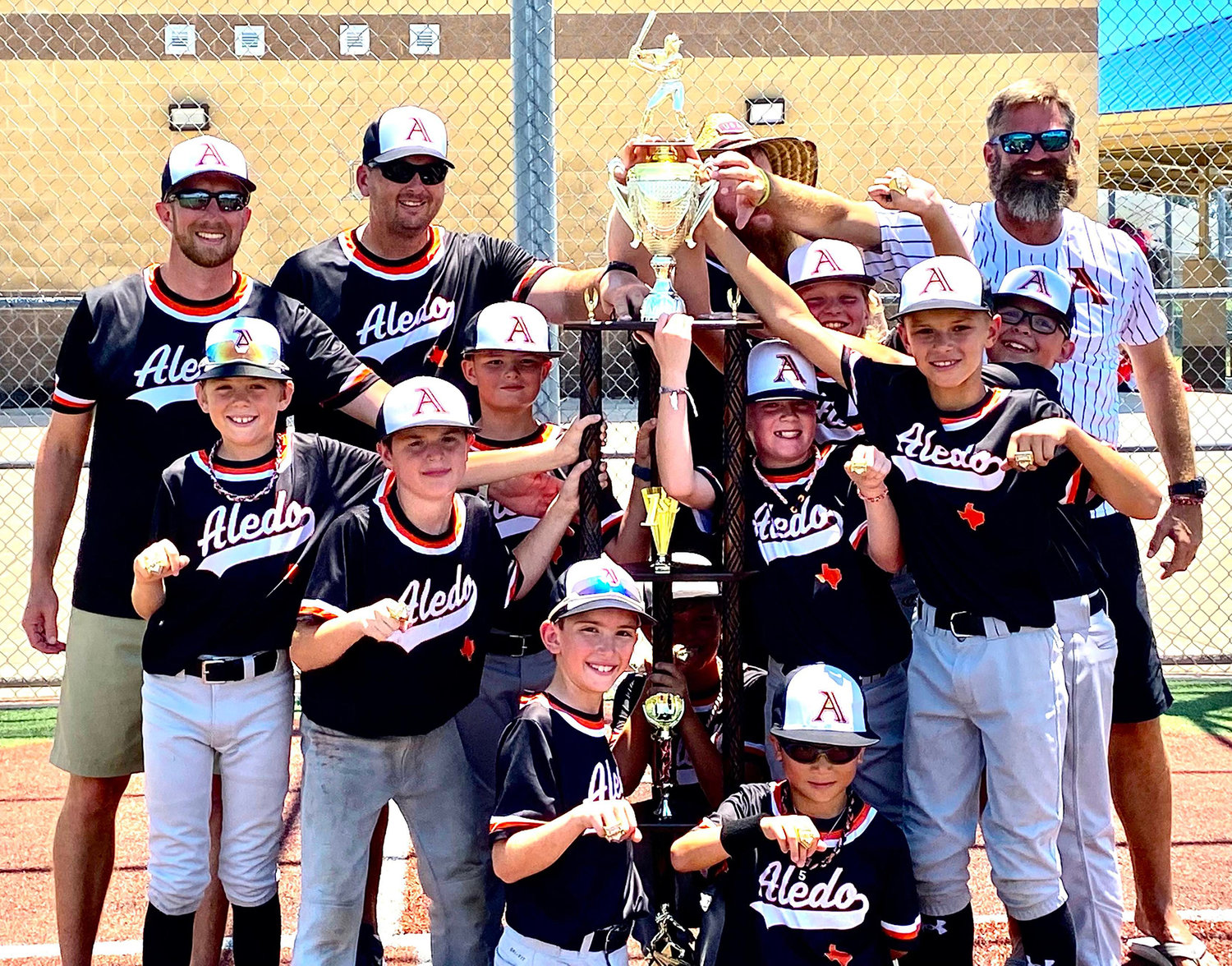 Part of growing up in Aledo for the local youth is playing ball at Aledo Athletics off of Bankhead Highway in the spring. Since 1976 the nonprofit organization has provided Aledo youth the opportunity to play baseball and softball from age 4 all the way through middle school.

At the end of every spring season, the all-star teams take shape and start competing in summer tournaments, culminating with a world series in July.

After the spring season of 2022, coach Jacob Henderson selected his 10U team from the nominees submitted by the coaches from the recreation league.

Once the team was selected, they started playing in tournaments across the Dallas/Fort Worth Metroplex. Many tournaments were played against select teams, which raised the competition level for the young squad.

“We played eight tournaments in nine weeks,” Henderson said. “We started with select team tournaments which were above our competition level, and won a couple, lost a bunch but learned a lot. Then we won two out of three all-star tournaments before heading to New Orleans.”

On Wednesday, July 13, the team traveled to New Orleans for the United States Specialty Sports Association World Series. For many of the kids, it was their first time traveling for a large baseball tournament.

“It was a once in a lifetime experience,” Henderson said. “Five days of tournament baseball, just focused on them and playing some good teams and good competition. The boys really came together as a family and that’s what we preached all summer.”

The first two days were spent in a round-robin competition to determine seeding for the double-elimination tournament. Aledo went 3-0-1 in the round-robin tournament, winning their first game and tying the second game. The next day, the team won both of their games to clinch the top seed in the tournament.

However, the team lost their first tournament game to Slidell, Louisiana, making every game from that point on an elimination game.

In their two games on Saturday, the team snuck by with scores of 6-2 and 9-8, setting up a rematch with Slidell on the morning of July 17. Aledo won the game 11-3 to set up the championship series with Pike County, Georgia.

Because Pike County did not lose a tournament game, Aledo had to win two games against their counterpart from the southeast region of the country. It was a close contest, but Aledo squeaked out a 7-6 victory to set up a championship-deciding game immediately following.

With Henderson’s son Shane on the mound, Aledo held Pike County to just four runs in the game, while the heroes from Parker County scored a whopping 12. With victory at the doorstep, Shane polished off the victory by striking out the final batter and bringing the title back to Aledo.

“What a great feeling that was,” Henderson reminisced. “My son struck out the last guy to win the game and all I remember is everyone running towards third base, throwing their gloves up in the air and there was a big dogpile of celebration.”