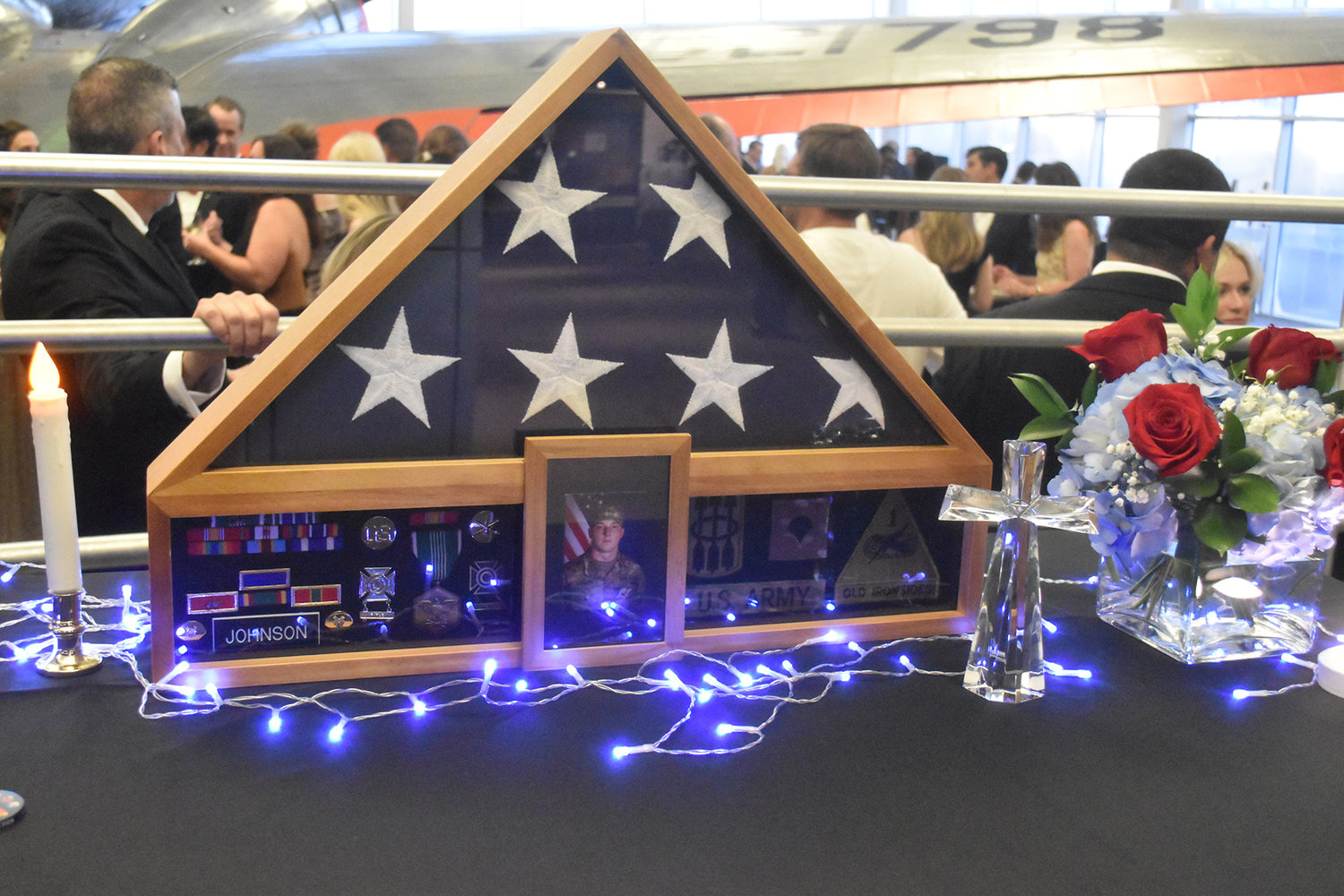 Out of tragedy often comes new life and new opportunities.

So it is for Joe Johnson of Willow Park, a pilot for American Airlines who shared a passion for flying with his late son, Ashton.

Michael Ashton Johnson was born in Fort Worth Texas on Dec. 3, 1992. As a boy he attended Keller schools, and after graduating from Keller High School he attended Tarrant County College for a while.

As a talented athlete Ashton played soccer, baseball, basketball, inline hockey, and ice hockey, and he ended up playing for the Dallas Jr. Stars and the Fort Worth Brahmas.

But after high school Ashton’s love was paintball, and he dropped out of college for a spot on the roster of the San Antonio X-Factor Professional Paintball team.

Ashton lost his spot on the paintball team after fracturing his ankle, and found himself wondering what to do with his life.

Joe wanted Ashton to see if he could get in the Navy. Because Ashton was a body builder, he thought he might be able to get a waiver despite the broken ankle, and felt fire fighting might be a good fit.

“We were asking if there's firefighter positions in the Navy, and of course they were telling us yes,” Joe said. “But later we found out steel boats don't burn. You know, firefighters in the Navy do everything but fight fires.”

When the Navy declined his application, Ashton and his father visited the joint recruitment base in Weatherford. Both the Air Force and the Army expressed an interest, as well as the Marines.

Ashton opted to join the Army, and there he learned about air defense systems. He was sent to Fort Sill, Oklahoma, where his studies continued. 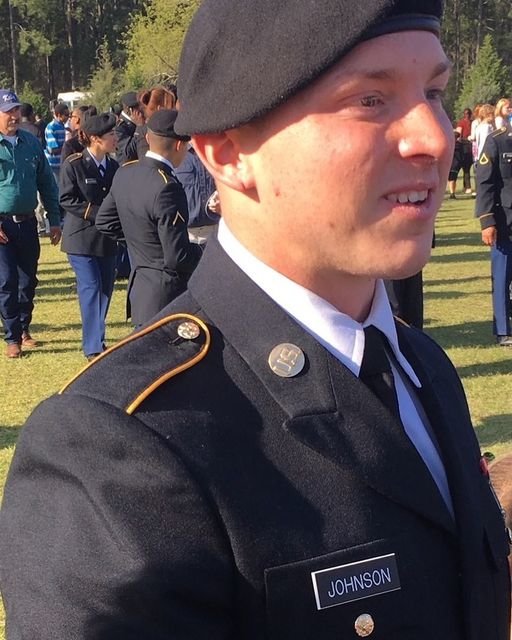 “They taught him how to work on Patriot missile systems and, and C-RAM, which is kind of rocket artillery, mortar, and all the computer engineering goes with all that,” Joe said.

Ashton was moved to El Paso and then to Fort Bliss. Fort Bliss was then deployed to Afghanistan, but due to the technical nature of Ashton’s work, he was not sent because the Army needed infantry for that deployment.

But about six months later Ashton was informed that a staff sergeant in Afghanistan had a death in the family, and Ashton was sent to Afghanistan to take that position.

Joe said when a person is deployed to a combat area, “they prepare you as if you're going to die. So he had to have a signed will, we had to have power of attorney, there's all kinds of things that you have to do when you get sent into a combat zone.”

Ashton’s first stop on the way to Afghanistan was El Paso, and Joe was the pilot on that flight.

“I remember putting a post on Facebook saying I'm delivering my son into the hands of evil, because he's being deployed to go fight in Afghanistan.

“Now, he wasn't gonna be given a gun to do hand-to-hand, but he was being sent to a forward operating base, where he was going to be be running all this highly specialized technical equipment.”

Ashton was in the middle of helping coordinate helicopter operations.

“So he's he's talking with the helicopter pilots, the Blackhawks and the Cobras and all the Air Force guys and all that on the radio. And he's working the midnight shift. And typically when they're going to do an operation, that's when they do it. So he's seeing and hearing everything that's happening.”

One day Ashton called home alarmed. His base had been hit by mortar fire. The mortar hit the dining area, and Ashton suffered a concussion from the explosion.

After a year and a half in the Army, Ashton returned home. He used his G.I. Bill to study aviation and get his private pilot’s license. 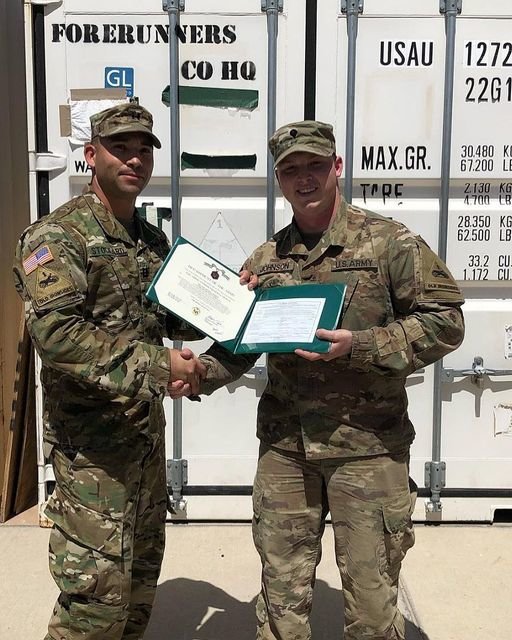 “That's when he found out the G.I. Bill doesn't pay for the private pilot certificate,”Joe said.

In his personal life Ashton enjoyed dancing, flying, and was known for his smile and his kindness.

But about a year ago Ashton lost his life.

In memory of Ashton, Joe started the Ashton Johnson Memorial CloudDancer Scholarship, now a 501(c)(3) non-profit organization “focused on serving veterans who want to pursue a career in aviation.”

The aim of the scholarship is to raise funds to help fill the gap for military veterans who want to obtain their private pilot’s license.

The dream of funding that scholarship came to fruition last month with the inaugural Black Tie Gala on Oct. 15 at the CR Smith Museum in Fort Worth. 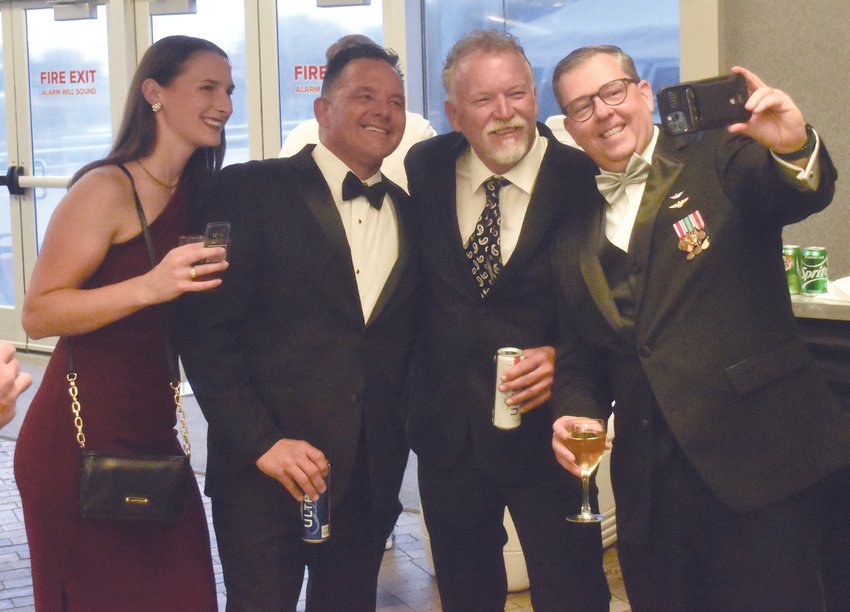 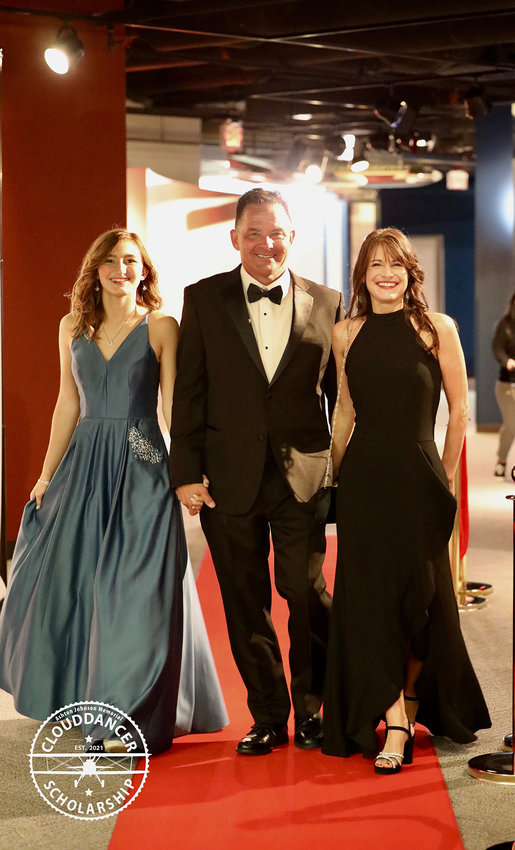 Capt. Joe Johnson with daughter Kaylee on the left and wife Shelli on the right at the inaugural CloudDancer Black Tie Gala.
The museum was an appropriate venue for the event, as those who attended dined in the midst of American Airlines and aviation history in the shadow of a “meticulously restored 1940 Douglas DC-3 aircraft called the ‘Flagship Knoxville’” which was used in the 1940s. 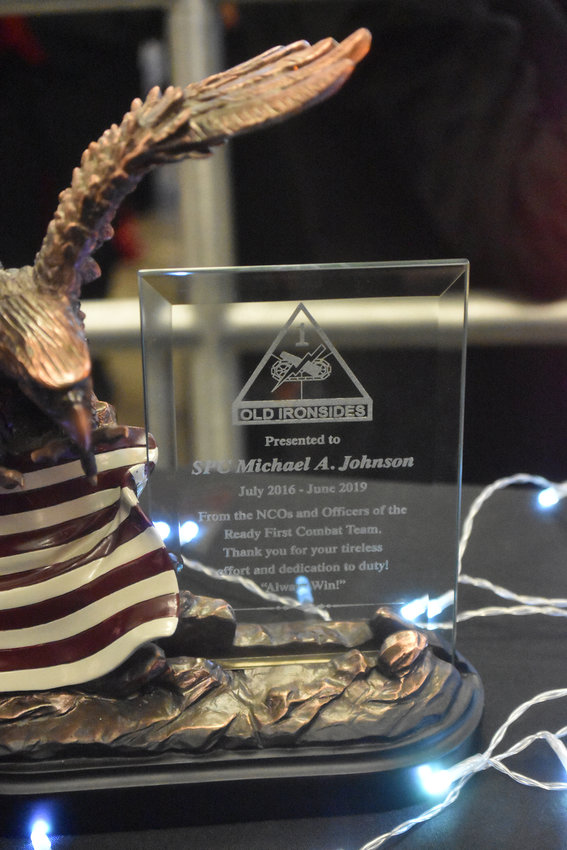 Tributes to Ashton Johnson were on display at the inaugural Black Tie Gala to raise funds for the Cloud Dancer Scholarship Fund.

The keynote speaker at the event was Lieutenant General Steven R. Polk. And in the end the event raised in the neighborhood of $60,000 for the scholarship fund.

It was a fitting tribute that a young man’s love of flying can be passed on to others. 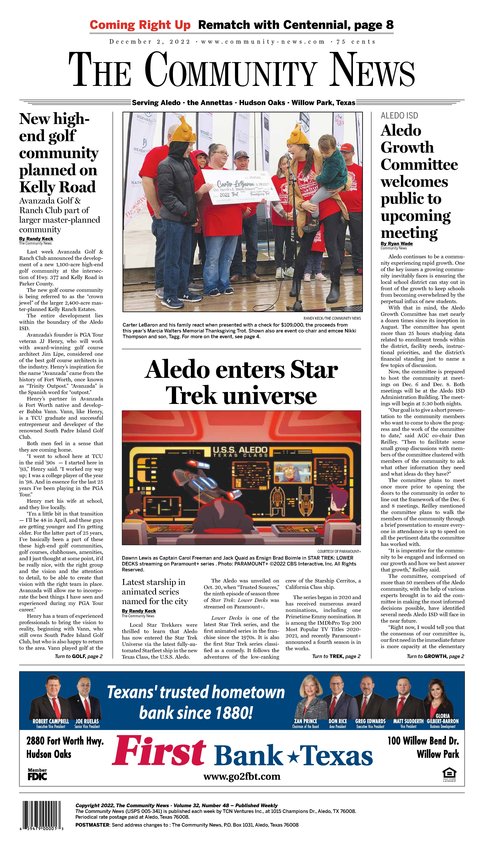