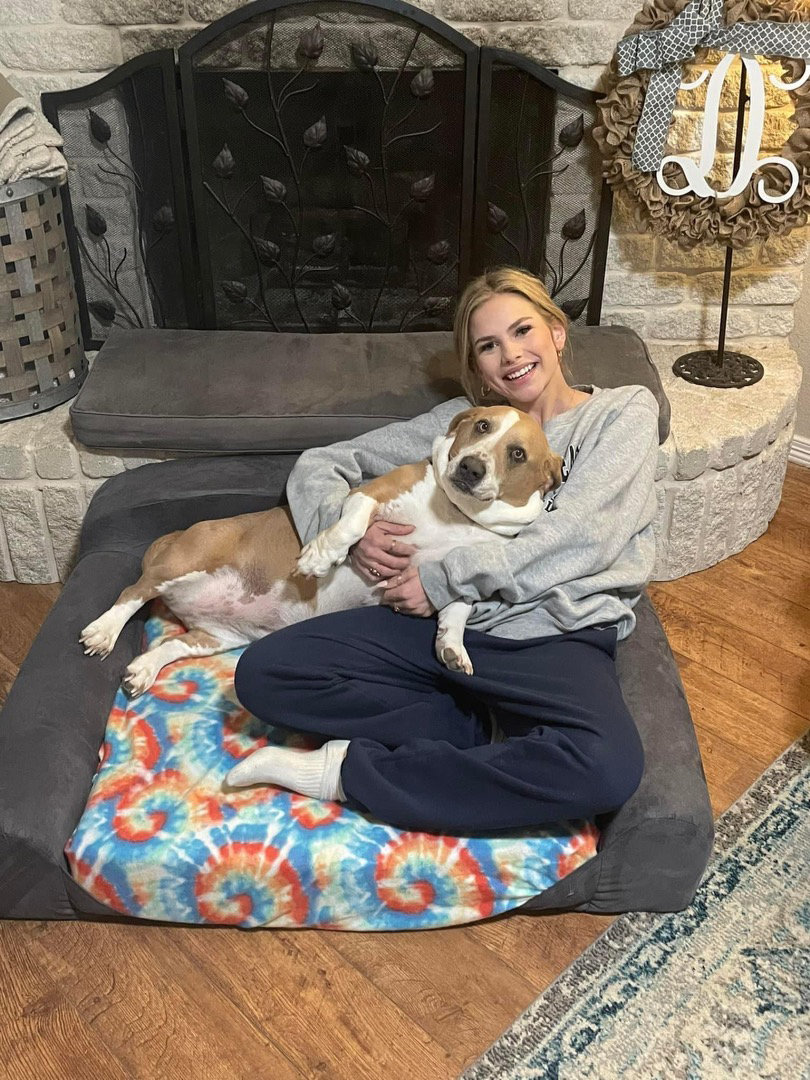 Role models are an important part of life on Earth. Most everyone has theirs for almost every aspect of life. There are many personality traits that one can have to make them a role model to just one person out of the almost eight billion on this planet.

For the past 18 years, Aledo has been graced by the presence of one Emma Davis, who epitomizes the term role model to just about everyone she meets. The 2022 graduate has been active in the community for her entire life, and has tried just about everything there is to do.

“From the day she was born she needed to be doing stuff,” Emma’s mother Karen said. “She got into everything. She absolutely loves people, and she loves to be moving. And she really likes to be helping people. If she sees somebody that needs help or needs a hand, she sees it before anyone else and she’s on it.”

Ever since her teen years started, Emma volunteered her time toward many projects and causes, including the Pythian Home for children, Texas Ramp Project and she was a Holland Lake Nursing Home helper. Just as well, she has volunteered at the food pantry and assembled relief buckets for hurricane victims.

“She’s just always going out of her way to help people,” Emma’s boyfriend Cole Bohnen said. “We’ll be at the store and she’ll go help someone carry bags to their car, she’ll go out of her way to hold the door open for an elderly person, just all the small things that can make someone’s day a lot better.”

Emma makes a save during an Aledo Ladycats soccer game.

Bohnen also spoke to how admired she is at the school for her positive attitude and kindness toward everyone else.

“At school there are people that others won’t talk to,” Bohnen stated. “Emma goes out of her way to make them feel comfortable and make them feel welcomed.”

Emma’s positivity and involvement in extracurriculars such as Leading Ladies, National Honor Society, and Fellowship of Christian Athletes would make anybody understand why she won homecoming queen in 2022 and was named Miss AHS 2022.

However, she also shined on the pitch, as she earned Second Team All-State honors as goalkeeper for the Ladycats soccer team. Emma, or “TED” (The Emma Davis), as she is referred to on the team, had a personal-record 127 saves in her senior season, giving her a total of 427 on her career, which is a school record.

“She’s definitely being missed,” AHS girls soccer coach Bryan Johnson said. “Everybody just wanted to be around her. It helped that she was a great communicator and she just brought this really cool vibe. She was a positive influence, and always happy. Her smile, just her attitude about things, she’s a really good kid.”

Emma Davis adds art to Lance Armstrong, aka "Mario," as a volunteer at the Aledo United Methodist Church Lord's Acre.

“She was homecoming queen, Miss AHS and she’s an athlete,” Bearcats soccer coach Derek Vierling marveled. “And an athlete that could really bridge that gap. As a goalkeeper, you have to get down and dirty, and into the mud, so to speak. And she bridges that gap between homecoming queen and getting down and dirty. To me that just encompasses her.”

On top of all of her kindness and athleticism, Emma is not afraid to try her hand at any new thing that comes her way.

“She’s very multifaceted,” Bohnen mentioned. “She said this year that it was her last year of high school and she wanted to try everything. She became the wrestling manager, she still played soccer, Leading Ladies, and National Honor Society, all the while keeping up her good grades.”

However, despite all of that, her mother was blown away at Christmas of 2021 when Emma told her what she wanted.

“Her only Christmas wish was for a big box of Bibles,” Karen recalled. “And I asked her what she was going to do with that. Needless to say, we got them. She put them in the back of her car and carried around a box of snacks and water bottles. And if she saw a homeless person or someone in need, she would give them a Bible, a snack and a water bottle. She told me not too long ago that she was almost out of Bibles and I told her, ‘You tell me when you’re almost out and I’ll keep them coming.’”

Emma Davis is shown with her father, JD, after she received Homecoming Queen honors pon Sept. 25, 2021.

Emma leaves for Texas Tech University on Friday, Aug. 12, where she will study business and industry. Though she is leaving Aledo to start the next chapter of her life, those around town who were impacted by her will continue to cherish her smile, kindness, and positivity.