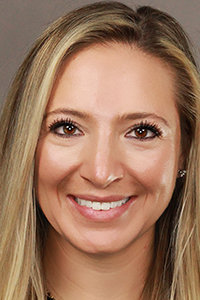 Alexandra Leatu, who coached the Weatherford College women’s tennis team in its return to competition in 2021-22, has accepted the head coach position at Queens University.

Queens is a private university in Charlotte, North Carolina. Currently an NCAA Division II program, the university announced July 1 that it is making the jump to Division I athletics.

After two decades without a tennis team, Weatherford College hired Leatu to build its program from the ground up. In their first year, the Coyotes finished eighth at the NJCAA National Tournament and were ranked as high as No. 7 by the Intercollegiate Tennis Association.

Leatu came to WC after serving as head coach at Division I Georgia State University. She played at Vanderbilt University and Baylor University.

“Alex did a great job of building our program,” said Bob McKinley, WC athletic director. “We appreciate the solid foundation she built here and wish her the best at Queens.”

McKinley said a search for a new WC women’s tennis coach is under way.