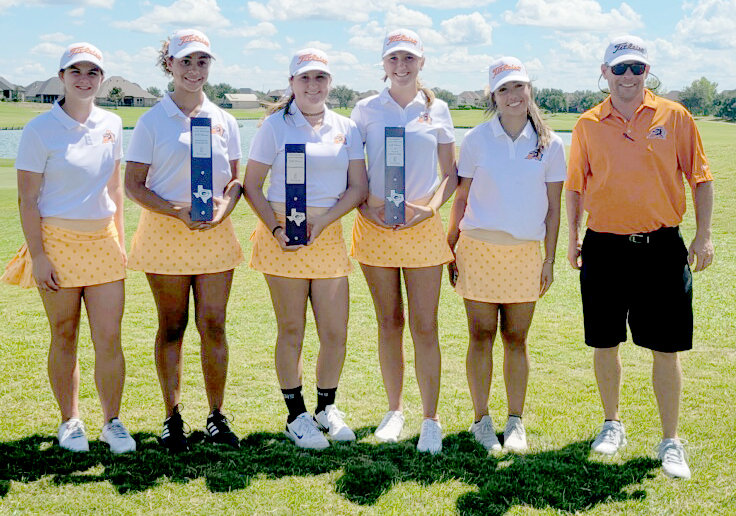 The Aledo Ladycats began the 2022 fall golf season in strong fashion, winning the championship of the Lady Pirates Fall Classic Friday and Saturday at Harbor Lakes Golf Course in Granbury.

The Ladycats had a two-day score of 646, 13 shots better than runner-up Grapevine.

“The girls played really well on Saturday and extended their lead by 11 strokes,” said first-year coach Brian Mourning. “(Mallory) Miller and (Sana’a) Lemen both shot in the mid 70s on Saturday with Lemen shooting in the 70s on both days. Madi Warner, Kyla Morales and Emily Crick finished out the team and all improved their scores on Saturday.”

The Ladycats led by two strokes (329-331) after the first day before improving by a dozen shots on Day 2. Meanwhile, though Grapevine improved to a 328 on the second day, it was well behind Aledo. 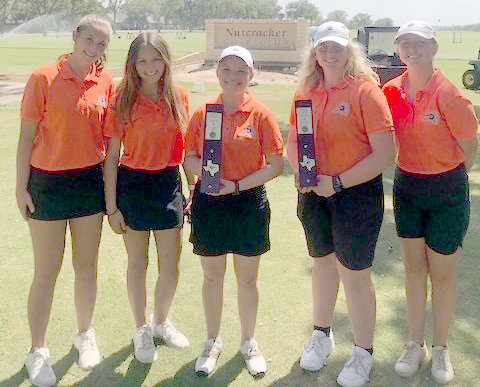 Lemen had rounds of 78 and 75 for a 153 total. She was second overall individually. Miller’s rounds of 80 and 74 gave her a 154 total and third individually.

The Ladycats will next compete in the District 5-5A Preview Oct. 11 at Sugar Tree Golf Course in Lipan.