Ladycats get two wins on the road 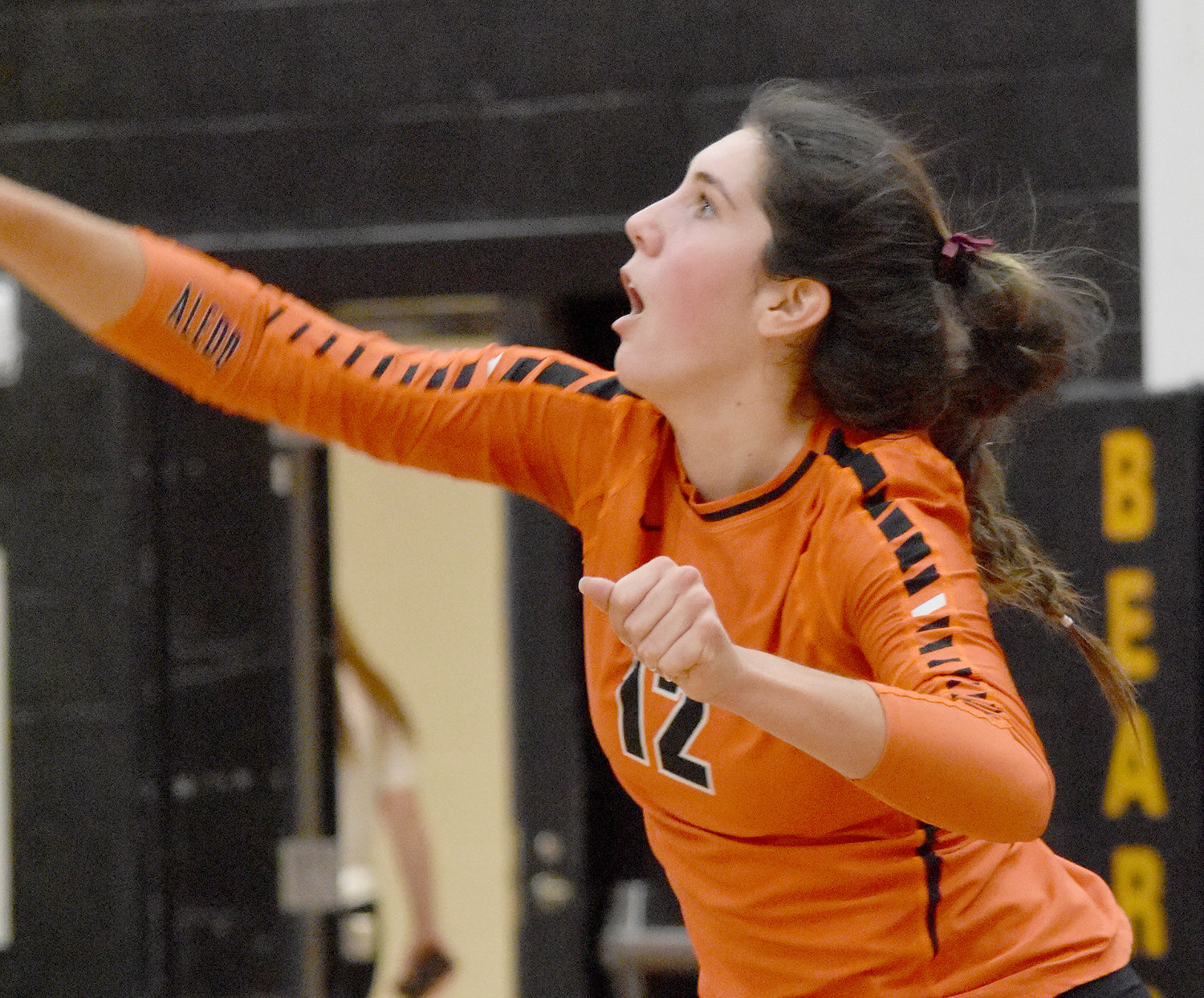 Aledo’s Ladycat volleyball team improved their season record to 21-14 overall with a pair of wins on the road against Saginaw last Friday and Rockwall-Heath on Tuesday. The District 5 win over Saginaw’s Lady Rough Riders bumped the Ladycats into second place in district standings behind the Lady Texans of Northwest ISD, who Aledo will host on Friday, Oct. 7.

It took four, highly competitive sets for the Ladycats to leave Drive Nation with the win over the Lady Hawks of Rockwall-Heath on Tuesday. Aledo took control early with a 25-20 win in set one. The Lady Hawks answered back in the second set with a 25-23 win of their own to tie the match up at a set apiece. Aledo rallied after that to take the next two sets by tallies of 26-24 and 25-22, respectively.

Senior outside hitter Alyssa Gonzales led the Ladycats to victory with an outstanding performance. Gonzales led her squad with 19 kills, three aces, 22 digs, and a pair of blocks to her credit. Lauren Mack made her presence known, as well. The sophomore outside hitter amassed 15 kills, a trio of aces, and 22 digs of her own en route to the Ladycats’ victory.

Middle hitter Maddie Frank led the defensive charge for Aledo tallying six blocks as the Lady Hawks attempted to overtake the Ladycats. She also added double-digit kills to the offensive effort of Aledo with 10 on the night.

Setters Ava Redding and Catie Messer provided support to the Ladycat offensive unit as they combined for 42 assists across the four sets.

Defensive specialist Kenrie Pruitt put her defensive skills on full display leading the Ladycat defense with 15 digs. Frank finished the match with six kills and five blocks to her credit.

Aledo will hit the court once again on Friday when they play host to Brewer’s Lady Bears in District 5 action. Brewer comes into the match boasting a 13-13 overall record and 0-3 in district play. That match is set to begin a 5:30.