Ladycats get back in the win column at Azle 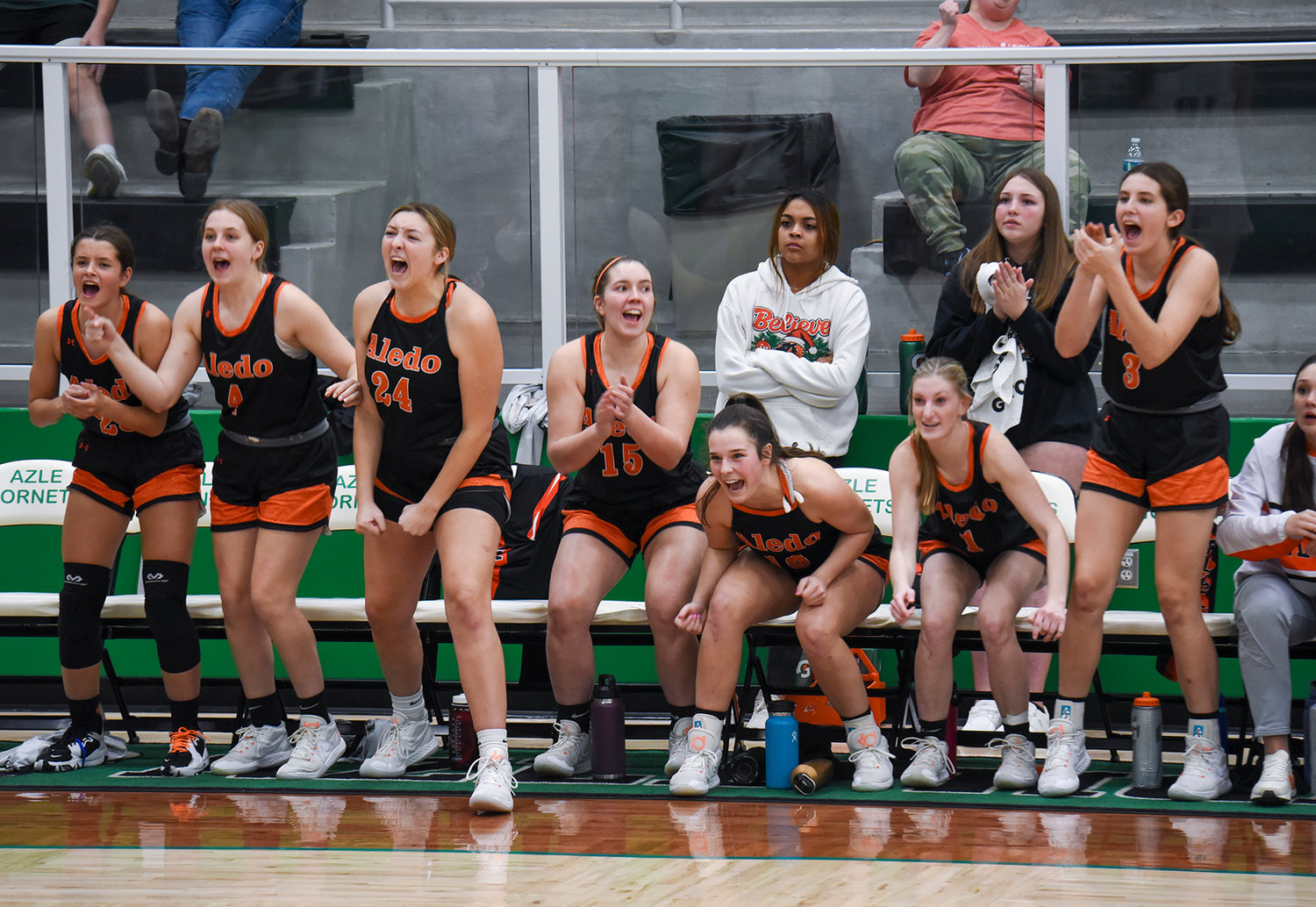 The Ladycats varsity basketballtTeam cheered with excitment when the team tied Azle 36-36 in the fourth quarter of their home game on Tuesday, Jan. 10.. The Ladycats went on to win the game 47-38.
Jackie Hayslip/The Community New 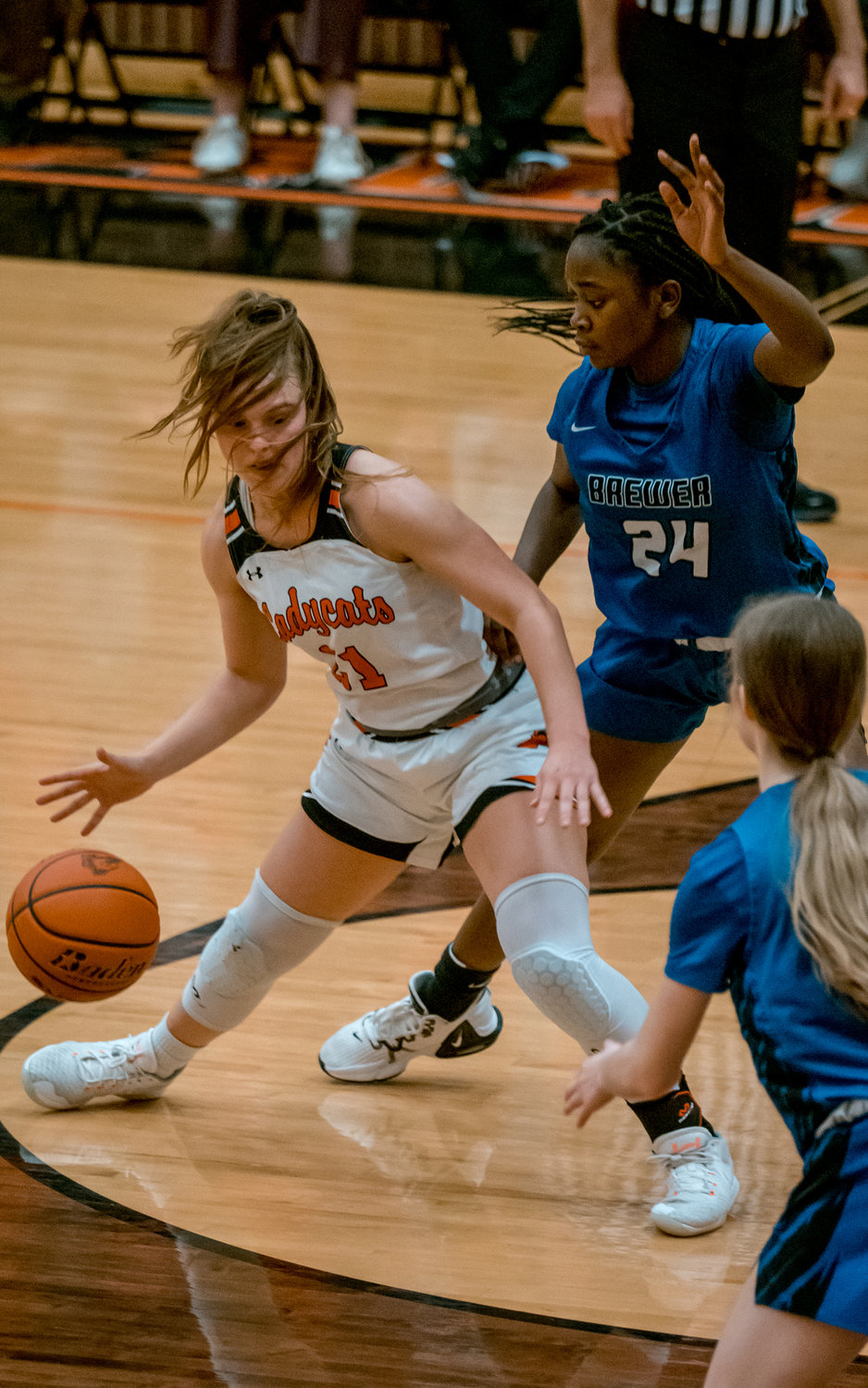 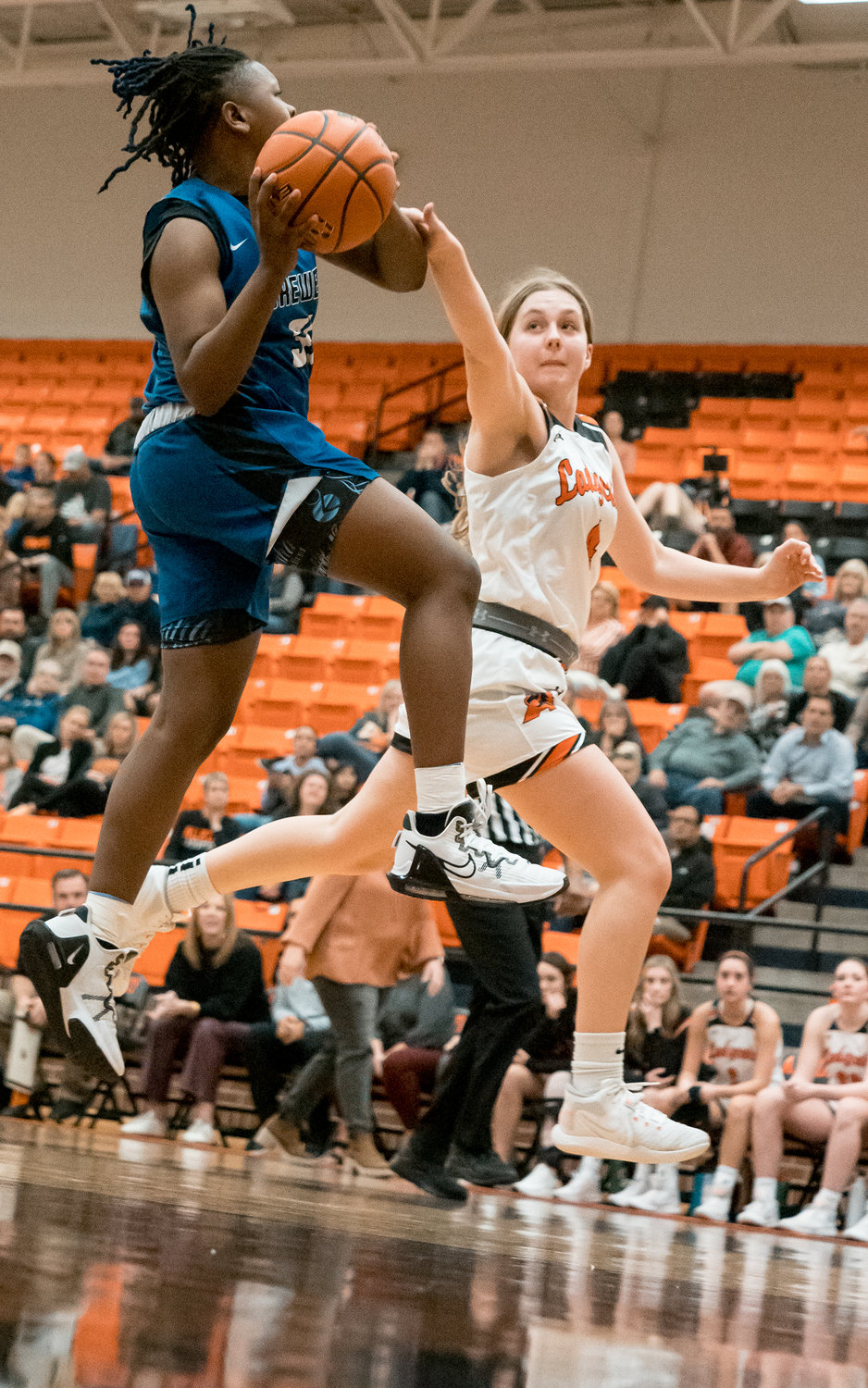 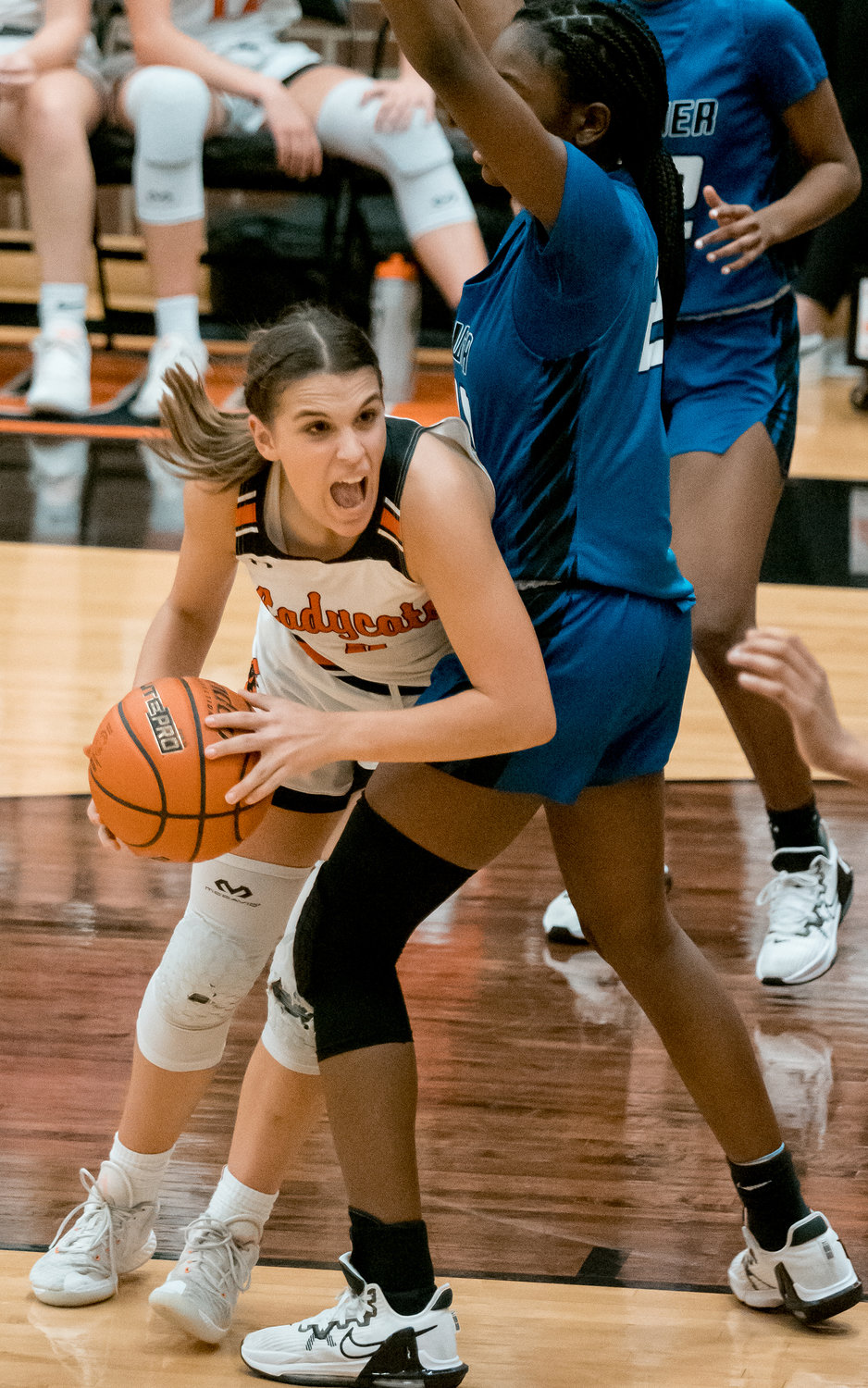 Aledo’s Ladycats worked their way back into the win column on the road in Azle on Jan. 10. Reagan Davis led the Ladycat offense with a dozen points as her team returned home with a 47-38 victory as a souvenir from the trip.

The opening stanza of action saw the two teams deadlocked at 14 apiece through the first eight minutes of action. In the second quarter the Lady Hornets managed to sting Aledo’s offense taking a 31-23 lead into the break.

Coming out of halftime the Ladycats found their way. Aledo’s offense went on a run on one end of the floor while dominating defensively on the other. Heading into the final quarter of play the visiting squad from Aledo held a 39-36 lead.

With eight minutes left to play Aledo’s defense slammed the door shut on a potential Lady Hornet comeback. The Ladycats pounced on Azle, allowing just two points in the last quarter of action while posting 10 of their own.

Heading into Friday’s contest against Brewer’s Lady Bears, Aledo head coach Nikki Hyles knew her team would struggle to deal with the visiting team’s athleticism. Unfortunately, the Ladycats struggled to handle Brewer’s pace or pressure in the game as well.

Brewer overwhelmed the Ladycats on both ends of the court en route to a 26-point victory, with the final score standing at 75-49.

“We’ve got to handle pressure better,” Hyles said after the game. “We struggled setting up an offense; struggled on the offensive side because of their athleticism. We’ve got to be able to handle that a lot better.”

The first quarter of action was highly competitive with Aledo surging late to close the early gap. The Ladycats scored seven of the last nine points in the opening stanza to finish out the first trailing by just three points, 17-14.

As the second quarter began the Ladycats found themselves in quicksand. From then on the harder they struggled, the deeper the hole got. By the time the half ended Brewer expanded the lead from three points at the end of the first to a dozen points heading into the break.

Coming out of the half trailing 35-23 the Ladycats put up 16 points in the third quarter. However, the quicksand only got deeper as the Lady Bears rallied during the same stretch, posting 21 of their own. With three quarters gone Aledo trailed by 17.

Coasting to the finish wasn’t the plan for Brewer in the final quarter of action as the Lady Bears posted 19 more points while holding Aledo to just a dime in the final eight minutes of play.