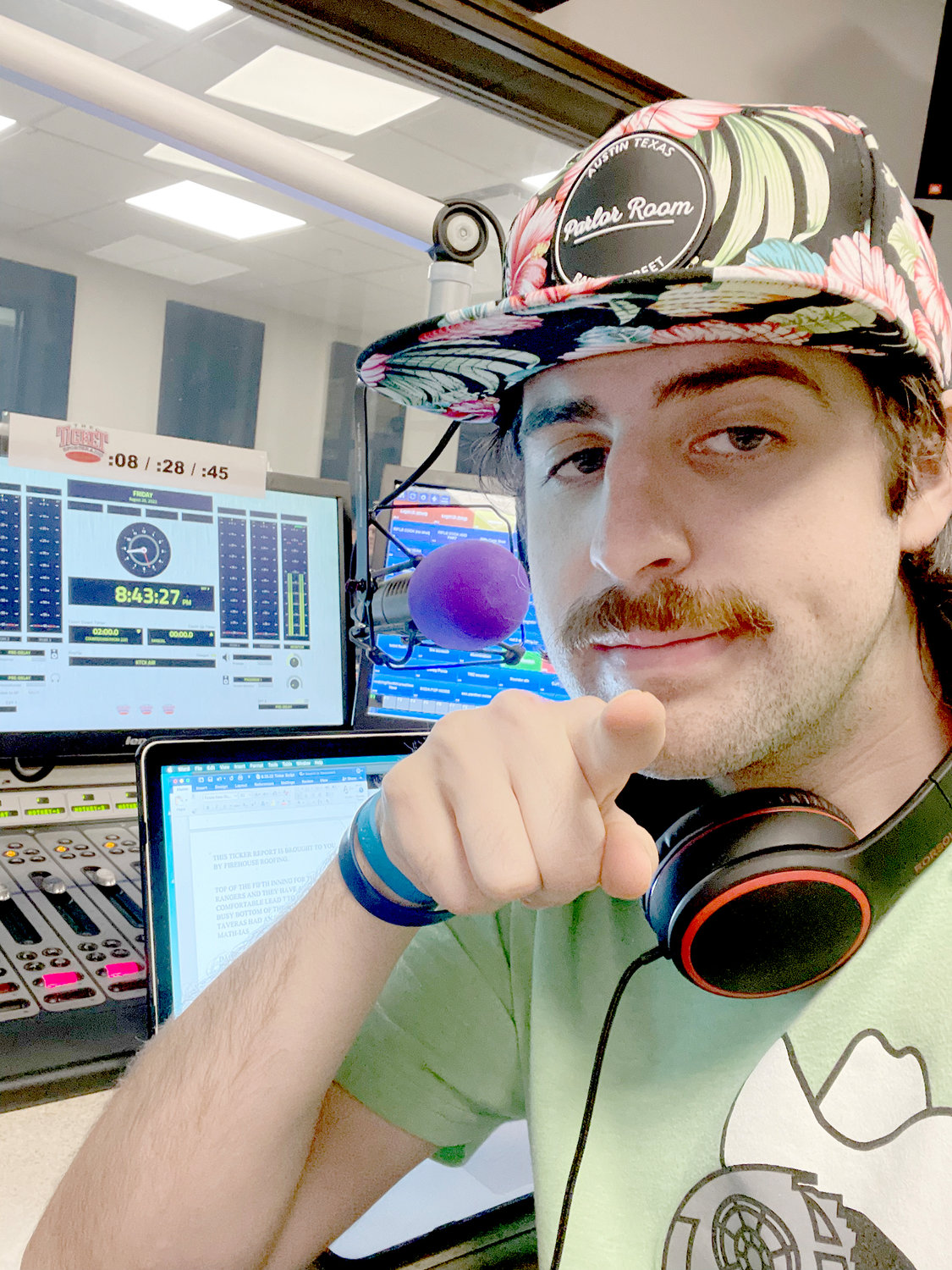 Aledo High School graduate Jay King, 26, is board operator and host of "The Ticket Top 10" at 1310/96.7 FM The Ticket, one of the most popular radio stations in the Metroplex.
Special to The Community News
Posted Monday, September 19, 2022 1:58 pm

I've never gone to work thinking, 'man I'm going to work.' I'm like, 'I'm getting paid to watch the team that's on TV right now. I'm getting paid to be on a broadcast that's going out and entertaining people.'"”
Jay King
By John English
The Community News

From the time he was in the seventh grade, Jay King knew he wanted a career in radio.

The Aledo High School alum is now board operator and host of "The Ticket Top 10" at 1310/96.7 FM The Ticket, one of the most popular radio stations in the Metroplex.

He's also proof of the old adage "once a Bearcat, always a Bearcat." He moved with his family to Aledo from Wylie during his middle school years and said Aledo is still the place he calls home.

"I love it there," King said. "I never had any bad experiences or anything like that, and it was a great place to grow up. I made a lot of close relationships with people."

King made the most of his teenage years in his adopted city, playing basketball and baseball for a time at Aledo High School, as well as the trombone in the marching band. But it was a different pursuit that really helped him the most in cultivating and honing his budding radio talent.

"I joined the yearbook because I wanted to do something kind of like journalism,” King said. “I knew I wanted to get into that field. And so the yearbook teacher, Cheryl Posey, let me take pictures, she helped me get involved with sort of laying out pages and things like that. I had never even met her until I enrolled in her class, and she opened me up to it and helped me get started in doing what I wanted to do."

King, 26, said that even before he arrived in Aledo, radio programs held a special place in his heart.

"In seventh grade, I knew that's what I was going to do," King said. "My granddad and I listened to old radio shows like 'War of the Worlds' and 'Amos and Andy' and so forth. I thought they were even cooler than television." 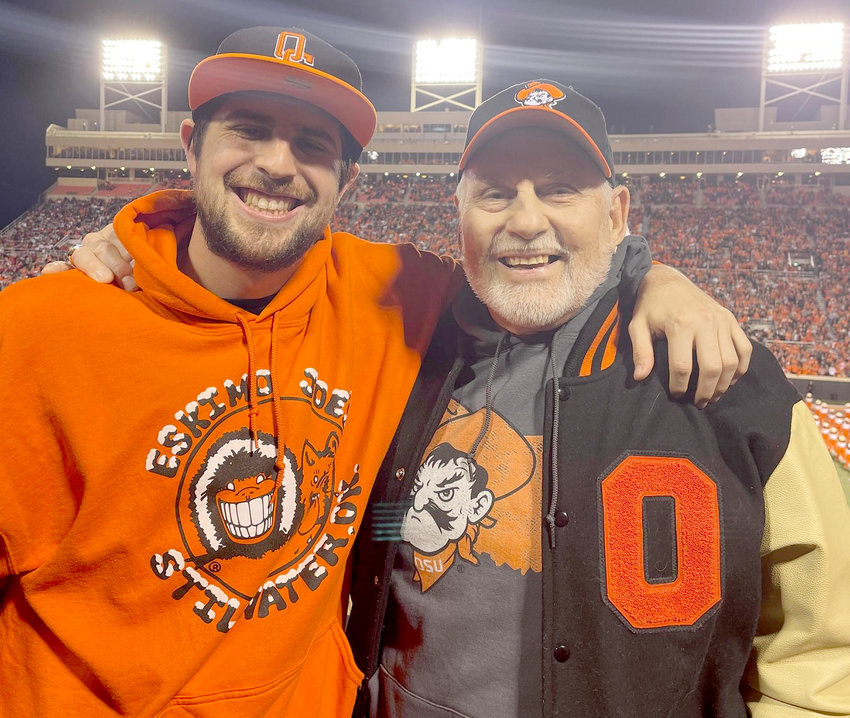 Jay King is shown with his grandfather, Jim Webb, who helped inspire his love of radio.

He has worked as intern with Cumulus Media and the "Wake Up With The Wolf" show on KPLX, and as a station manager at KSSU, U92 FM in Durant, Oklahoma.

But even with all the experience he was gaining, something was still missing.

"Sports radio was my biggest dream," King said. "That's where I wanted to be because it's a mixture of the two things I love. I was willing to do anything in radio to get there, no matter what."

"It always helps when your team is as good as they are," King said. "And it makes you a little more passionate, because you have a product that's like 'oh man!' The opportunities they get, where they're playing, the caliber of teams they are playing, the high profile, great teams — it was awesome. No offense to the small schools, but a team that's got a lot of opportunities like that was really cool to see."

King's show, "The Ticket Top 10" is described by the station's web site as "a replay, regurgitation and review of the station’s best hot sports opinion discussions, hilarious funny bits and wheels-off-the-cuff moments that you may have missed the first time around."

King said he was humbled to be given the chance to host his show at the age of 26, something that just happened this past June.

"It's not like I talk a whole, whole bunch," King said. "I listen to the ticket almost the whole day, and I work with the producers and pull the best segments from the show, handing them down. Then I edit it down to a certain hour-and-a-half or two-hour format and then I do a little voice track over it like, 'Hey, listen to The Musers broadcast Monday morning,' you know, stuff like that.”

King also runs the board when the Stars season starts up, and said the best part of his job is that often he forgets it really is a job.

"It's brought me a lot of joy when times are tough or when things suck. I just go and turn on a game and turn off my brain and listen to what's happening. Listening to people talk or being a part of a conversation — being a part of a friend's group and stuff is what I love. So I don't ever go to work."

King said he tries to get back to Aledo as often as possible to stay connected with family and friends, and said his ultimate career objective is definitely within reach, but not necessarily something he is in a rush to obtain.

"Everyone says they want to be an on-air host and things like that,” King said. “That's the goal. That's the big thing. So, of course, that would be cool. I would love to do something like that, but just even being involved now in the way that I am, I thought that would be something longer-term, or that I would have gotten later on, so this is all pretty much a dream right now.

"I just really try to enjoy it all and to enjoy the journey. I don't know how long the ride will last, so I try to enjoy every minute of it.”

Editor’s note: “Where are They Now” is an occasional feature of The Community News tracking the careers of local graduates. If you know of a good candidate, let us know at news@community-news.com!