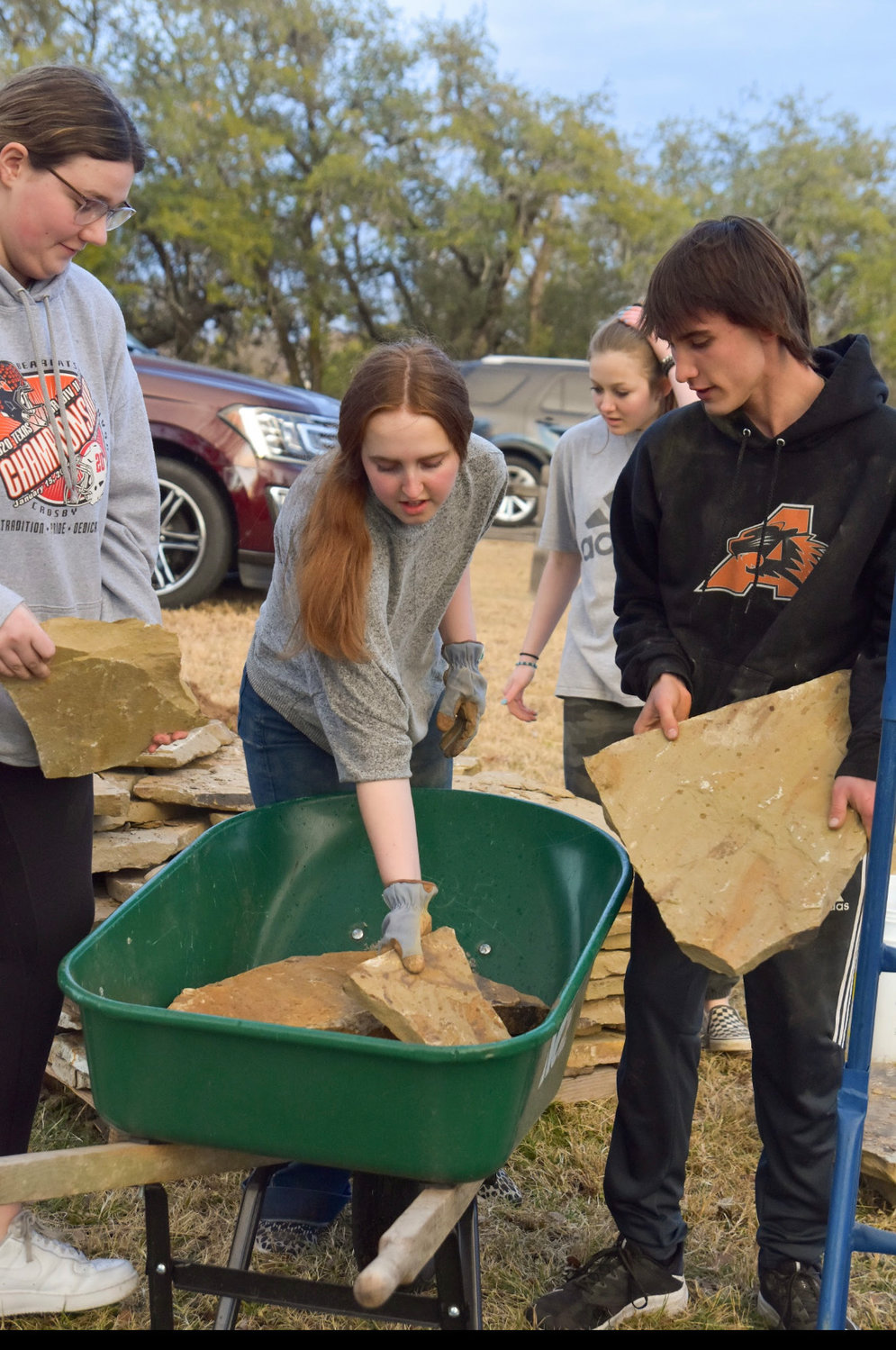 The word “garden” brings to mind beauty, delicacies, all things good for humankind.

What better way to make an impression on the community she calls home than by creating her own garden, Aledo High School graduate Gabby Shultz thought. So, as one of the top 10 honorees in the Ford Leadership Scholars program, that's exactly what she did.

"When I first became part of this program I knew I wanted to leave an impact on my community, I just was not sure how. I experienced several roadblocks, failures, and barriers. From trying to build a splash pad to trying to update my local library I experienced several failures. But from both of these, I realized what I truly want to do," Schultz explained.

Her passion for the outdoors, especially education outdoors, drove her on. She met with local government officials to discuss how she could help with the local master gardening program. The result: an even more beautiful Cross Timbers Garden for folks to enjoy.

"Meeting individuals such as Ms. (Cynthia) White, Ms. (Toni) Fisher, and Ms. (Lea) Young, this group of people has shaped me into the person I am today in the few short months they had with me," Schultz said. "From the first meeting outside of the garden to speaking at the Parker County Master Garden Convention in front of hundreds of master gardeners, it has been an incredible experience."

The garden, located at  631-799 Ranch House Rd. in Willow Park, was already a pleasant place to visit, and was made even mores o through Schultz's project.

"Right now, due to heat, it’s hard to see what plants are there, but they are working on tending extra water care to them," Schultz said.

Some of the more notable plants among the many at the garden are lambs ear, several types of shrubs, Mexican honey suckle and several other plants that attract butterflies.

Schultz is one of two Aledo High School students to rank in the state's top 10 among Ford Leadership Scholars, presented by the Texas Future Farmers of America program and Texas Ford Dealers. The other is fellow graduate Dylan Sweatt, and repeated efforts to reach him for comments and information for this story were unsuccessful.

The purpose of the program is to identify students who exhibit high levels of leadership at the chapter level of the FFA, engage these students in leadership development, and recognize the scholars to build a legacy in the future of the state and the nation.

Each got a $1,000 scholarship. Schultz will attend Texas Tech University this fall and will major in animal science, though she also plans to remain in agriculture.

"I do love gardening due to being passionate about the outdoors and taking classes over my high school career," she said.

Schultz raised almost $1,500 in cash, along with many of the supplies for the garden, through donations. There was more than $1,300 for maintenance left over once everything was finished.

Schultz said she got selected to participate in the program her junior year through an intense application, a test over the book Daring Greatly, and then getting chosen for a round of six one-on-one interviews and one team interview.

When all was said and done, she and Sweatt were two of only 10 students across the state honored as Leadership Scholars.

Schultz's love of gardening also comes from her upbringing, she said.

"My family has always loved gardening. I grew up growing plants, foods, and more so I have always loved it," she said.

"Now, to say I found my place and project is most definitely correct, yet that's not to say I didn't struggle," she continued. "Several days and hours of feeling defeated were to come when it came to trying to make my project the best I could make it. Yet I learned to push through and could not be more thankful."

This story is slated to appear in the July 29 issue of The Community News.