Bearcats to scrap with Rough Riders in Saginaw 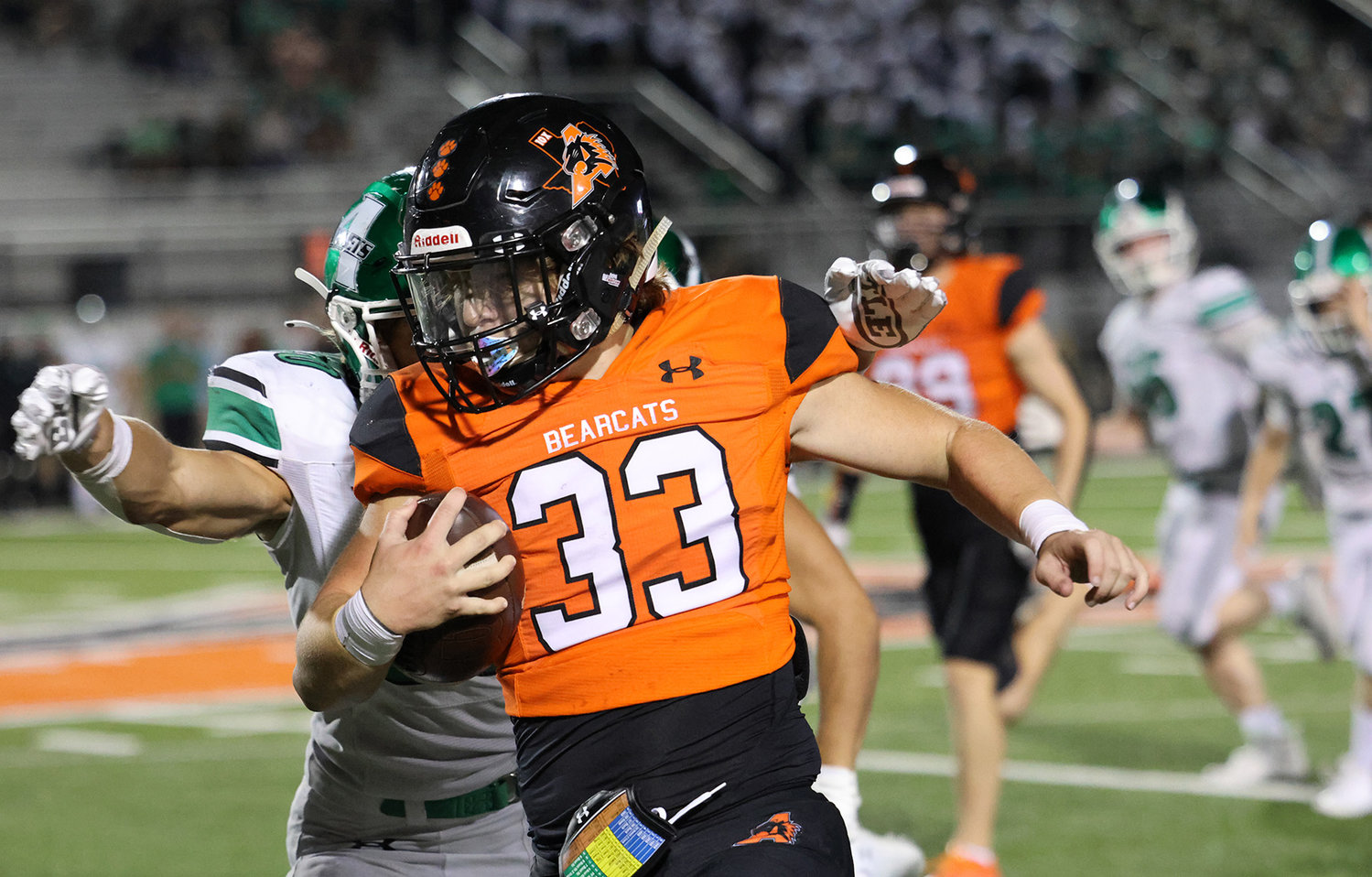 To say it has been a rough season for the Saginaw Rough Riders would be, well, a rough comment — and that’s saying the least.

And it’s not going to be any easier this week as the Rough Riders will host the Aledo Bearcats, who are going in a completely opposite direction following back-to-back season-opening losses for the first time since 1991. The Bearcats are 2-2 overall and 2-0 in district after convincing wins at Northwest (49-20) and at home against winless Azle (55-20).

Meanwhile, Saginaw has not won since the opening game of the 2021 season, having dropped 13 straight and 23 of their past 24.

But Bearcats coach Tim Buchanan noted the four teams that have defeated Saginaw (they also faced Boswell and Fort Worth Northside in pre-district) are a combined 13-1. Buchanan knows a thing or two about playing a tough schedule as his team dropped pre-district contests at Dallas Parish Episcopal (24-17) and at home to Denton Guyer (44-14).

“They’re better than people think they are,” Buchanan said of Saginaw. “They are really good in the defensive backfield. We’re going to have to work to throw the ball on them.”

However, given that the Rough Riders are surrendering 234 yards per game on the ground and the Bearcats have one of the top running backs in the North Texas area in junior Hawk Patrick-Daniels (64 carries, 562 yards, 7 TD), just how much that secondary will be tested is a question. Daniels is coming off a 282-yard, three-touchdown game against Azle.

Also, Daniels did not become the starting tailback until the second game. In the season opener at Parish Episcopal he carried just once for three yards. 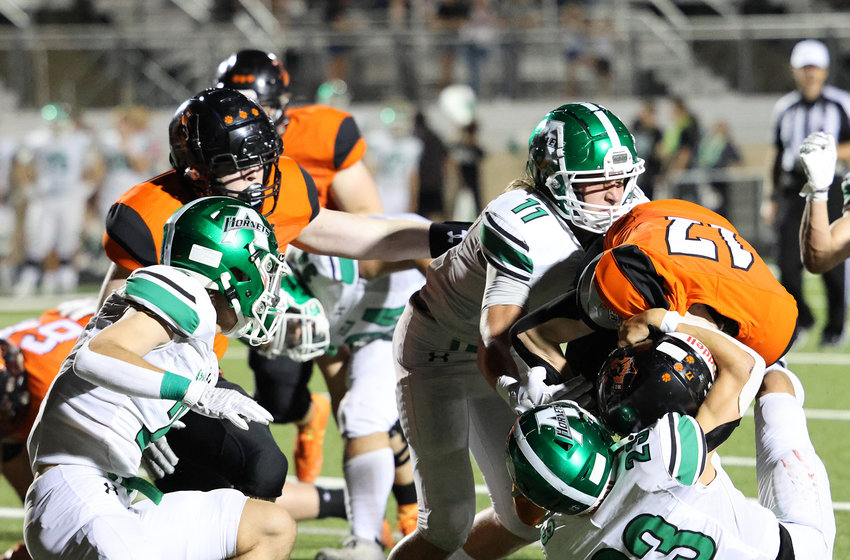 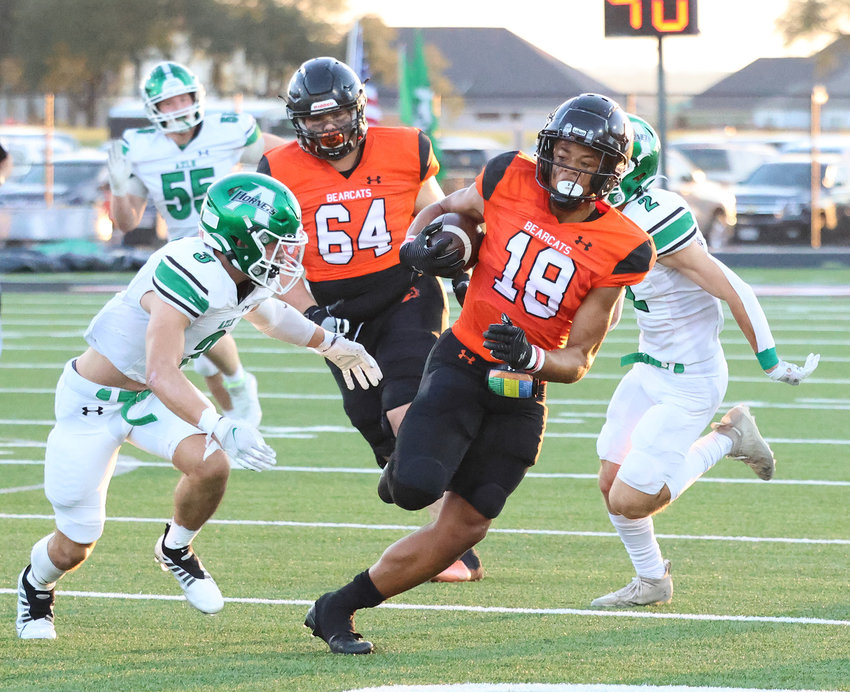 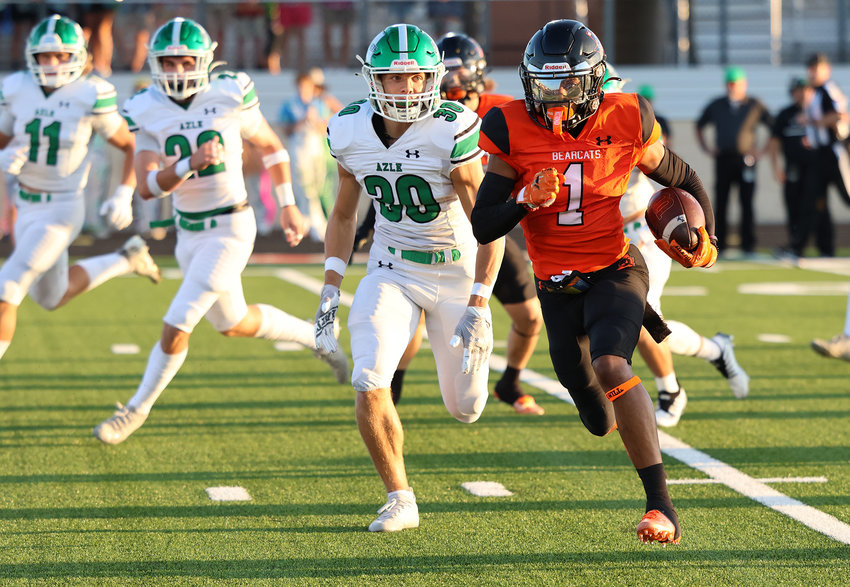 Hawk Patrick-Daniels continued burning turf against Azle. He picked up 282 yards on 23 carries. 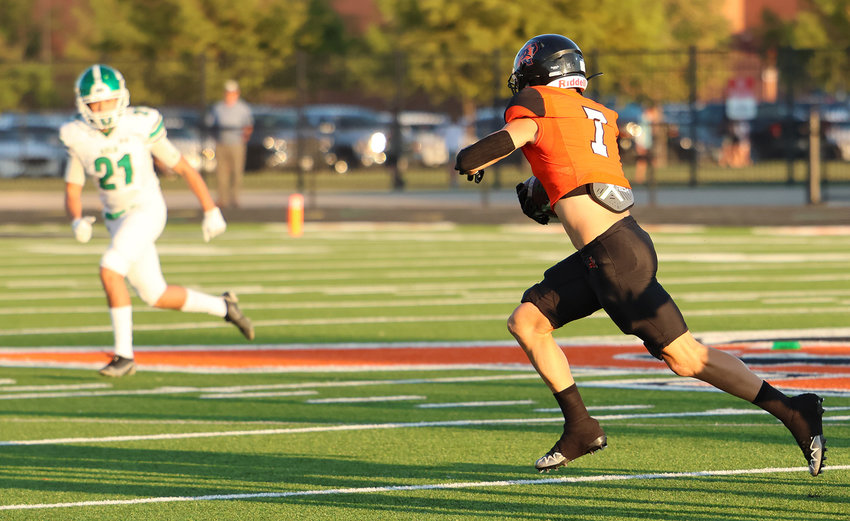 Jake Gillespie returns an Azle kickoff for 36 yards. Gillespie also had a punt return for a 31 yards.
Previous Next

With the team’s leading tackler, junior linebacker Ky Howington, sidelined last week, a new standout emerged on the varsity defense. Sophomore linebacker Ben McElree was called up from the junior varsity and responded with a team-leading 13 tackles, including two for a loss, with a fumble recovery that led to a touchdown.

“He worked his way to the varsity,” Buchanan said. “Anytime you move a JV linebacker up and he’s going to be a starter there’s a question mark, but he was really good.”

Buchanan said Howington is expected to be back this week. McElree, however, will also stay on the varsity.

The Bearcats remained No. 7 in this week’s state rankings from Dave Campbell’s Texas Football and the Associated Press. Also from the district, Denton Ryan moved up a spot from No. 4 to No. 3.

The two teams that have defeated Aledo are also state-ranked. Parish Episcopal is No. 1 among private schools and Guyer is No. 6 in 6A.

Watch out for Centennial

Ever since the UIL announced that Aledo and Denton Ryan would be in the same district this season, all eyes have been on their Oct. 21 matchup in Denton. However, Buchanan has some advice for his players, coaches, and the Aledo faithful.

“I knew Centennial was going to be good, but they are better than I anticipated,” he said. “We’d better not be looking past them.”

The Bearcats travel to Burleson to face Centennial, the district’s lone undefeated (overall) team, on Oct. 14.

District 3-5A Division I standings

Game at a glance

Notable: Aledo has won 105 consecutive district games dating to 2007…The Bearcats are 4-0 all-time against Saginaw, winning by an average margin of 50-8. All of the meetings have been in district, with the most recent being a 52-7 Aledo win in 2017…The Rough Riders last made the playoffs in 2019, losing in bidistrict. Since winning their regular-season finale in 2019 they are 1-23 with 13 consecutive losses.