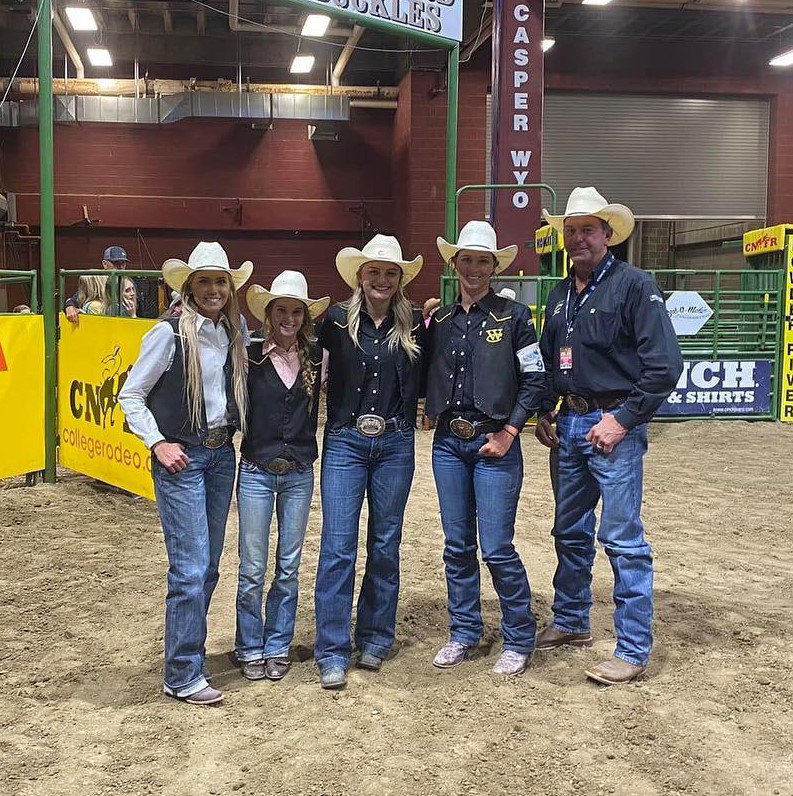 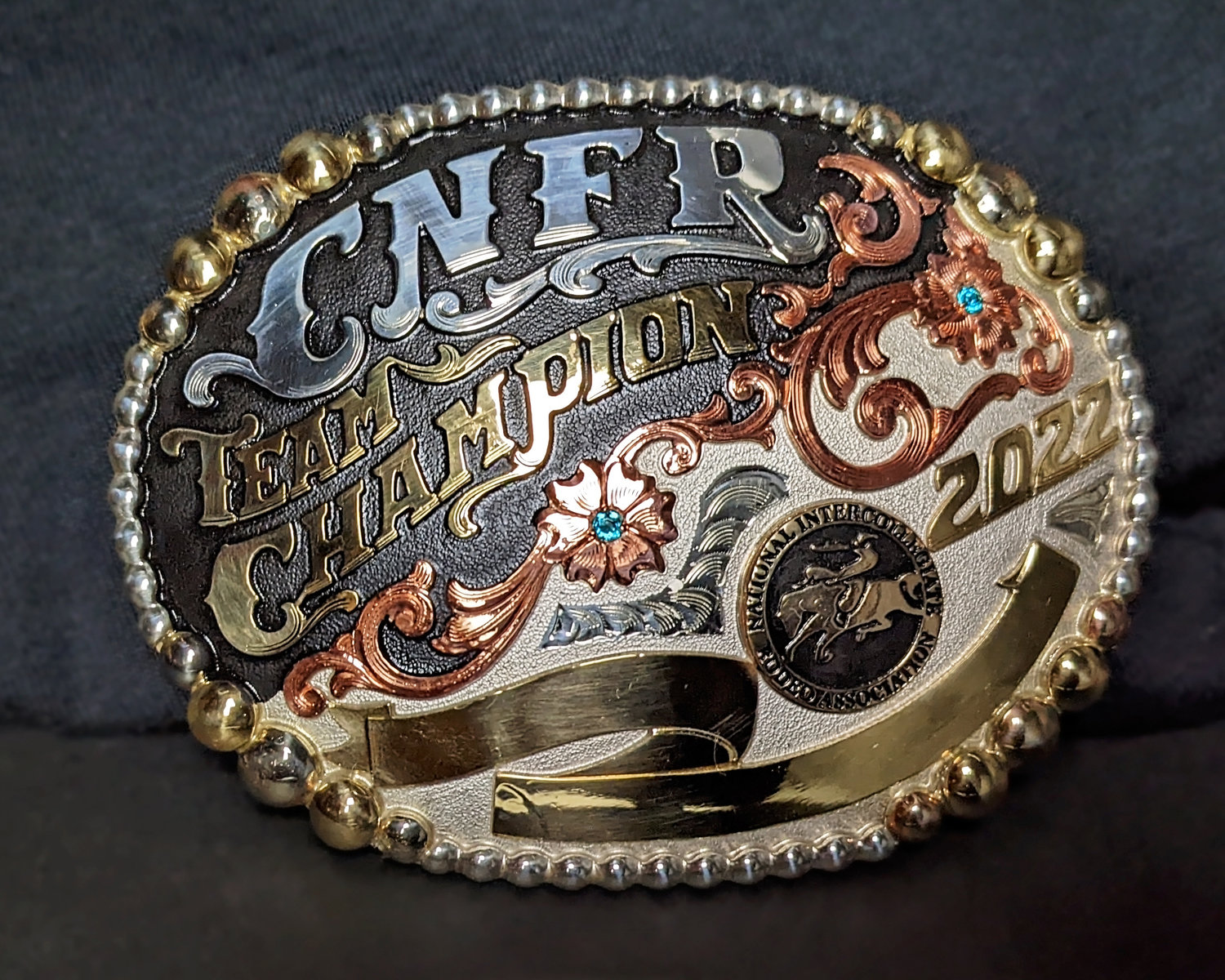 For the first time in school history, a Weatherford College athletic team can call themselves national champions.

The WC women’s rodeo team came from behind in the standings on the final night of the College National Finals Rodeo, overtaking Southwestern Oklahoma State University by 8.3 points to win the title in Casper, Wyoming, on Saturday, June 18.

“It was unbelievable,” said Johnny Emmons, WC head rodeo coach. “Two of our girls were at the CNFR last year, and all four were consistent and smart. They knew what they had to do to win.”

Emmons said the team got better and better as the week went on.

“We were sitting at sixth place as a team, but we had all four girls in the top ten,” he said. “I had a feeling all week that we would make a run, and we did. It came down to the very end. I’m so proud of this team!”

The women’s team title wasn’t the only national championship won by WC this year. The team roping duo of Weatherford’s Jace Helton and Cisco College’s Riley Kittle moved from second to first with an 11.3 in the championship round to win the title.

“They were outstanding,” Emmons said. “Looking back, their second steer could have taken them out of it. It jumped real wild, but Jace was patient and salvaged a 9.9. They wouldn’t have even made the finals with a no-time there.”

Brie Wells continued her consistent run through the CNFR with a 2.7 in the short go of breakaway roping. She was named reserve national champion, finishing in second place with 10.3 total over four rounds.

Weatherford goat tyer Kristin Reaves had the fastest time in the history of the CNFR with a 5.5 Saturday night. She brought home third place with 25.0 overall, just 0.1 second behind the two athletes that tied for the national title. Kodey Hoss finished seventh in the event with a 7.1 Saturday and 26.2 total.

Cash Enderli finished 13th in tie down roping and Chance Thiessen was 24th.

The WC men finished 18th out of the 89 teams represented at the CNFR. This was the 18th consecutive CNFR for the WC rodeo program.