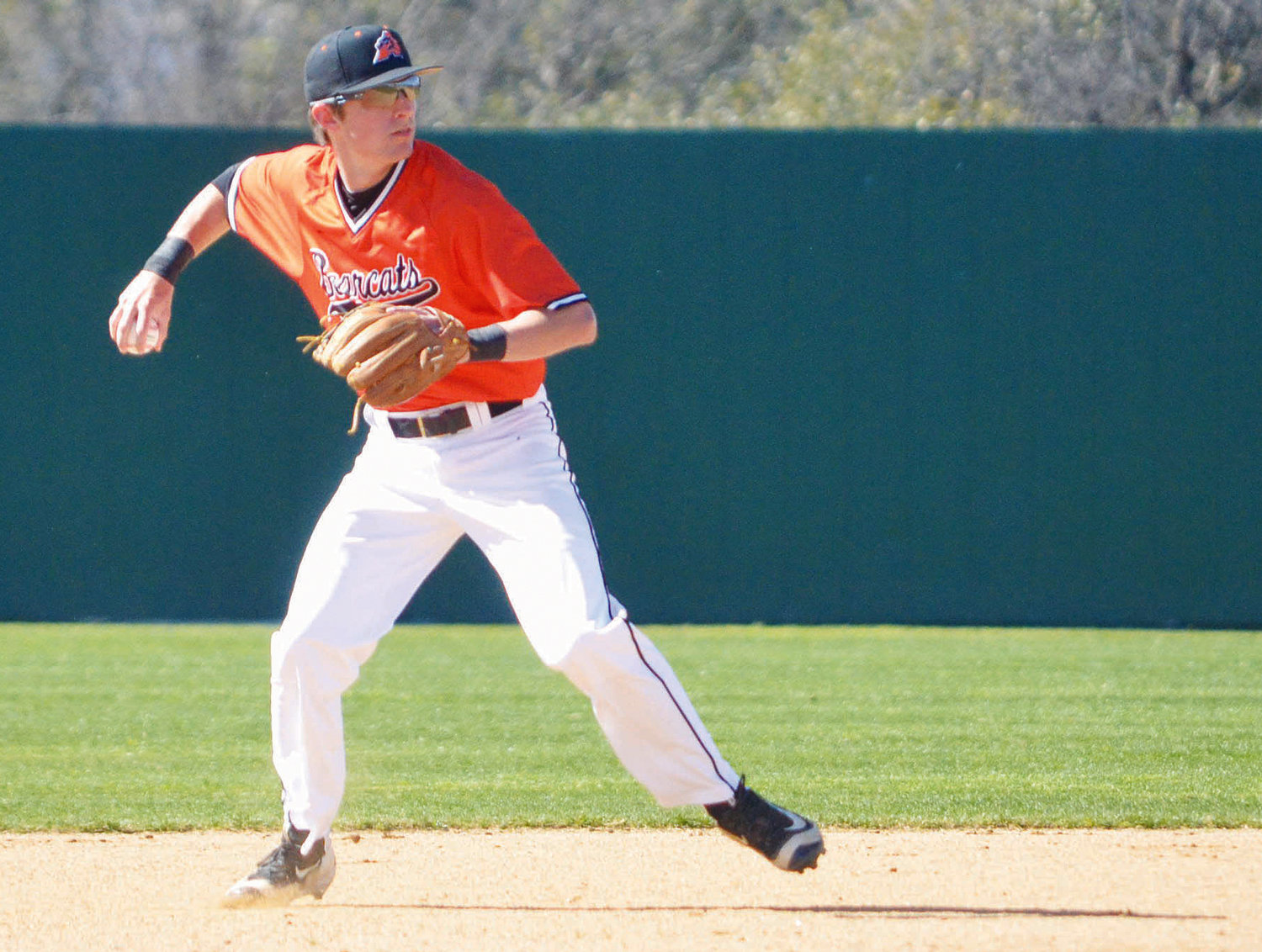 When Hunter Rosson graduated from Aledo High School in 2018, his future in the game of baseball looked bright. He had been a major part in the Bearcats baseball program through his time in high school and it was time for the next step.

After a long and winding road of obstacles, Rosson announced on July 11 that he would spend his final two years of eligibility at Ohio State University.

Initially out of high school, Rosson decided to stay close to home and play ball for the Weatherford College Coyotes of the North Texas Junior College Athletic Conference.

When the fall season started in 2018, things took a wrong turn for Rosson as he suffered a hamstring injury during conditioning drills that kept him sidelined.

“I thought it was a cramp at first,” Rosson explained. “It never really went away. I tried to stay off of it, I tried to do rehab and it eventually felt better. Then a week later I tore it, so I didn’t have a fall season my freshman year.”

After nursing the injury over the next few months, Rosson worked his way back and ended up being named the starting shortstop for the spring. Not long into the season, the injury came up again, forcing him to miss the majority of the season until the final two series of the regular season.

The following summer, he traveled to California to play in a summer collegiate league, but yet again the hamstring continued to cause problems.

“Thankfully, I didn’t tear it again,” Rosson remembered. “It definitely started bothering me again, though, so I shut it down after only a week of being out there. Basically, my whole freshman year was kind of just a wash, so it was frustrating.”

In the fall of 2019, the Coyotes appeared to have a truly special team on their hands. Then Rosson got another curveball with the breakout of the COVID-19 pandemic, shutting down the season prematurely.

“We had a really good team,” Rosson recalled. “We were at the top of our conference, we had a couple (NCAA) Division I guys, a couple draft guys, I feel like we could have gone pretty far in the postseason.”

Due to the pandemic, Rosson was given the option of staying at Weatherford for another year or transferring to a bigger college. With all college athletes getting the same option at all levels, he decided to stay another year, hoping to get more playing time.

“I had a couple schools that offered me,” Rosson said. “I had a decision to make, and I kind of knew that the DI schools would be pretty backlogged, so I just decided that Weatherford was my best option.”

The Coyotes had a number of other players decide to stay, keeping a talented roster together and starting off the season with a bang. Rosson, who had been moved to left field, hit a home run in the opening tournament to start the promising campaign.

Then, in the final game of the tournament, Rosson reinjured the same hamstring.

“I hit a ball up the middle that the shortstop made a play on,” Rosson described. “I ended up being safe at first because of the throw, but because it was so late and the game went so long I just felt my hamstring pop again.”

Again, Rosson missed the majority of the season with his injury. Despite the time on the injured list, he fought back late in the season and earned second-team all-conference honors.

He ended his career at Weatherford with a career total .305 batting average in 269 at-bats with 14 home runs and 52 runs batted in.

“I’m super thankful for everything that (head) coach (Jeff) Lightfoot, coach (Judson) Kinzy, and coach (Colton) Turner did for me while I was at Weatherford,” Rosson said. “They were patient with all my injuries and gave me the opportunity out of high school that a lot of other schools didn’t. I have great relationships with everyone on that staff and I’m just extremely thankful I was given the opportunity to represent Weatherford College for three years.”

With his eligibility at the junior college level coming to an end, Rosson had to transfer to a university, and he ultimately settled on the University of Oklahoma. However he was unable to crack the fall roster, and ended up transferring in the spring to the University of Texas at Arlington, while the Sooners went on a magical run to the College World Series Final.

“It wasn’t fun,” Rosson said. “What happened, happened. I was able to accept it, but I’ve been an athlete my whole life and I wanted to be an athlete. I loved my time there, and I loved going to school there, but if I’m able to play, I want to play.”

Due to the transfer during the academic year, Rosson was ineligible to play competitively for the Mavericks, but was allowed to practice.

After the 2022 college baseball season came to an end, Ohio State announced the hiring of TCU assistant Bill Mosiello as the head coach. Mosiello and Rosson had known each other for a long time when the hiring occurred, and it did not take long before Mosiello gave Rosson a call.

“He wanted me to go to TCU,” Rosson recalled. “That just didn’t work out. Then when he got the job up there he was looking for players that he knew to take with him and I was one of them. I’m just super thankful for him and for the opportunity.”

Rosson is currently finishing the summer season with the Hays Larks of the Jayhawk Collegiate League in Hays, Kansas before he will officially enroll at Ohio State in the fall.