City in talks to join ESD 1 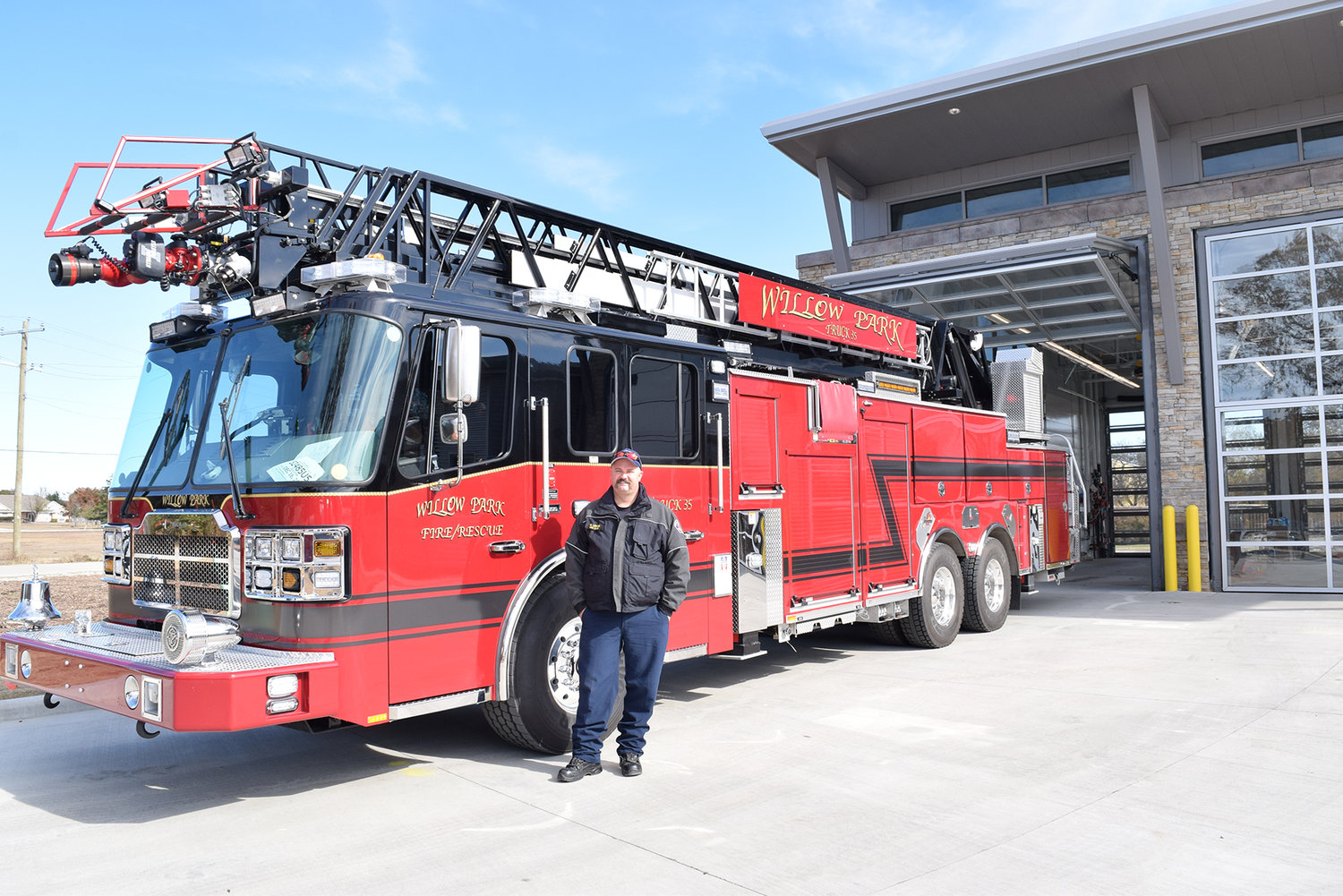 Watson, the fire chief for Parker County Emergency Services District 1, spoke to Willow Park residents and council members in attendance at Tuesday’s meeting concerning the possible absorption of the city’s fire department into his district.

Watson offered further assurances that all of the current Willow Park Fire Department employees would retain their jobs at the same pay rate with even better benefits, including the district paying 100% of the insurance costs for an employee and their family.

“They’re kind of along for the ride. As long as they are employees of Willow Park it would be a lateral move,” Watson said.

In addition,Watson, when asked later, said all equipment, including the ladder truck, would remain based in Willow Park as part of the department.

There is no guarantee the WPFD is going to join ESD1. That will be up to voters in the city, assuming the ESD1 board votes to move forward with an election on Nov. 8 - which most believe they will do. That decision will be made following a public hearing at 6 p.m. on Aug. 17 at Springhill Suites in Willow Park.

“If the election gets ordered, voters decide,” Watson said. “It’s a hands-off process for the city. It’s up to the voters.”

That doesn’t leave a whole lot left over ($300,000) for other things in the city. The rest of the city would essentially be run on developmental fees, permit fees, and other miscellaneous fees.

And with fire and police departments that continue to grow - as does the city - that’s just not much margin for error, City Manager Bryan Grimes said. The fire department budget, for example, has grown 60% in the past five years.

“Your sales tax has been funding your fire department for the past four years. There’s a direct correlation between the growth of the fire department and sales tax,” Grimes said. “There will be a day of reckoning when the development fund runs out.”

Grimes noted that in the proposed budget for the 2022-23 fiscal year there is no money budgeted for street repairs. Things like that could change drastically should the city no longer have to fund its own fire department, as Grimes cited as much as an additional $850,000 could be freed up.

“There’s a lot you can do with that. It gives you some options you don’t currently enjoy,” he said, mentioning possibilities such as a trail system and park improvements.

Then, he added that if the election fails, the city can still make the budget work, but that growth can’t continue at the current rate.

Mayor Doyle Moss offered his support for the absorption of the WPFD into ESD1 while reminding the citizens that the sole purpose of the presentation Tuesday was to provide information before they cast their vote.

“I think it’s a win-win situation,” Moss said. “ESD1 will be able to man that fire station the way it should be manned. It’s a win for the city, a win for the firemen, a win for everyone.”

When asked what ESD1 gets from an absorption, Watson said, “It’s a win for us operationally. It would be another layer of streamlining if everybody works for the same agency.”

ESD1 covers 311 square miles and 70,000 residents, Watson said. This includes Aledo, the Annettas, Springtown, Peaster, Poolville, Morningstar, Silver Creek, and Lajunta. They are funded by a 1.5% sales tax in unincorporated areas and an ad-valorem (property) tax of up to 10 cents per $100 in incorporated areas such as Willow Park.

Should the WPFD join ESD1, residents would have to pay the ad-valorem tax. However, that would be offset by a reduction in their current taxes that would actually decrease their payments, Grimes said.

Nothing will be decided until Nov. 8, assuming the ESD1 board moves forward with an election. Interested citizens are encouraged to attend the meeting on Aug. 17.

“Feel free to get dinner and a beer beforehand, because we need the sales tax,” Grimes said with a chuckle.

Kicking off the meeting, Grimes presented to the council his recommendation for a lower property tax rate for residents. The council voted to move forward with a public hearing on Aug. 23 at 7 p.m. at Willow Park City Hall.

“We have seen remarkable growth, and that growth is starting to subsidize other city services,” Grimes said. “And that is reflected in the lower tax rate.”

The council approved the hiring of Sowden and Associates for acoustical consulting services. The subject on everyone’s mind connected to this is the controversy with the Parker County Ice House and the noise complaints from some citizens about their concerts.

While no complaints have come before council for a while, Assistant City Manager Bill Funderburk told the council and citizens that he believes Topper Sowden, owner of the company, “Is the gentleman to come in and help us with the Parker County Ice House situation.

“We did express our urgency. He took our city ordinance with him,” he added, saying that Sowden was waiting on official word to begin a study for a report.