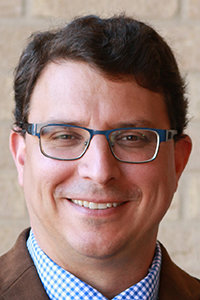 Tarnowieckyi has spent 12 years at the college as a professor of history and eight years as chair of the social sciences department. In 2018 he founded the Weatherford College Interdisciplinary Conference and has administered the event on an annual basis. He also founded and organized the Kent Miller/Quinton Reeves Lecture Series and serves as chair of the Inclusive Access Task Force, overseeing a project to make textbooks more affordable for students.

“Dr. Tarnowieckyi was the unanimous choice of the hiring committee,” Farmer said. “Dr. ‘T’ has demonstrated his leadership abilities through his work with the WC Interdisciplinary Conference and his leadership as a department chair.  Under his leadership, we will now be able to do an even better job of serving our students.”

Tarnowieckyi will report directly to the president and will serve on the Executive Cabinet.

As the Student Services Division welcomes a new leader, Farmer said he is appreciative of the team’s efforts over the past several years.