Ladycats break even at Northwest 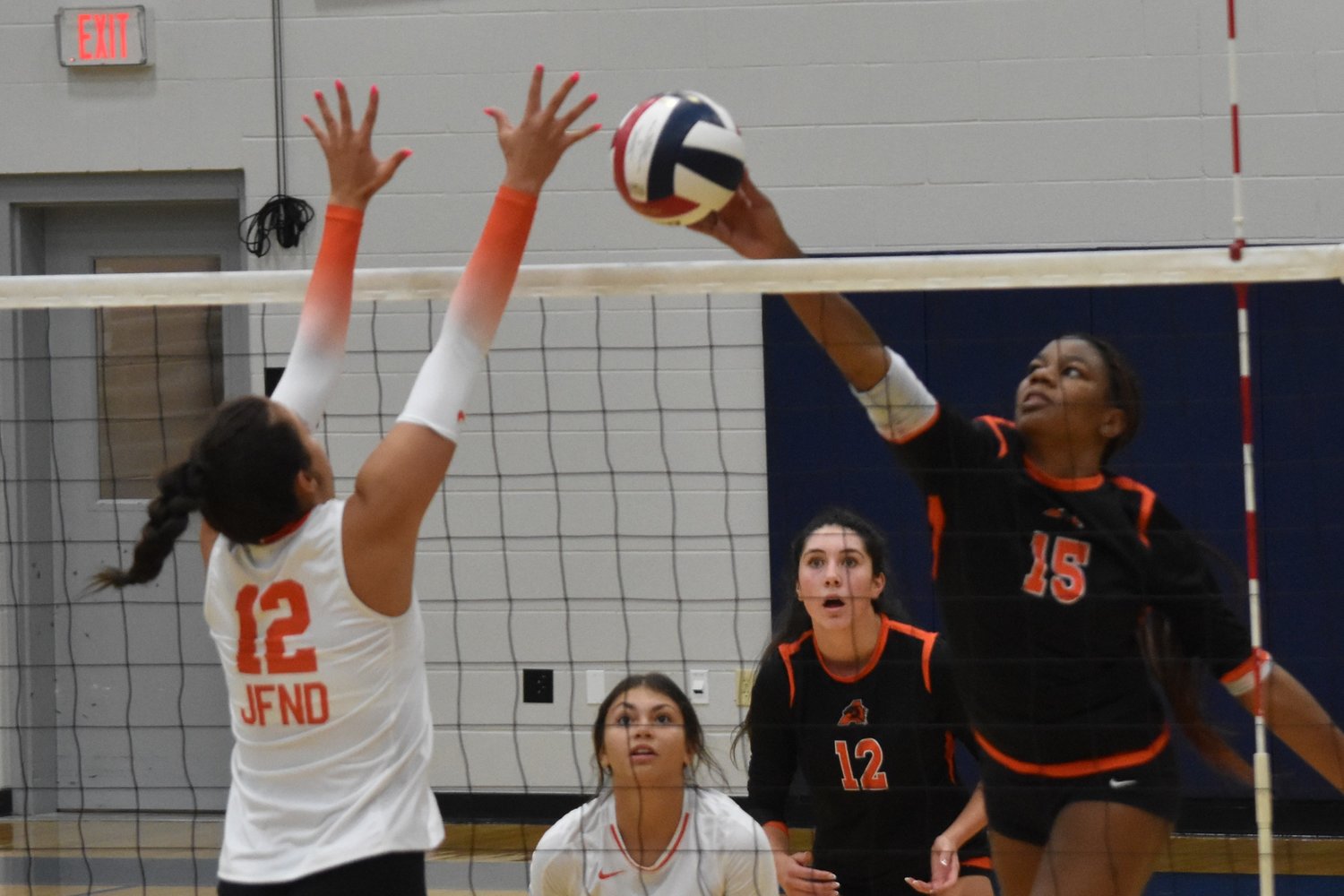 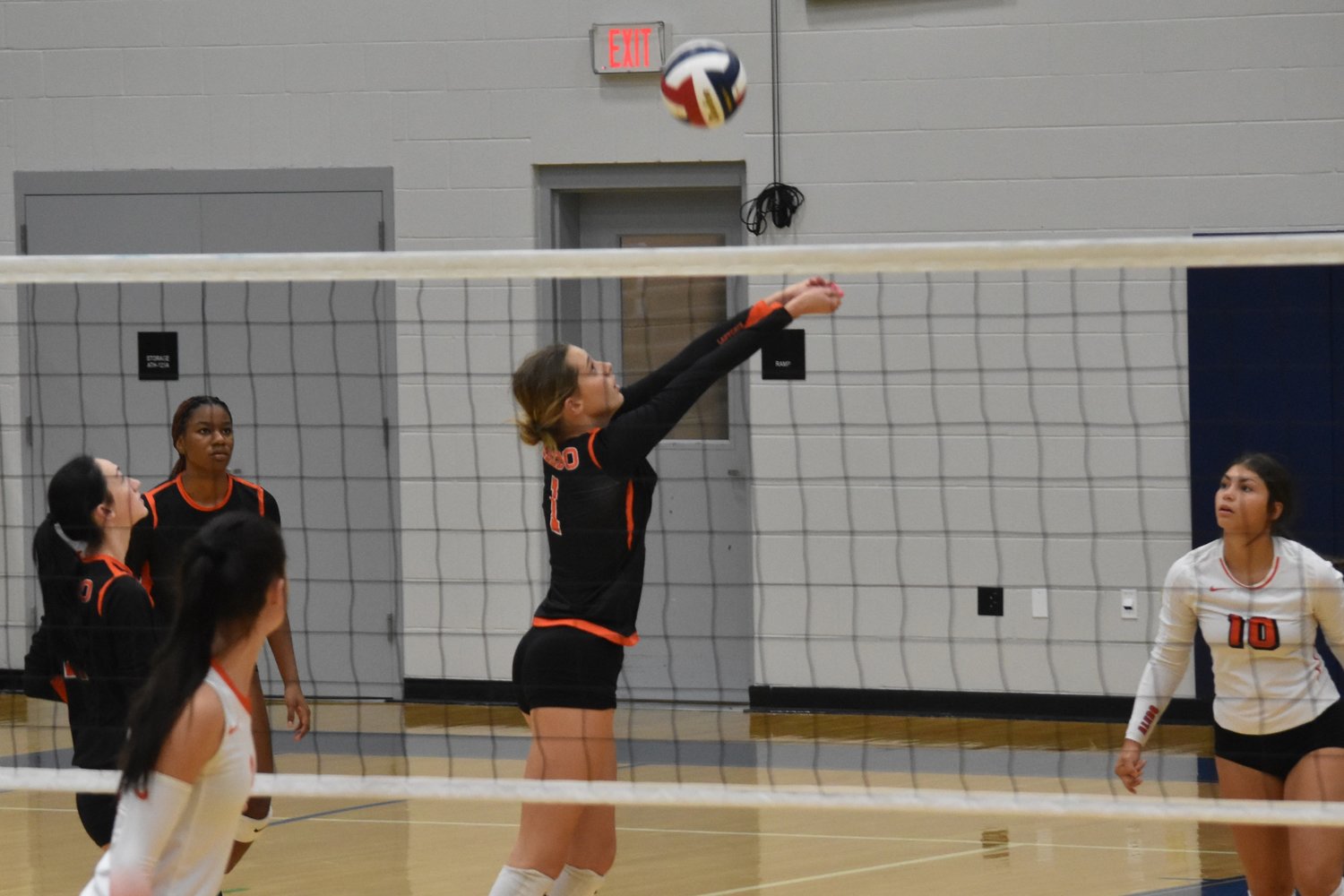 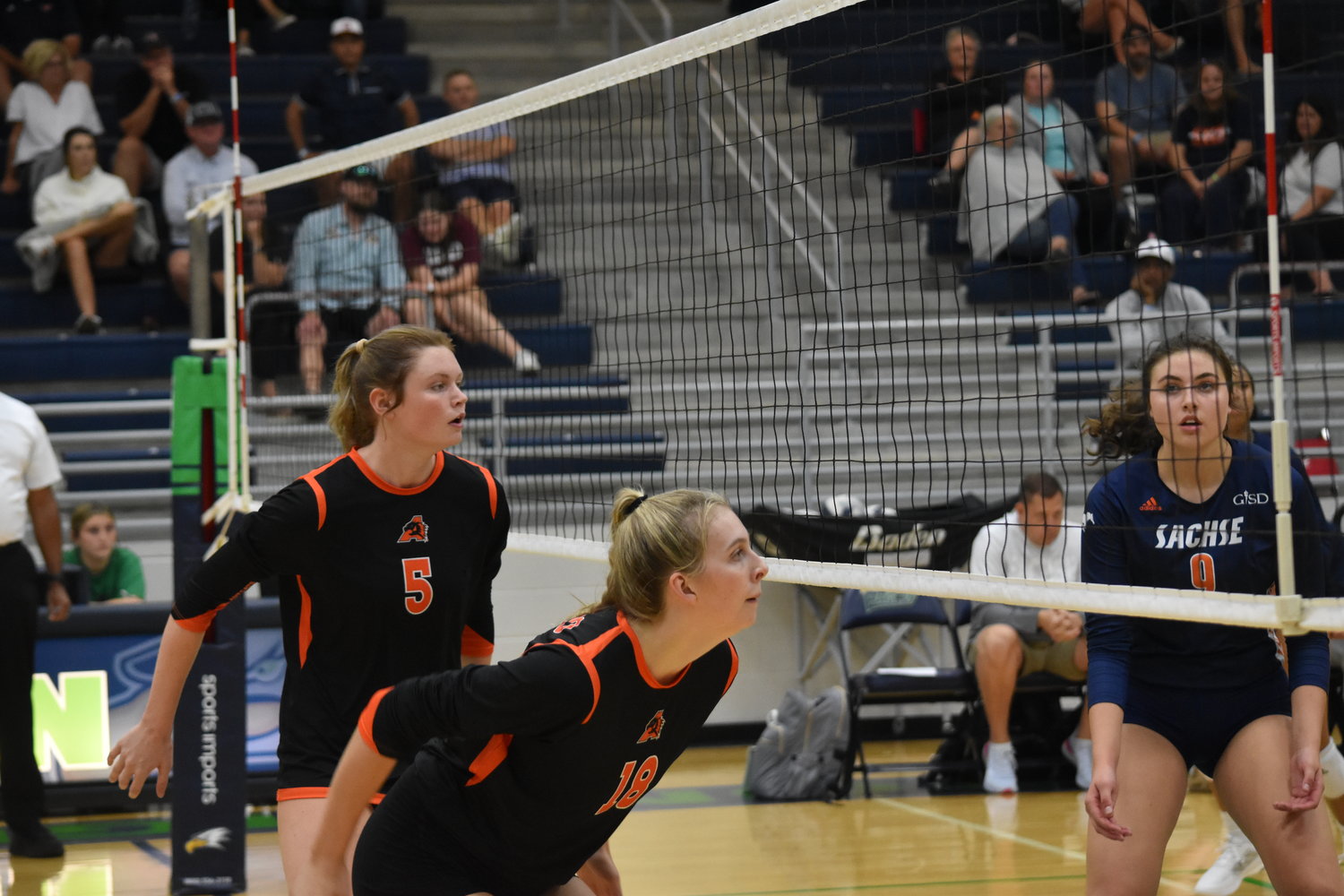 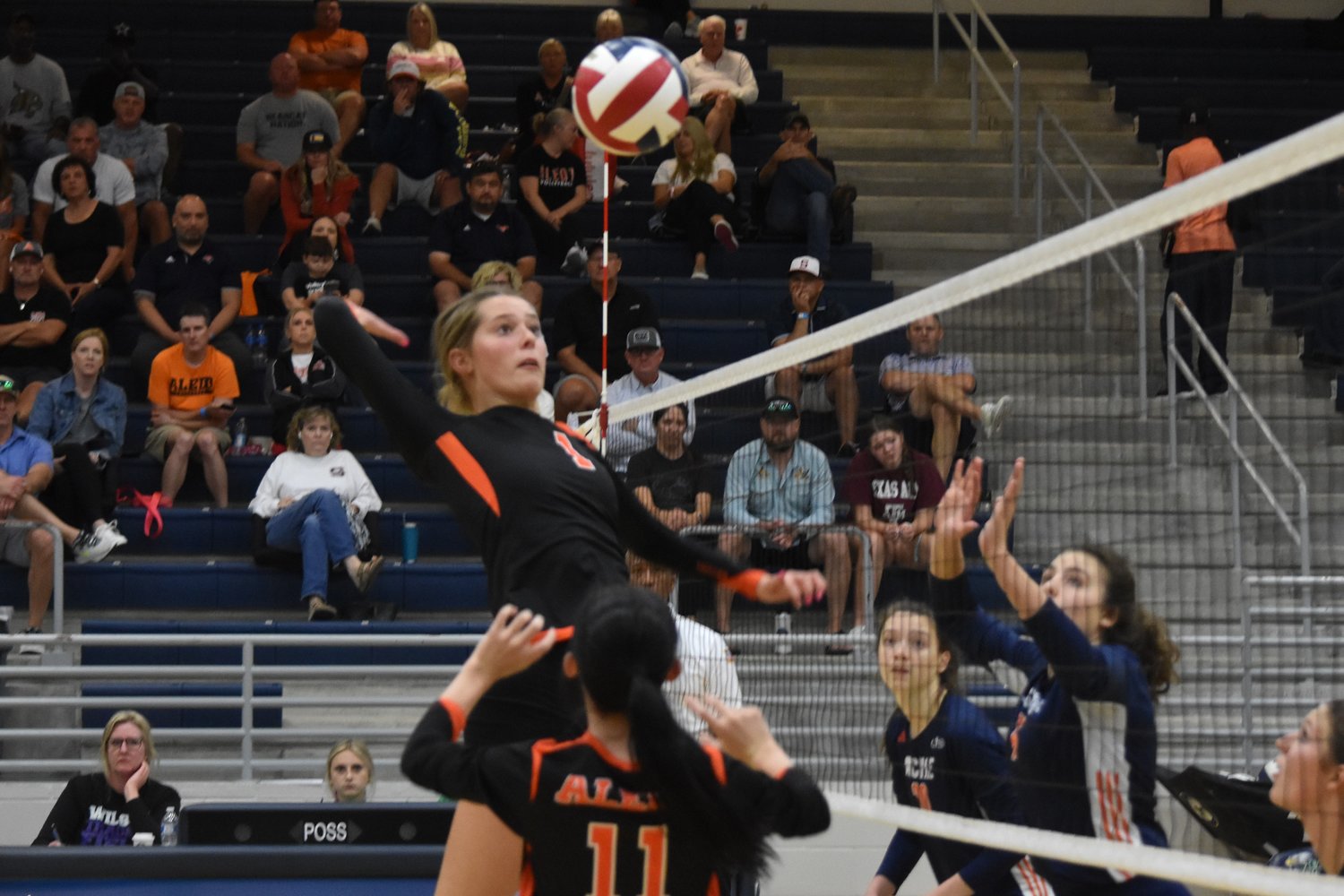 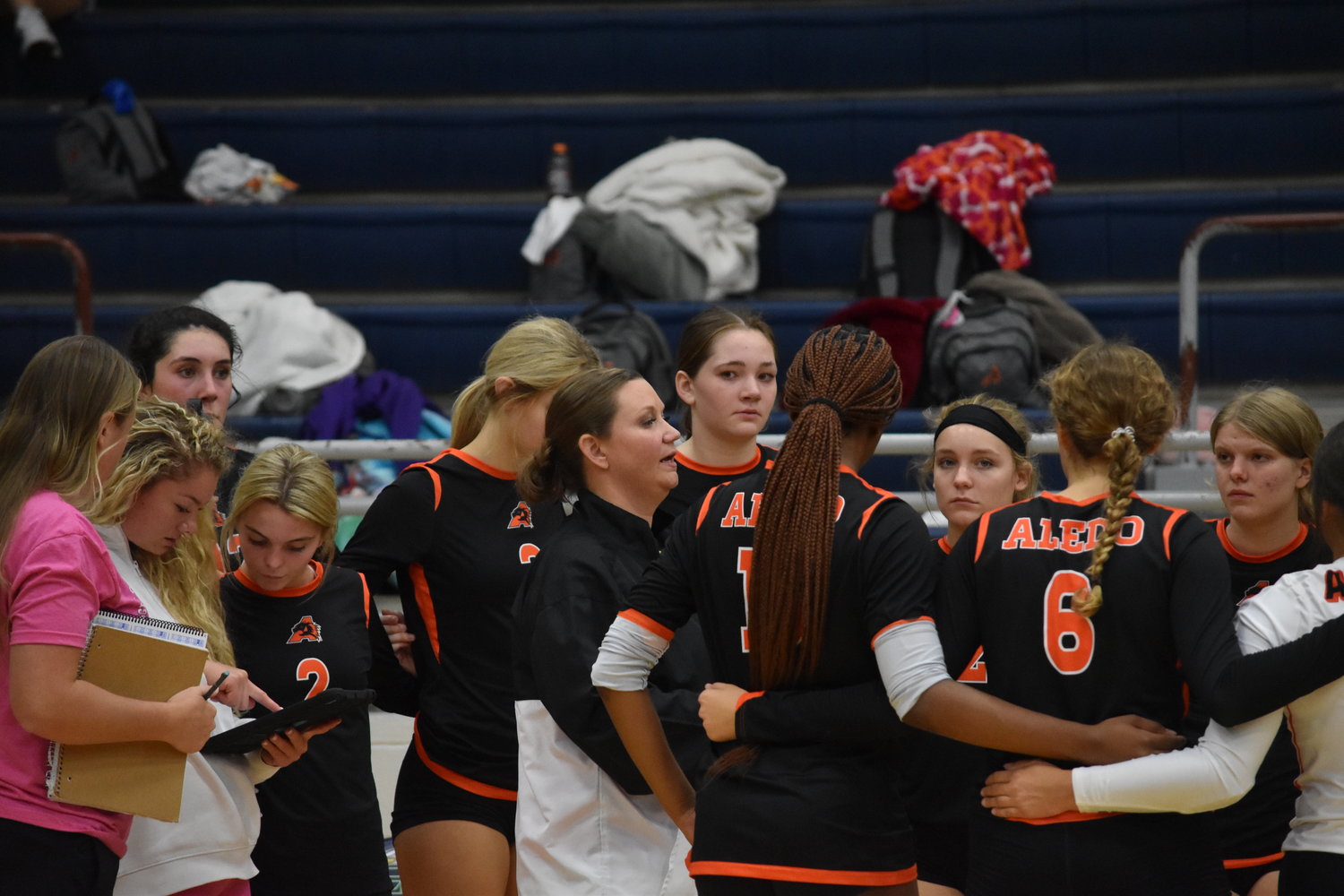 The second of three pre-district volleyball tournaments took place from Thursday, Aug. 18 to Saturday, Aug. 20 at the three high schools in Northwest ISD. The Aledo Ladycats (13-6) went in with a three game winning streak going back to the previous tournament in Mansfield.

Things did not start off well for Aledo in the tournament as they fell to Keller High School for the second time in the young season in straight sets, 25-20 and 25-15.

However Aledo bounced back with consecutive wins over Hebron and Denton Braswell. After falling in the first set to Hebron 23-25, the Ladycats took the next two 25-15 and 25-16 to take the match.

Against Braswell, Aledo once again dropped the first set 20-25 and yet again came back in dominating fashion, winning the second set 25-9. Braswell made the third set closer, but the Ladycats came out on top again 25-19.

“We came out a little flat,” head coach Claire Gay said after the tournament. “We handled the second two matches, had to battle in three to come out and win those but we did it.”

The second day looked very different as the team was placed into a three-team pool, meaning only two matches would be played.

The Ladycats struggled in both matches as they fell to Boswell and Prosper, both in straight sets.

“It was rough,” Gay said. “We couldn’t get any momentum going, we weren’t adjusting pretty well against two high level teams with a lot of experience. It showed our youth a little bit.”

The losses on day two placed Aledo in the bronze bracket on the final day. The bracket started early in the morning on Saturday, Aug. 20 with a match against Rockwall. Much like the previous two wins the Ladycats secured, the first set resulted in a 23-25 loss. Yet again, Aledo took the next two sets 25-19 and 25-21.

In the semifinal, Aledo faced Sachse out of Garland ISD. This time it was the Ladycats who took the first set, 25-20. However in the second set, Sachse took an early lead and never looked back, winning 21-25.

The third set went back and forth between the two. The Ladycats went on a late run to take a 24-20 lead, but Sachse responded with a four point run that tied it up. Needing two points to win, the Ladycats got a point off a Sachse serve and responded with an ace to clinch the match.

In the final against Conroe Grand Oaks, Aledo took the first set but not without a late push from their opponent. Then Grand Oaks got aggressive and went on a massive run to take the second set to force a final set.

The final set of the tournament was much like the one preceding it, as Grand Oaks opened the set with authority and defeated the Ladycats.

“I’m proud of the moments that they were battling,” Gay said. “That’s exactly what they did. Sadly a lot of teams would have given up but we didn’t and I’m proud of them for that.”