Local news from the heart of East Parker County
Weather brought to you by:
Log in
Business Profile

Krier still bringing his best after all these years 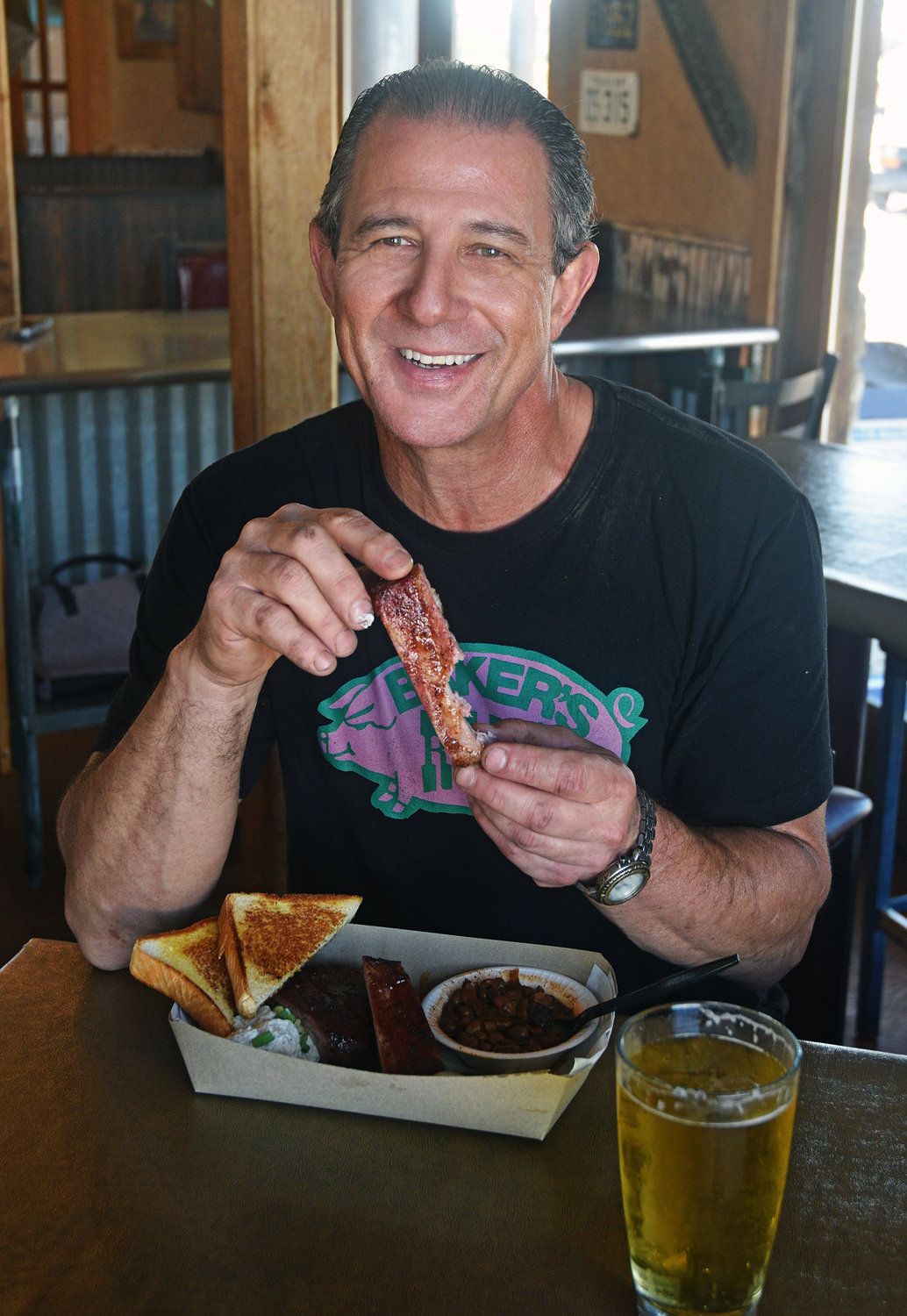 In the movie "City Slickers," Curly (Jack Palance) tells Mitch (Billy Crystal) to find "the one thing." He was referencing finding the thing you do best and do it to the best of your capability and success will follow.

Palance won an Oscar for his performance. Brian Krier, who Curly might as well have been talking about, has been winning the hearts — and stomachs — of many fans for nearly three decades as the epitome of that statement.

Brian and his wife, DeeAnna, are the owners of Baker's Ribs in Weatherford.

Raised mostly in Kansas, Brian would come to Dallas for the summers. Since he was 14 Brian was working for his uncle Joe Duncan as an apprentice.

"Brian's work and dedication is like an Olympic champion, a special gift," DeeAnna said, which prompted a quick response from the ever-humble Brian, "I don't know about that. I just love to cook. I love to see the smiles of people's faces when they are eating and enjoying their experience at Baker's Ribs."

After he graduated high school and college in Kansas, Brian moved to Dallas to learn more about the barbecue business so he could some day own a restaurant of his own, like his uncle and the original Baker's Ribs in Dallas. His plans were to move back to Lawrence, Kansas and open his restaurant there, but then he met DeeAnna Mercer, married her, and the Metroplex became his home.

Brian and DeeAnna lived in Dallas the first five years of their marriage before heading west.

"We were ready to move to a smaller community with less traffic and start a family," Brian said. "Uncle Joe found this location in Weatherford. It was a Colter's Barbecue that had closed, so it was perfect for us."

Joe was their partner for the first three years after the Weatherford restaurant opened in 2000, then Brian and DeeAnna set out on their own and incorporated Oink Oink inc., dba Baker's Ribs. In 2008 they added the Original Fried Pie Shop to sell the ever-popular fried pies that put them in a very good position for being a favorite tourist attraction.

"People love the fried pies because they evoke emotions from their childhood," Brian said. "The aroma reminds them of mom or grandma making those fried pies at home. The pies can be topped off with free soft serve ice cream. You can't beat that!"

After 27-plus years of smoking brisket just with hickory wood, at the suggestion of DeeAnna, Brian is serving up craft barbecue styles.

"You know, to keep up with the times," Brian said with a smile. "Barbecue enthusiasts like a lot of the new craft styles and travel all over to taste and rank them."

Brian came up with his own special seasoning mix that makes the Prime Creekstone Certified Black Angus Beef Brisket rich in flavor. DeeAnna calls it Brian's Kick'n Brisket because of the depth of flavor.

"No barbecue sauce necessary, but our sauce is excellent," she said.

The ribs and pulled pork shoulder and chicken breast have always been seasoned with the Baker's Ribs rub that founder uncle Joe created. The only meat that has been changed is the brisket, and the feedback — no pun intended — has been great, DeeAnna said.

"The public loves it! We are getting rave reviews on it. Customers come up and say, 'Wow, that was a great barbecue sandwich," she said.

But don't ask what's in the special seasoning, just enjoy it, Brian said.

"Now, you know all seasonings are a secret. But, obviously salt, pepper, garlic just to name of few," he said.

The Kriers credit the success of Oink Oink Inc. and Baker's Weatherford largely to their deep religious faith, community involvement (DeeAnna's speciality), and a loyal staff, which includes a management team that has been with them for almost two decades.

"DeeAnna is the face of Baker's Ribs and I'm the behind the scenes guy, which are both neccessary," Brian said.

In 2008 the Kriers were moved to give Bibles away in the foyer of the restaurant. To date they have given away more than 15,000. No purchase necessary.

"DeeAnna and I pray over those Bibles to touch people's lives and bless them," Brian said.

Their family has grown to include daughter Heather, 33, from Brian's first marriage, a Navy veteran of more than eight years; and daughter Hannah, 20, who they adopted at birth from A Place for Grace Children's Home. Though not officially adopted, Brian and DeeAnna consider Hannah's three birth brothers family: Hayden (24), Christopher (23), and Ethan (21), all of whom have worked at the restaurant.

"All my staff are my family and I am one very blessed man," Brian said.

Brian and DeeAnna opened their second Baker's Ribs in Mineral Wells. It lasted five years before it was destroyed by a fire. They sold the building and opted to focus all their attention on the Weatherford location, albeit with a few new employees.

"The managers from Mineral Wells came to Weatherford and are still here today," Brian said.

And that's not all

With their 23rd anniversary just around the corner in March, they decided to add a full bar with cocktails, frozen margaritas, and five tap beers. They also added bar tables and a few additional country decorations. They call it Baker's Comfy Corner Bar.

"I must say the patrons are telling us our draft beer is the coldest in Parker County," DeeAnna said excitedly. "It holds 25 people and is a great place for private gatherings. We are getting lots of compliments."

As for the future of Baker's Ribs Weatherford, Brian said simply, "I'm going to keep smoking meats until the good Lord tells me otherwise. Everything I do is through the prompting of the Lord. I am so grateful for this opportunity to serve my community."

Krier still bringing his best after all these years