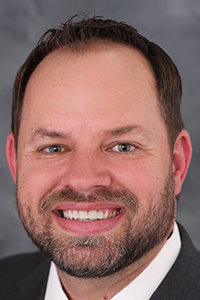 “Jaycob Kirkpatrick has advanced knowledge in park management, facility maintenance and large-scale event planning,” said City Manager James Hotopp. “For the past five years he has served as assistant director and is currently leading our parks master plan process, which will serve as our blueprint for the future. The master plan will be completed by December 2022.”

Kirkpatrick, has more than 15 years of experience with a bachelor’s degree from the University of North Texas. He is a graduate of the National Recreation and Parks Association (NRPA) Directors School and has served on various committees with the National Recreation and Park Society (TRAPS). He is an active member of the Texas Amateur Athletic Federation and previously served as an executive board member. In 2015, Kirkpatrick received the Susan Gerred State Young Professional of the Year award, which is given to only one parks and recreation professional each year in the State of Texas.

“Kirkpatrick has been a vital component to the completion of many projects including the Cherry Park Pool renovation, Heritage Park improvements and development of the Lake Weatherford Boardwalk,” said City Manager James Hotopp. “He was the obvious choice and I have strong confidence in Kirkpatrick. His new role as director is a great fit for him and the City of Weatherford.”

In 2018, Kirkpatrick led the way toward Weatherford being selected as host city for the Texas Amateur Athletic Federation (TAAF) regional track and field meet attracting over 6,000 people. 2022 marks the fourth year for the event over a two-day period. He has also increased youth sport tournaments hosted at Holland Lake Sports Complex from five per year to 40 per year.

“I am excited about this opportunity to serve the City of Weatherford as the director of parks, recreation and special events,” said Kirkpatrick. “I look forward to helping build a strong community by enriching the quality of life through exceptional programs, parks and facilities.”