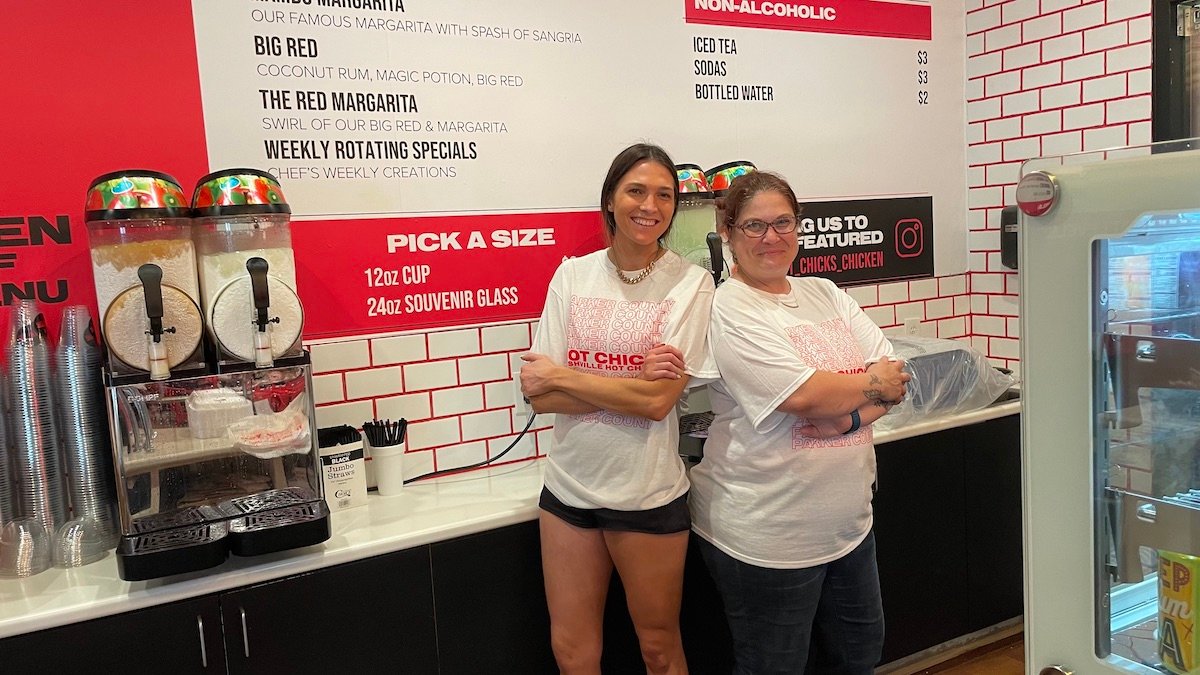 Kayla Kendall and Melissa Kite are shown at the counter in the new Willow Park location.
Posted Wednesday, July 21, 2021 8:29 pm

By Brandi Addison
The Community News

A new restaurant in Willow Park has brought some of the hottest chicks to Parker County — literally.

Hot Chicks Chicken officially opened its Parker County location to the public on Monday about a week after its soft opening for first responders and teachers.

The menu features several chicken-based entrees, including jumbo tenders, a sandwich, tacos, a rice bowl, loaded fries, a salad, and grilled tenders. The chicken is dairy- and peanut-free, as well as halal.

Pickles, slaw, fries, sauces, and desserts are made in-house daily, according to its menu.

The business boasts that the medium “punches above its weight,” while the hot can make anyone “ugly cry,” and the hot af is “usually ordered by people who lost a bet.”

Its drink menu — which are branded as ‘fire extinguishers’ that provide relief to the heat — includes a ‘boozy slushie,’ signature cocktails, beer, soda, tea, and water.

Online reviews from nearby residents confirm the Nashville Hot Chicken lives up to its name.

One resident suggested that any level of heat above hot should require a medical warning, while others admitted to crying their way through the meal.

Hot Chicks Chicken is located at 337 Shops Boulevard, Suite 103, in Willow Park. The restaurant has a second location in Plano and will soon open locations in Dallas, Arlington and Addison.