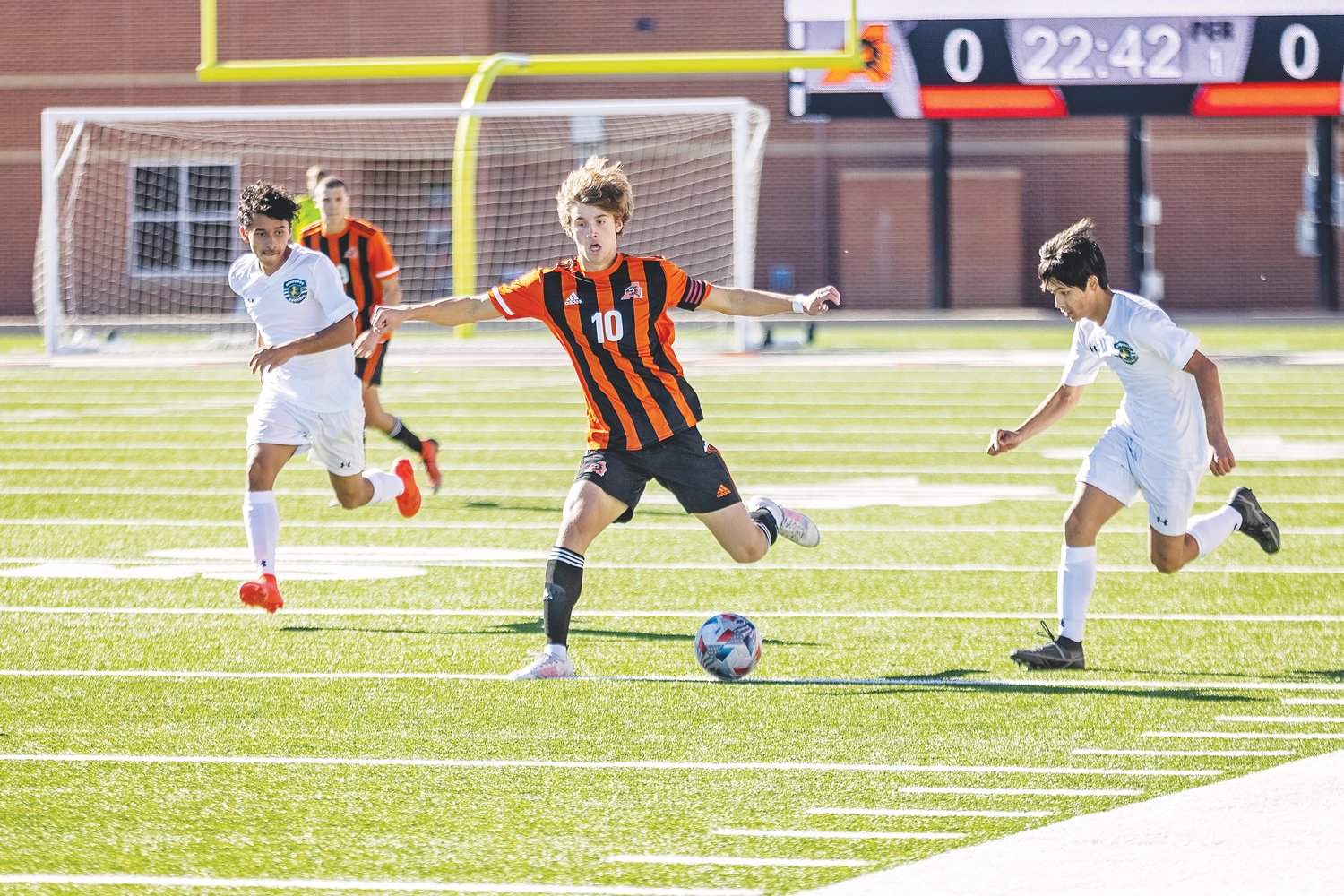 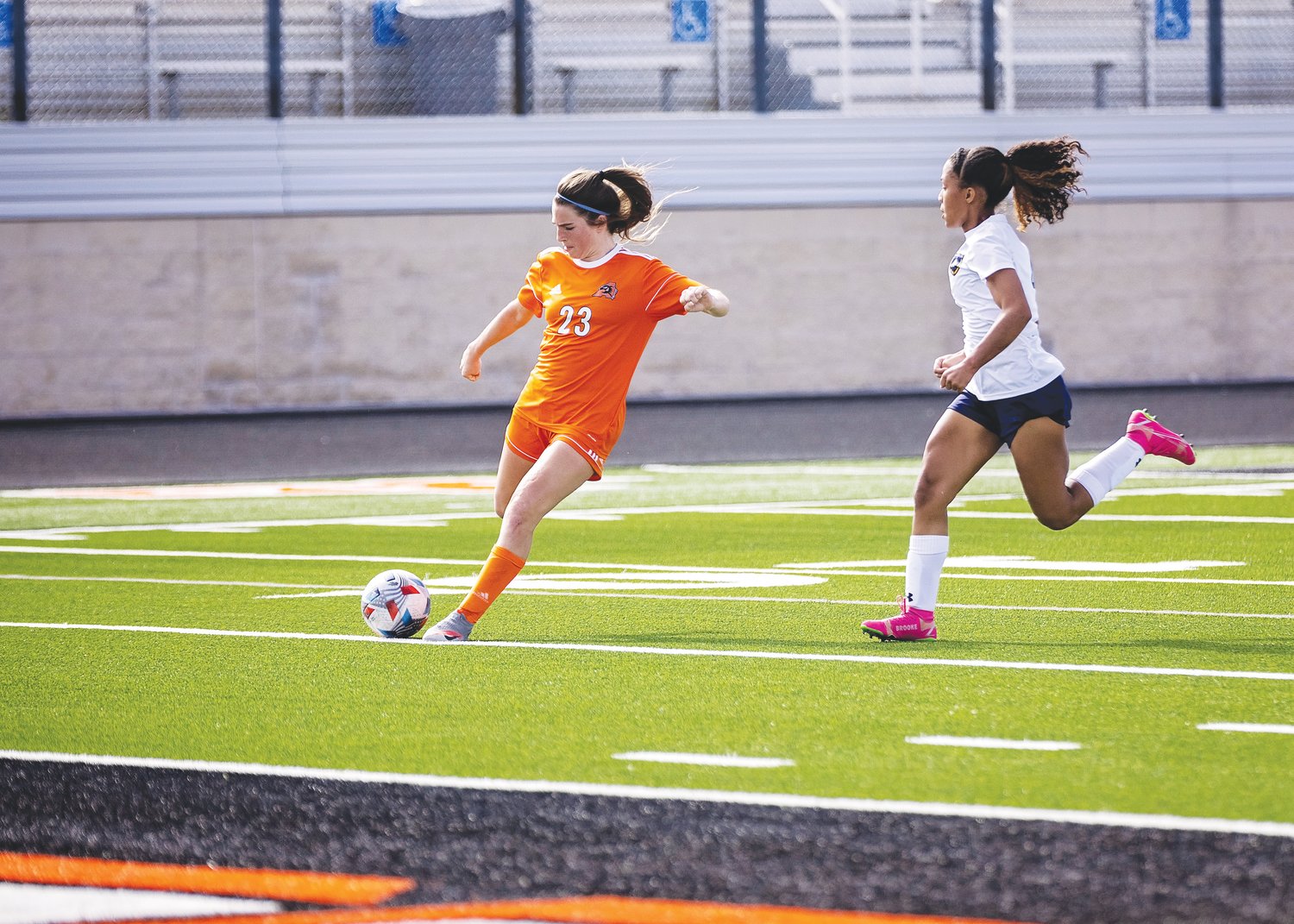 McKenna Vela scored a goal and had an assist in Aledo's game against Waxahachie.
Kristin Morales
Previous Next
Posted Friday, January 21, 2022 12:00 am
By Nolan Ruth / The Community News

After a bumpy start in the Waxahachie Tournament, and bouncing back with a win over Richland. The Ladycats soccer team went into the Moritz Kia Tournament with a 1-2-1 record and looked to build upon it.

The hometown tournament kicked off on Thursday, Jan. 13, at Bearcat Stadium against Waxahachie High School. The game was tight from the get go as both teams traded goals but a third by Aledo proved to be the difference maker. Ashlyn Laughley, Reagan Krajca, and McKenna Vela were the goal scorers for the Ladycats with both Krajca and Vela adding assists to the score sheet.

Late in the game, Waxahachie had a chance to tie it up late on a penalty kick, but a stellar save by Emma Davis saved the day and the game was won 3-2.

On Friday, Aledo continued its roll with a 5-0 shutout over Fort Worth Arlington Heights. Laughley’s hat trick was the ultimate difference maker with Krajca and Vela adding the last two. Unfortunately it was not enough to earn the right to play on Saturday.

After the tournament, the Ladycats were scheduled to play Northwest on Tuesday, Jan. 18. However COVID issues at Northwest High School caused the game’s cancellation.

For the Bearcats, the tournament was just what they needed after the worst stretch in program history. Facing Benbrook on Thursday, Clay Murador came back from an ankle injury with style, scoring both goals in a 2-1 win. Harvey Keene and Cooper Trice got the assists on each goal respectively.

Unfortunately, Friday’s match was not as kind to Aledo, as they fell to Boswell 0-3, which also kept Aledo from playing on Saturday.

On Tuesday, Jan. 18, despite the girls game being canceled, the boys played on. Murador set up Taylon Kessler nicely for the lone Bearcat goal that was just enough to end regulation in a 1-1 draw. With the match being non-district, both teams agreed to a penalty shootout to practice for future matchups. In five attempts, both teams scored four and the game was called, making the Bearcats record now 2-5-1.

Both teams will compete in tournaments from Jan.20-22. The girls will be at Justin Northwest, and the boys will be at North Richland Hills Birdville, before starting district in the first week of February.