Set to perform in San Antonio on Saturday 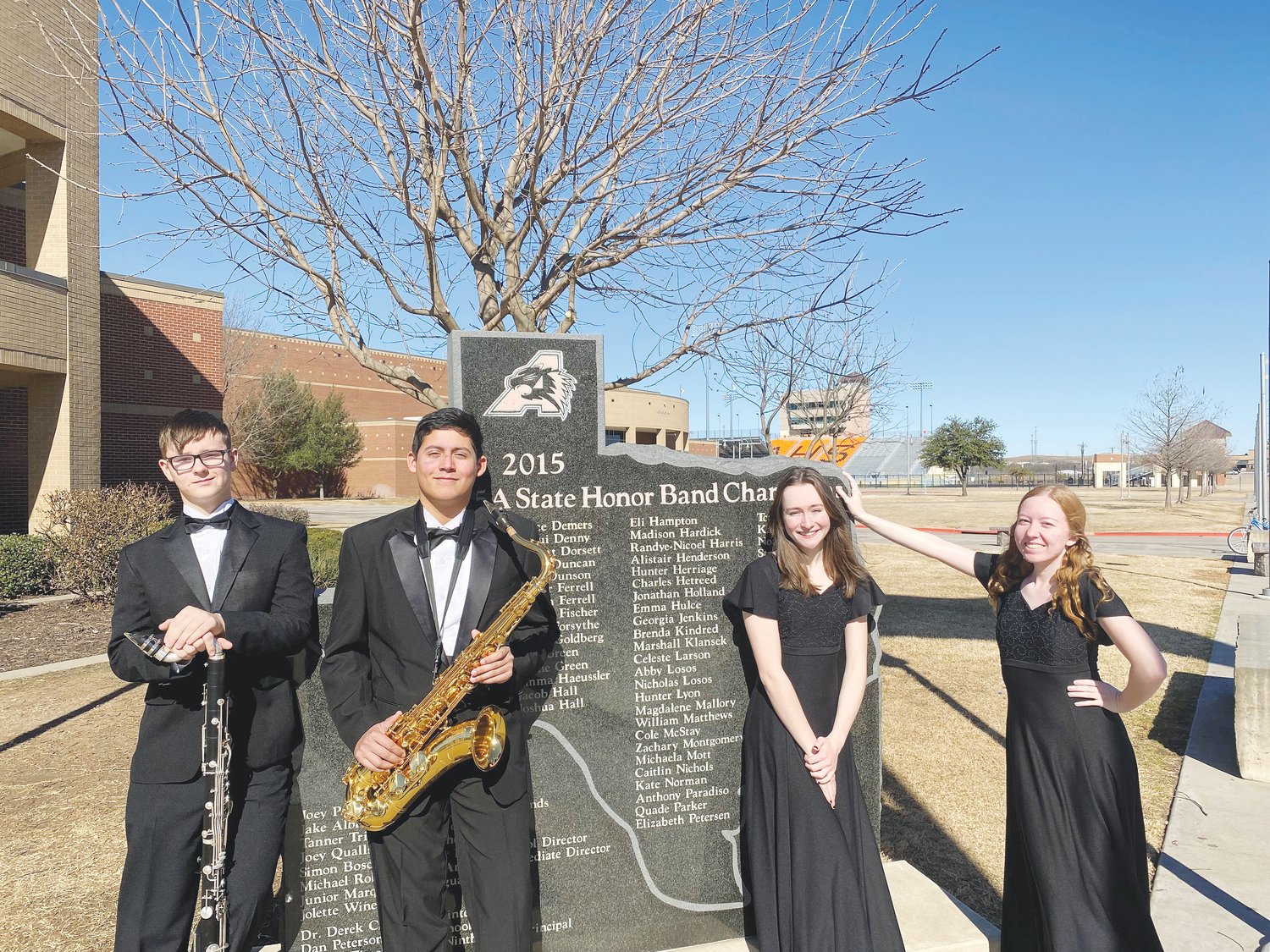 Aledo High School choir members Ariana Schmitt and Elizabeth Miller, along with AHS band members Jerry Olazaran and Nolan Golden, will perform with the Texas All-State Mixed Choir and Bands in San Antonio on Saturday, Feb. 12 at the Henry B. González Convention Center as part of the 2022 Texas Music Educators Association Clinic/Convention. Performing with the All-State Choir and Band is one of the highest honors a high school student can achieve in Texas.

These students were chosen for this prestigious honor through a competitive process held this year across the state at district, region, and area levels. Elizabeth and Ariana are private voice students of Danaila Hristova and sing at school under the direction of Karen Paul.

Jerry and Nolan are students of Joey Paul, Jake Albin and Dex Moore. This will be their first time to perform as a member of a TMEA All-State organization. All the directors are members of the Texas Music Educators Association, a 14,000+ member organization headquartered in Austin, and sponsor these students throughout this process.

High school students selected to perform in the All-State concerts have competed through auditions to qualify at the state level. All-State is the highest honor a Texas music student can receive. For 2022, 1,875 students were selected through a process that began with more than 70,000 students from around the state vying for this honor to perform in one of 18 ensembles.