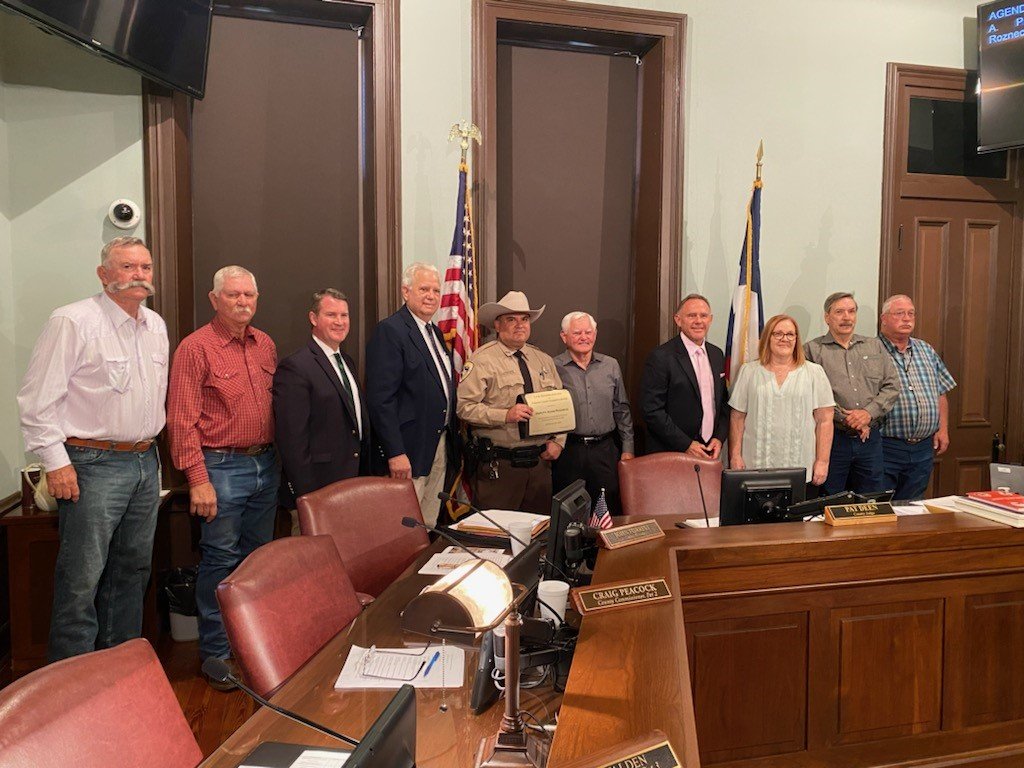 Parker County Sheriff’s Deputy Adam Rozneck was honored by the Parker County Commissioner’s Court on Monday, July 25, for his life-saving actions on July 4.

On that day Rozneck responded to the 500-Block of Sagebrush Court in Aledo shortly after 10 p.m. on a call regarding a 54-year-old male who had fallen and was unresponsive.

The man was taken to a local hospital for medical treatment, where he made a full recovery.

The on-duty sheriff’s patrol supervisor was later notified by the Lifecare Supervisor that Deputy Rozneck’s actions were directly responsible in saving the man’s life.

In recognition of the immediate efforts to preserve the life of another, the Parker County Sheriff’s Office awarded Deputy Rozneck with the Lifesaving Award.

“Deputy Rozneck’s actions reflected his training and displayed his ability to maintain a calm demeanor while taking the appropriate actions in saving a man’s life,” Authier said. “We are proud of his actions and we are proud to have him on our team.”