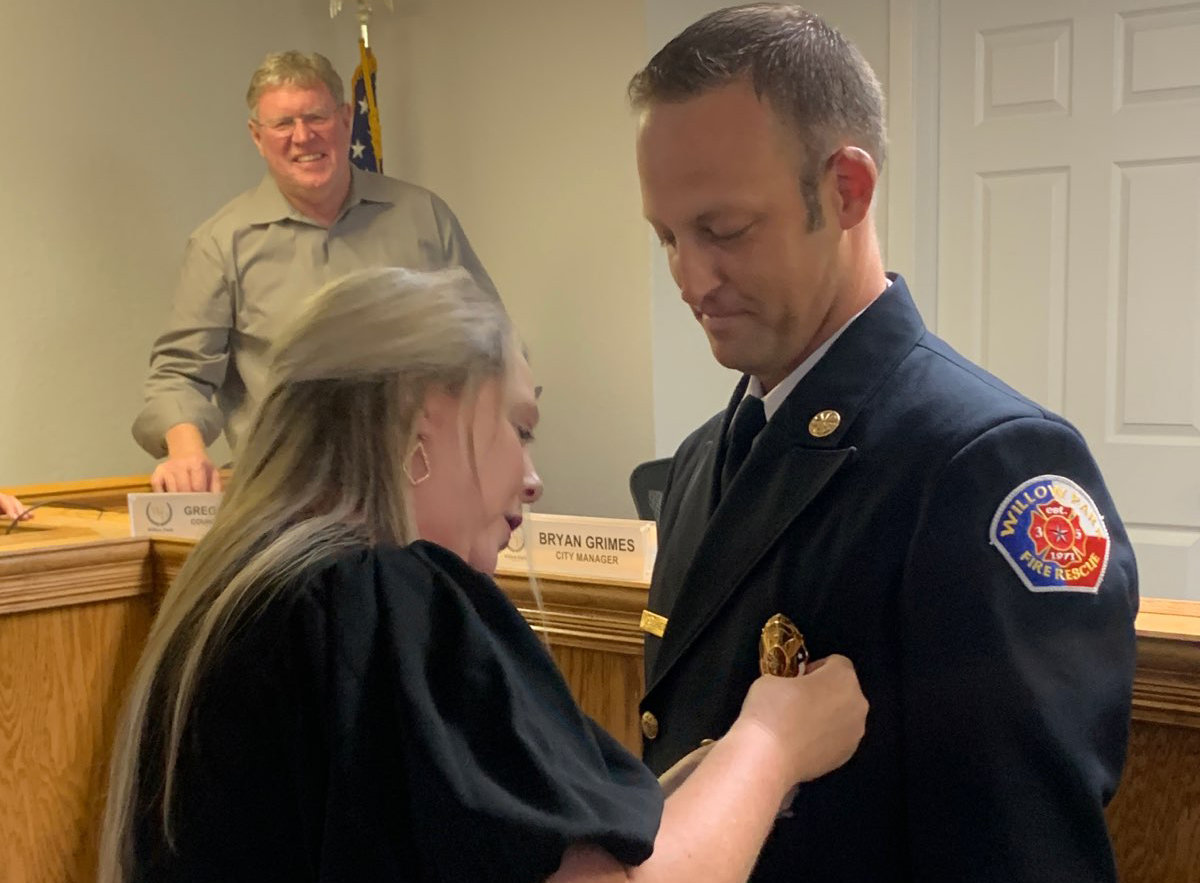 At its regular meeting on Tuesday, Aug. 23, members of the Willow Park City Council voted to approve the issuance of certificates of obligation in an amount not to exceed $4.25 million for designing, constructing, acquiring, improving, enlarging, and equipping the city’s municipal drainage utility system.

However, whereas the original proposal in June was for a 20-year plan, the city opted instead to go with a 15-year plan, which City Manager Bryan Grimes said would save the city up to a half million dollars in interest. Also, because of the city's AA bond rating, they were able to receive a fixed rate of 3.44%, resulting in a payback of around $367,000 per year, or total payments of around $5.5 million. In June the rate was estimated at 4.1%, which would have resulted in a 20-year payback of around $6 million.

The first payment will be in February of 2023, with the final payment being in 2037, with the city having the option to pay it off early starting in 2032.

"This will address about 90% of our drainage needs," Grimes said.

Grimes said work will likely begin in December or January.

Funds raised through these fees will go toward paying the debt service charges connected with the certificates of obligation. Also, Grimes said there is enough in the fund to cover any overages for about 10 to 12 years.

Place 1 Council Member Eric Contreras alluded to the volume of rain earlier this week, which resulted in water buildup throughout the city, saying, "This is going to take care of that. It's something great for the city."

Grimes recalled a meeting he had with a resident a few years ago that set this process in motion.

"Werner Schmidt came to me with a drainage problem. He brought attention to the issue," Grimes said. "I'm very happy for Werner and all the others. This is a city-wide project.

"I remember vividly in 2019 getting in my truck, driving around to people's homes to see if we needed sandbags."

The council set a date of Sept. 13 for a public hearing concerning the proposed 2022-23 Fiscal Year budget and the newly proposed property tax rate.

The $1.9 million from property taxes is expected to go solely toward funding the police department. Of the $1.7 million in sales revenue, $1.4 million is expected to go to supporting the fire department, which is currently the subject of a possible annexation by Parker Emergency Services District 1. That vote is scheduled for Nov. 8.

Grimes said he has made a few tweaks to that originally proposed budget, but he still hopes to have the 2022-23 budget finalized by Labor Day (Sept. 5).

Grimes also recently presented the council with his recommendation for a lower property tax rate for citizens of 54 cents per $100. That’s a decrease of three cents from the current rate of 57 cents per $100.

John Schneider, who ascended to the role of the city's fire chief following the retirement of Mike Lenoir on Aug. 2. Schneider has been with the city since 2008 and was promoted to assistant chief in 2016.

Among his many accomplishments, Schneider is a master structure firefighter, a master arson investigator, incident commander, emergency medical technician and more.

"I'm excited for the challenge. It's an honor, for sure," Schneider said.

Schneider and his wife, Stephanie, have two children and he enjoys fly fishing in his spare time.