Strong senior leadership on both squads 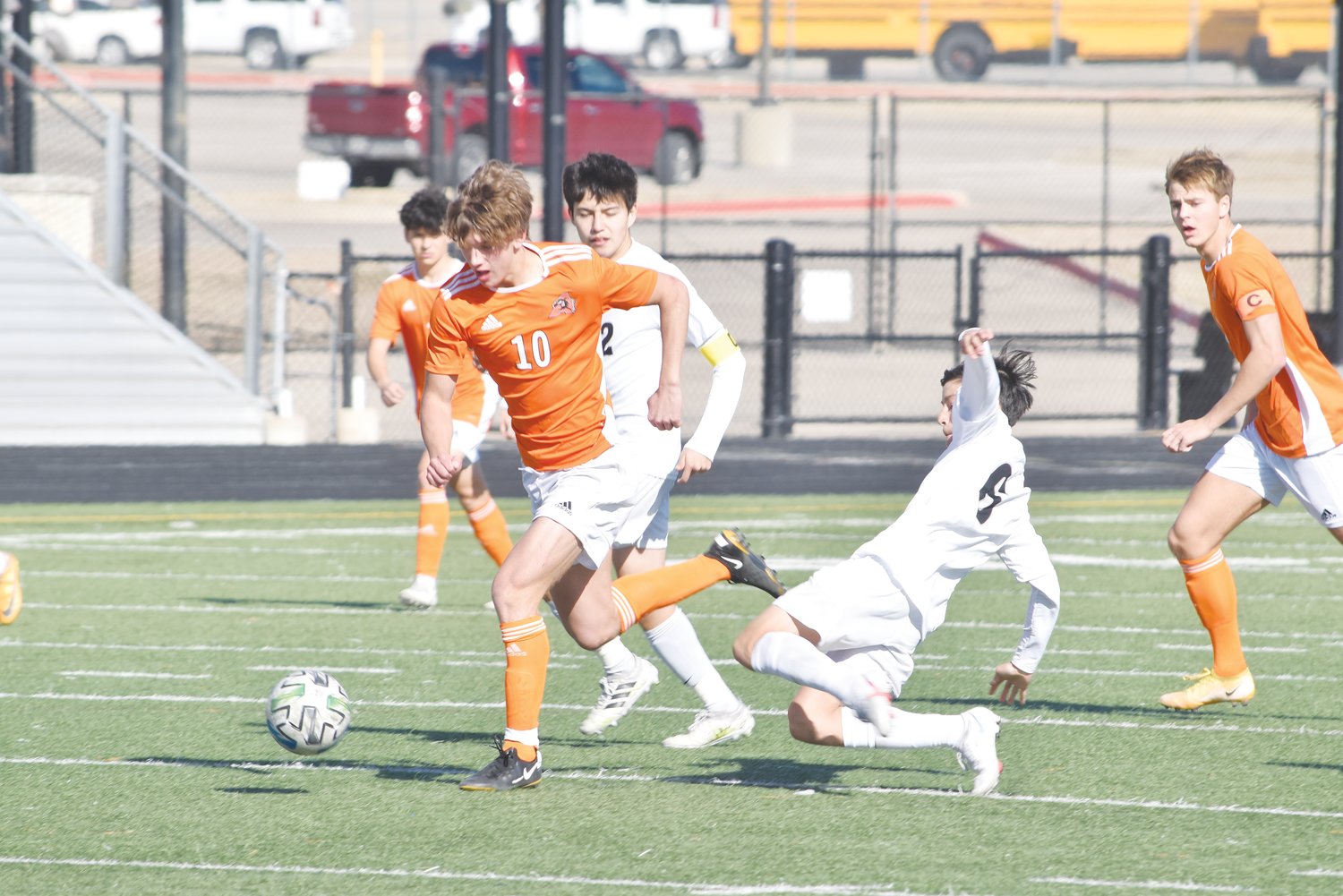 Winter is officially upon us, which means it is now time for winter sports. With wrestling already underway, the soccer season is the next one up. After early exits in the playoffs in 2021, both the Bearcats and Ladycats are looking to bounce back and make even deeper runs this year.

The boys had a bit of a tough go of it last year, finishing fourth in district and claiming the last district playoff spot before falling to Colleyville Heritage in the first round in extra time.

Head coach Derek Vierling has been at Aledo since the start of the soccer program and has built it into what it is today. With his experience in taking the Bearcats to the state championship match twice, and him coaching the kickers for the football team, he knows what is expected in Aledo and is up to the challenge.

“We’re young,” Vierling said before the start of the season. “We’re playing in three tournaments before district rolls around to get that experience. I think with someone like Clay [Murador], he can take over a game. He did last year in the playoffs but we just fell short in penalties, but if we win that game, it could have been us playing for the regional final. You just never know how the ball is going to bounce, I’m excited to see what we can do.”

Murador will no doubt be the anchor of the Bearcats team this year, as he led the team in goals and assists last season. Taylon Kessler will take on the role of striker for Aledo with Jace Sims supporting Murador in midfield. All three players were named the captains of the team in 2022. Junior forward Harvey Keene, who moved in from Venezuela, is also expected to have a strong year as a forward, while the three freshman Cole Crawford, Austin Randriamahefa, and Adam Averett will look to make an impact as the young bucks on the squad.

Junior Zach Taylor is expected to take the most minutes in goal, but sophomore Deagan Dietz is also expected to get some playing time as the season progresses.

The Ladycats fared better in 2021, finishing as district runners-up behind Wichita Falls Rider. Going into the playoffs with a 13-4 record, it was expected that the Ladycats were going to make a deep playoff run, but a second round match with Burleson Centennial saw the season come to an abrupt end after a hard-fought game.

Girl’s head coach Bryan Johnson expects this year to be even better and hopefully a much deeper run in the postseason.

“We’ve got our core group back,” Johnson said about his team. “I feel like we should finish pretty strong. My thought is we should win the district. We’ll find out pretty quickly as we’ve got our first tournament in Waxahachie coming up. That’s going to be a big teller.”

Senior goalkeeper Emma Davis, who is sitting on 300 career saves, is considered to be the strongest part of this Aledo team. Up front, Ashlyn Laughly, the senior forward, is just 26 goals shy of breaking the school record for goals. She and junior McKenna Vela will be leading the charge in creating scoring opportunities for the Ladycats. Despite having a relatively new infield, Johnson is confident.

“I feel like my starting eleven is really solid,” he said. “I feel like we’ve got two or three pretty decent subs, and that’s who we’re going to go to war with.”

The Ladycats only have a roster of 19 players, which is low compared to past rosters. However, the future looks bright.

The Bearcats started their season on Tuesday, Jan. 4, against Abilene Wylie and will play in the Colleyville Heritage tournament this weekend. The girls will open the season in the Waxahachie tournament this weekend for a fresh start. District play will start for both teams on Friday, Feb. 4, against Brewer. The girls will be at home, while the boys will be at Brewer.