Local news from the heart of East Parker County
Weather brought to you by:
Log in
Accomplishments 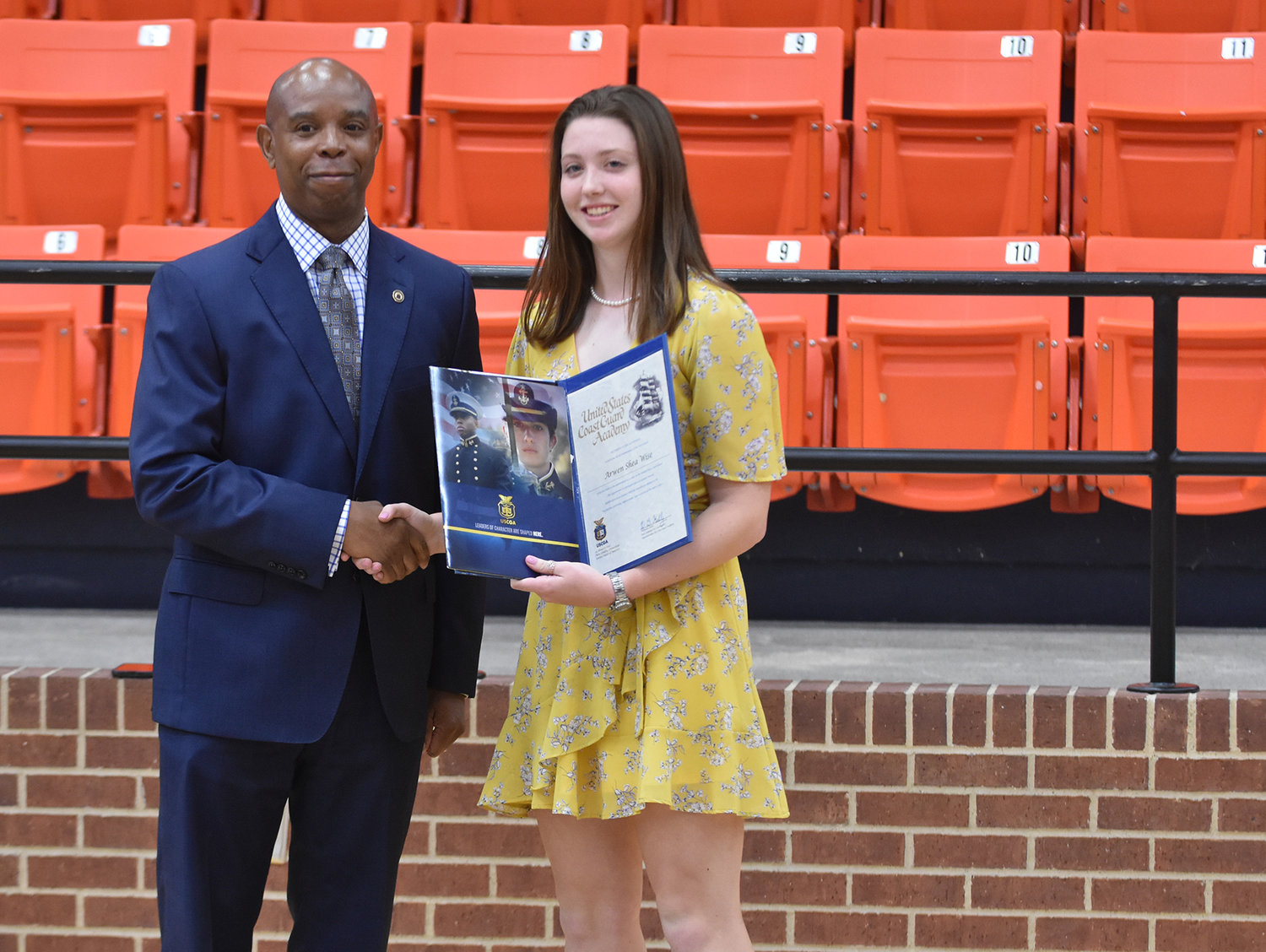 Wise settled on the Coast Guard Academy where she will major in Marine and Environmental Science. Wise also plans to play soccer for the academy.

The Coast Guard Academy became her first choice after spending a week at AIM, a program for high school juniors interested in a realistic experience at a service academy. The Coast Guard has 12 missions they fulfill in a daily basis, and Arwen was especially attracted to the search and rescue mission as she plans to attend flight school and become a helicopter pilot.

Arwen grew up in Weatherford and attended Aledo High School since Kindergarten. She is a multi-sport athlete who participated in varsity soccer and varsity cross country as well as being a four-year captain of the Dallas Texans, a highly competitive select soccer team. Arwen is also heavily involved in robotics and a Second Lieutenant in the Phoenix Fort Worth Squadron of the Civil Air Patrol.

Jones was also named to the President’s Honor Roll for achieving a perfect 4.0 GPA.

To qualify for the Dean’s List, a student must achieve a grade point average of 3.5 while carrying 12 or more semester hours.

Landry Smith of Aledo was named to the University of Texas at Tyler Spring President’s Honor Roll by taking 12 or more hours and achieving a grade of “A” in all courses.

Alex Morales of Aledo was among students who earned dean’s list recognition at George Fox University for the spring 2022 semester. Traditional undergraduate students must earn a 3.5 grade point average or above on 12 or more hours of graded work to earn a spot on the dean’s list. Morales is a sophomore majoring in English.