Local news from the heart of East Parker County
Log in
Where are they now? 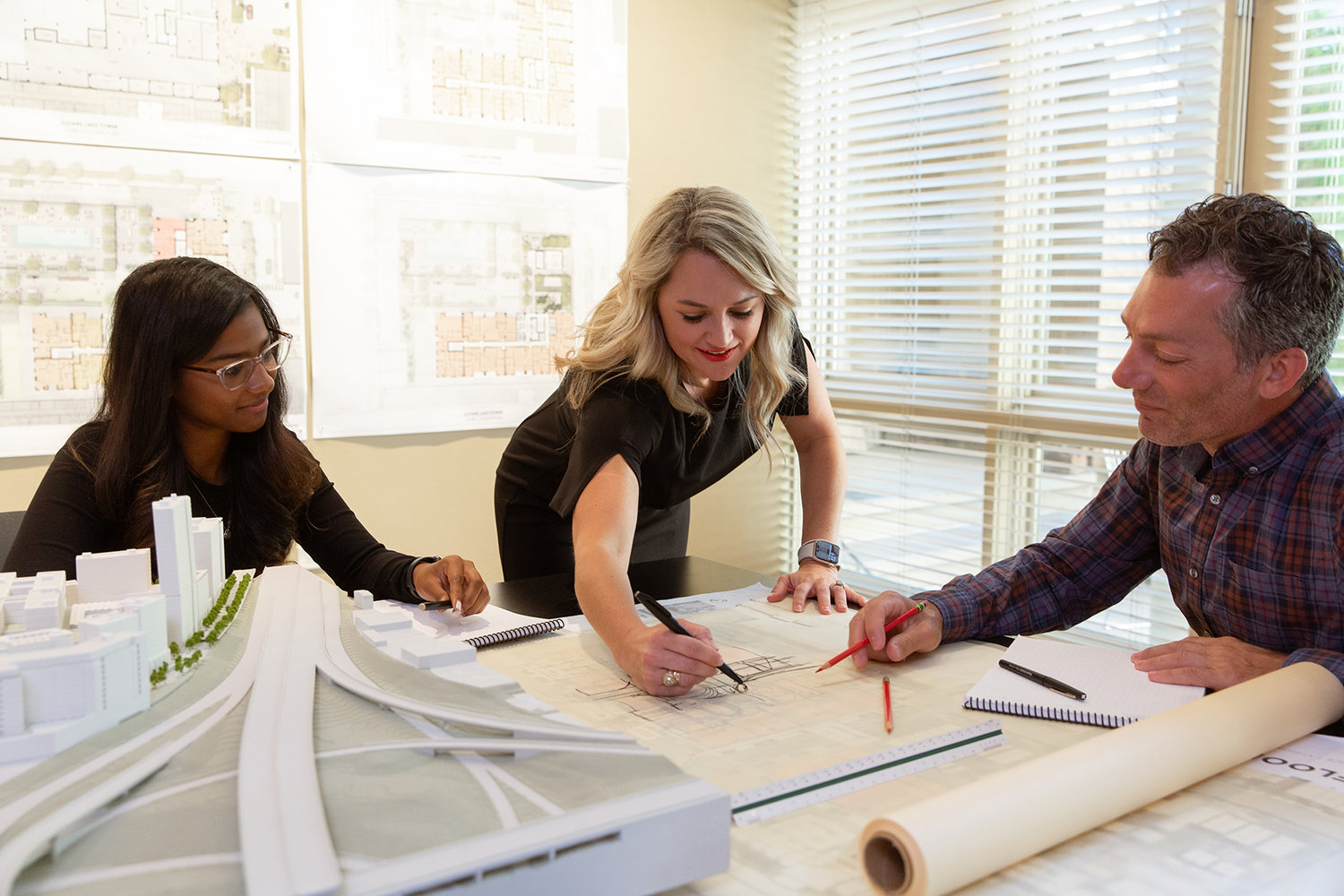 Everyone knows the Bearcat Den, and I think it's a pretty sacred moment for that building and place. So revamping it but keeping it — I think that was something pretty special to me.”
Shannon Bearden
By Randy Keck
The Community News

Back when what is now Aledo Middle School was Aledo High School, Shannon Carpenter (now Bearden) took Gloria Andrews’ photography class in a corner of the Bearcat Den. The photos she took as a part of that class — photos of buildings around town — inspired in her the desire to become an architect, and she has never looked back.

Her trail brought her back to Aledo, at least temporarily, as the principal architect for the new McAnally Middle School and the renovations to her old campus, the current Aledo Middle School.

Bearden started in Aledo ISD back when there was half-day kindergarten.

“Mrs. Lozano was my teacher and I actually ran into her when we started the renovation and construction projects for the two middle schools,” Bearden said.

Spending 12-plus years in Aledo ISD, she got a good look at the architecture in the current high school during her junior and senior years there, graduating in 2003.

After a year at the University of Oklahoma, Bearden transferred to the Environmental Design architecture program at Texas A&M, where she completed her bachelor’s degree.

While working on her master’s degree she went to work for Gensler, a global architecture firm with 50 offices around the globe, including Dallas.

“I did retail, automotive, mixed use, high-rise office, interior and exterior buildings with what we call repositioning,” Bearden said. “It was basically a major overhaul and renovation of the office towers.”

Bearden stayed at Gensler after receiving her master’s degree, working there a total of 10 years.

"One of the biggest ones to note is Toyota Music Factory in Las Colinas. It's a 16-acre mixed use development with an office tower, retail, restaurant, and an indoor/outdoor amphitheater programmed by Live Nation,” Bearden said. “And then I worked a little bit on The Star, the Cowboys’ headquarters up in Frisco. I was responsible for the piece called 'The Knuckle," which served as a connector between the hotel and the office building”

“I've worked my way up through the ranks,” she said. “When I first started at Gensler, I was in the automotive studio, what they call retail automotive. And I worked on Toyota dealerships. And I was working as an unlicensed architect before I went through the rigorous process of intern hours and testing to get my license. So you would, as an intern architect, start out working on restrooms, or laying out the plan and the tedious little tasks so you can get your feet wet and learn the basics of putting a building together.

“People always joke that the first thing you do when you come up right out of school is work on a restroom because every building has to have a restroom and everyone needs to know how to put it together. And no one else wants to do it.”

Obtaining a license as an architect is not an easy process. After 4,000 working hours and seven exams, she was licensed as an architect. It was then she got the assignment working on Reunion Tower.

Bearden married another Aledo alum, Colt (known as “Bucky” in school) and later had a son, Brooks, who will be 5 years old in August. The family lived in north Arlington as a middle ground between her work in Dallas and his work in Fort Worth.

After the birth of Brooks the family decided to move back to the Fort Worth area to be closer to family. 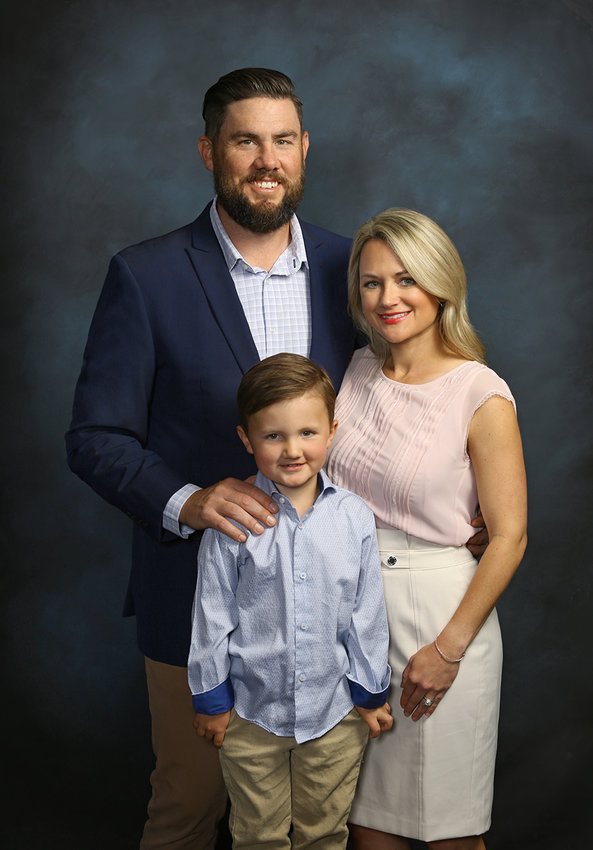 Bearden went to work for Huckabee Architects, which only does education. For the past four years she has been working on k-12 facilities throughout Texas.

It was that association that brought her to full circle back to Aledo as the lead on the two middle schools.

“Everyone knows the Bearcat Den, and I think it's a pretty sacred moment for that building and place,” Bearden said. “So revamping it but keeping it — I think that was something pretty special to me. When we had the interview with Dr. Bohn and other members from Aledo I teared up and got really choked up because in that building, in the back corner of the Bearcat Den, is where we had art class.”

When she made that decision those years ago, Bearden said she didn’t know what that meant at the time.

“But I just knew that I fell in love with what I was photographing in downtown and these buildings that were under construction and I decided in that moment, in that building,” Bearden said. “So being able to come back and work on that space where I had not only gone to school, but decided what I wanted to do for my career, was pretty special. So keeping that part of the building, and really bringing new life to it, was a great moment.” 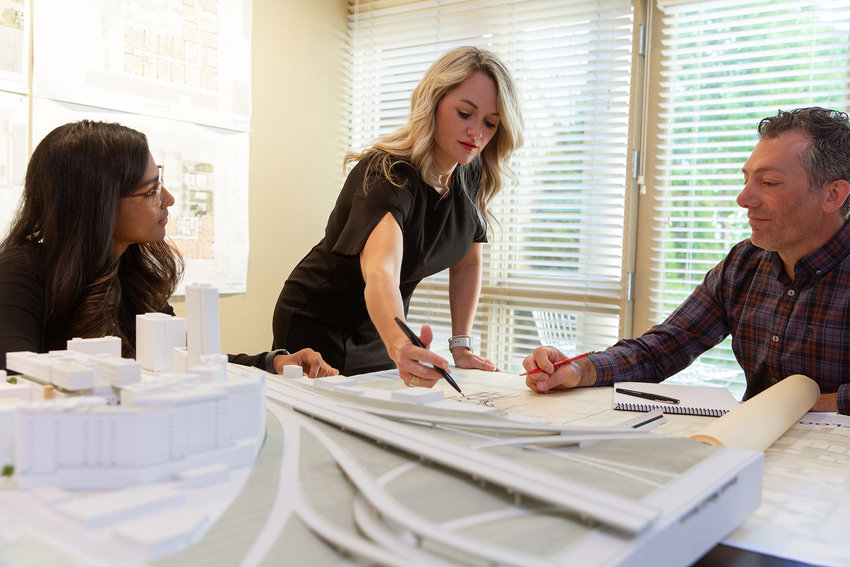 Bearden has fond memories of her time in Aledo ISD. She felt her parents, Larry and Denise Carpenter, made the right move when they relocated to Aledo, where she and her brother received the instruction that prepared them for their further education.

“My mom went to school in Dallas and my dad in Weatherford, and they wanted a more hands-on curriculum for my brother and I. It was the best decision,” she said.

“Back when I was going to school there and graduated, the class sizes were small,” Bearden said. “They’re much larger today, right? The district has grown a lot. But the one thing that has remained constant is the teachers and the staff that work at Aledo, and how much emphasis they put on the students and making sure that you feel noticed and prepared, and just how much they really care.”

“That was one thing that I think really helped prepare me for the future. That and the curriculum, I think has always been top notch.”

Bearden said during the middle school design process, they brought in someone to evaluate the curriculum that Aledo had put together.

“The word out of her mouth was, ‘they don’t need any help. They’re light years above everyone else.’”

Because Huckabee only does educational spaces, the company allowed Bearden to work on some side projects, and that has led to a new opportunity for her.

“Doing commercial architecture and retail-type projects and headquarters buildings has always been something I've been really gravitated towards,” Bearden said. “So I've had some opportunities to make some really great connections with people in Fort Worth. And one of them is the Churchill family.”

In the process of doing work for the Churchill family, Bearden had the opportunity to partner with another Aledo High School alumnus, Jessica Bond Pipkin.

She and Pipkin did the new headquarters for Frank Kent Cadillac, and they are working on the new Heim Barbecue in Burleson.

“Doing that work on the side made me realize that I still love that part of architecture,” Bearden said. “And I just want to do it all.”

A recent opportunity came her way when Denver-based Tryba Architects opened an office in Sundance Square in March.

Among Tryba’s projects are the renovation of Union Station in Denver, the Google campus in Boulder, and the Colorado Springs Fine Arts Center.

Bearden’s new role will be to manage the Fort Worth office and her new title is Managing Director.

“When I think back on it, and I look back at my going to school at A&M and getting my initial degree in environmental design, you think about the purpose of why you got into architecture, and for me, it was always about wanting to create meaningful, inspirational spaces, and really have a hand on the place that I live and work and play, which, in Aledo, Fort Worth is your backyard,” Bearden said. “So if you can have a hand in developing what this city looks like, then why would you not take that opportunity? So here I am.”