A look inside the two middle schools 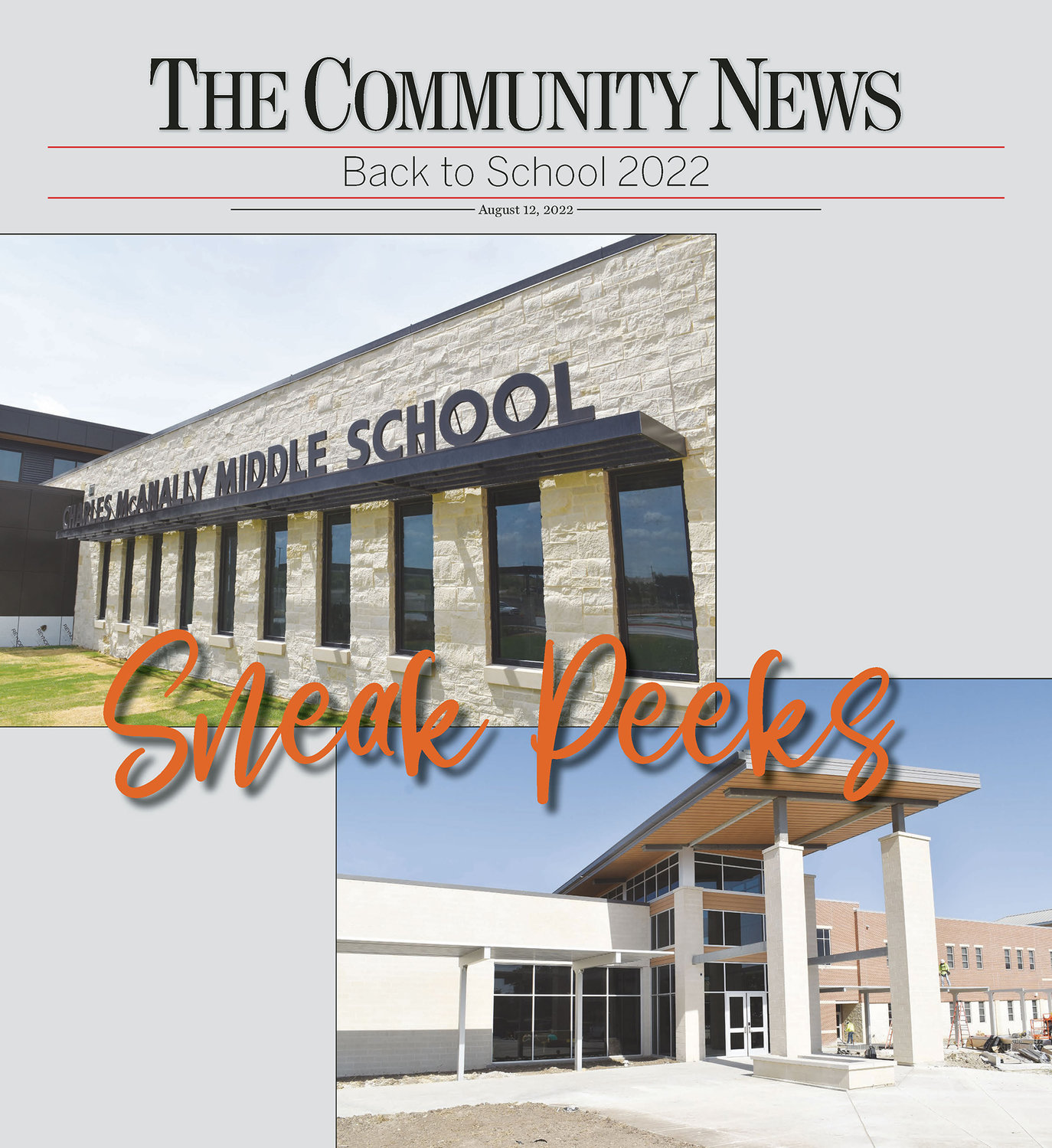 The rapid growth in the Aledo ISD has led to the need for ever more facilities needed to educate increasing numbers of students.

In 2019, Aledo ISD voters approved issuing bonds to, among other things, renovate the existing Aledo Middle School, build a second middle school, and transition what was McAnally Intermediate School into an elementary school.

Changes to campus makeups will take effect this school year as the intermediate school (sixth-grade campus) concept goes away. Sixth graders will be moved to the middle schools, which will now accommodate grades 6-8.

The former Vandagriff Elementary School has been converted to an Early Childhood Center (to be featured in a future issue of The Community News.) The former McAnally Intermediate School becomes Vandagriff Elementary School. The McAnally name now belongs to AISD’s second middle school that will open next week. And Aledo Middle School gets a makeover.

The “new kid on the block” is McAnally Middle School. This brand-new campus sits north of Aledo sandwiched between Morningstar and Walsh on Old Weatherford Road.

Joshua Jenkins will serve as the principal of the new campus.

The Community News got a sneak peek of the new campus last week, and it promises to be a state-of-the-art learning facility.

The environment at the new school is enhanced by a variety of textures and colors on the walls and ceilings. The cafeteria features wood planks on the ceiling and a stage ready for school productions.

The library, as most of the rest of the building, includes a lot of natural light. The library has light colors enhanced by orange decorations and some creative ceiling fixtures.

Classroom seating is flexible — desks can be arranged in traditional classroom formation or reconfigured for more collaborative work.

Many students at the new campus will have extraordinary views of the developing Walsh area.

Each grade level will have its own section of the school, and each of the three sections is identical in terms of number and size of classrooms and labs. The entrance to each grade level features a mural with a historic scene from around the school district.

Outdoor athletic facilities will be ready for the campus to host teams this football season, as will the indoor gym for volleyball.

Mascot-wise, McAnally will have the same Bearcats to rally behind.

From a fine arts perspective, McAnally has facilities for band, choir, a future orchestra, dramatic arts, and dance.

The practice gym will also function as a tornado shelter for the school. The shelter, constructed of 12-inch concrete walls, also houses the dance team’s practice area.

Click here for a photo gallery of McAnally Middle School

Aledo Middle School was once a 7-12 campus before it became strictly a middle school upon completion of the current high school.

The building has been added to on a number of occasions, and in many cases was showing its age.

It was important to the school district that the two middle schools have as equal facilities as possible, and the design changes to the existing building make it the same state-of-the-art facility as it’s new sibling.

The design changes creatively took spaces in the old building and repurposed them to create equivalent spaces in both building.

Shapes may vary, but floor space in classrooms and labs are equivalent.

Like McAnally, Aledo Middle School has three distinct areas for each grade level. Each grade level area has collaboration space where outside-the-class learning can take place.

The same classroom furniture will be in the classrooms at both schools.

More outdoor lighting has been brought into the building where possible, and lines of sight down hallways has been improved.

The old practice gyms became the band hall last year, though vestiges of the gyms remain.

Given that new construction can be accomplished quicker than renovations, and that Aledo Middle School was holding classes this past school year while construction was going on, some area of the building will not be complete when school starts.

One of those items will be the makeover of the revered Bearcat Den, which will retain its shape with a new face.

A temporary wall has been constructed to separate the construction of that area from the rest of the school.

One change in the Bearcat Den is the removal of the old kitchen, which will become a performance stage.

The old band hall at the school will now house the school library on two levels.

A brand new kitchen has been constructed on the south side of the Bearcat Den. Until it is complete, the Multi-Purpose Center (MPC) will serve as the lunchroom.

Speaking of the MPC, it is now attached to the main building, so students will not have to leave the building to have activities there.

A wall now stands where the stage once was, and the area behind the wall will be the dance rehearsal area.

New locker rooms and coaches’ offices have been added adjacent to the MPC. In addition, a new practice gym with the same tornado protection has been added.

Click here for a photo gallery of Aledo Middle School