Bestselling girl groups of all time

From 1970s rock 'n' roll and 1980s country through to the pop and R&B of the '90s, Stacker combed through the bestselling artists of all time, according to the Recording Industry Association of America, and ranked the 10 girl groups with the most sales. 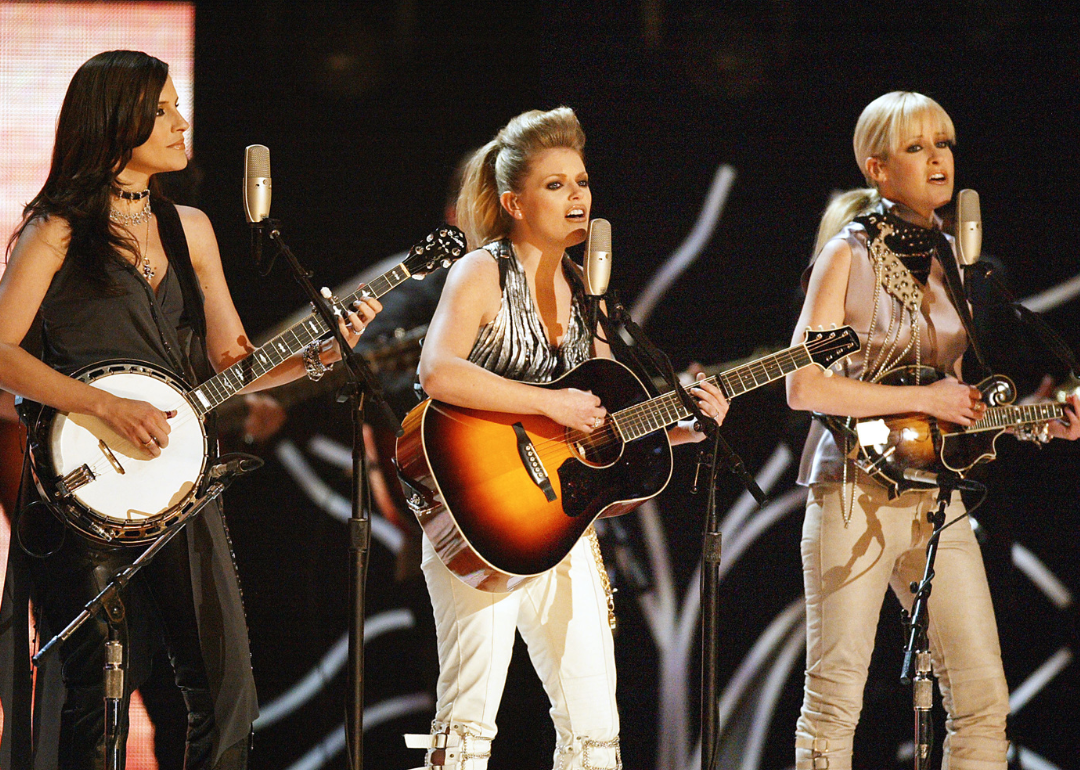 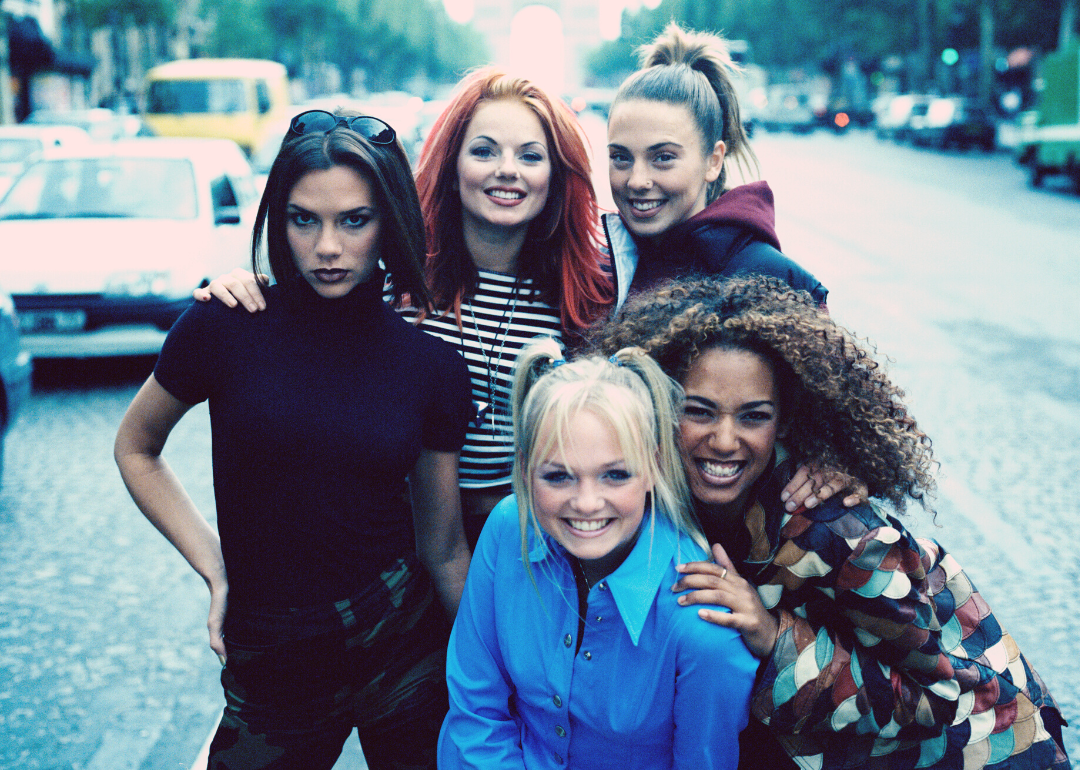 Ever since the birth of pop music, girl groups have gone in and out of fashion, and a strong case has had to be made for their existence. Concerns among music managers and marketers arose when the idea of a girl group was first proposed. Boy bands like the Beatles, who were principally marketed to teenage girls, certainly proved they could win young women's obsessions, but could young women draw in the hearts of other young women? According to the data—multiplatinum and diamond record sales, innumerable awards, paradigm-shifting pop culture moments—it's been a resounding yes.

Of course, the girl group isn't just for females; in no other format will you find such a triumph of feminine energy and power. To that end, Stacker combed through the bestselling artists of all time, according to the Recording Industry Association of America, and ranked the 10 girl groups with the most sales.

While there may be a scarcity of Western girl groups today (though there's no doubt that South Korean and Japanese girl groups like Blackpink and AKB48 are dominating and bringing some much-needed girl group goodness to the world), this list proves that any concerns about the success of the girl group form were unfounded.

You may also like: History of rock 'n' roll 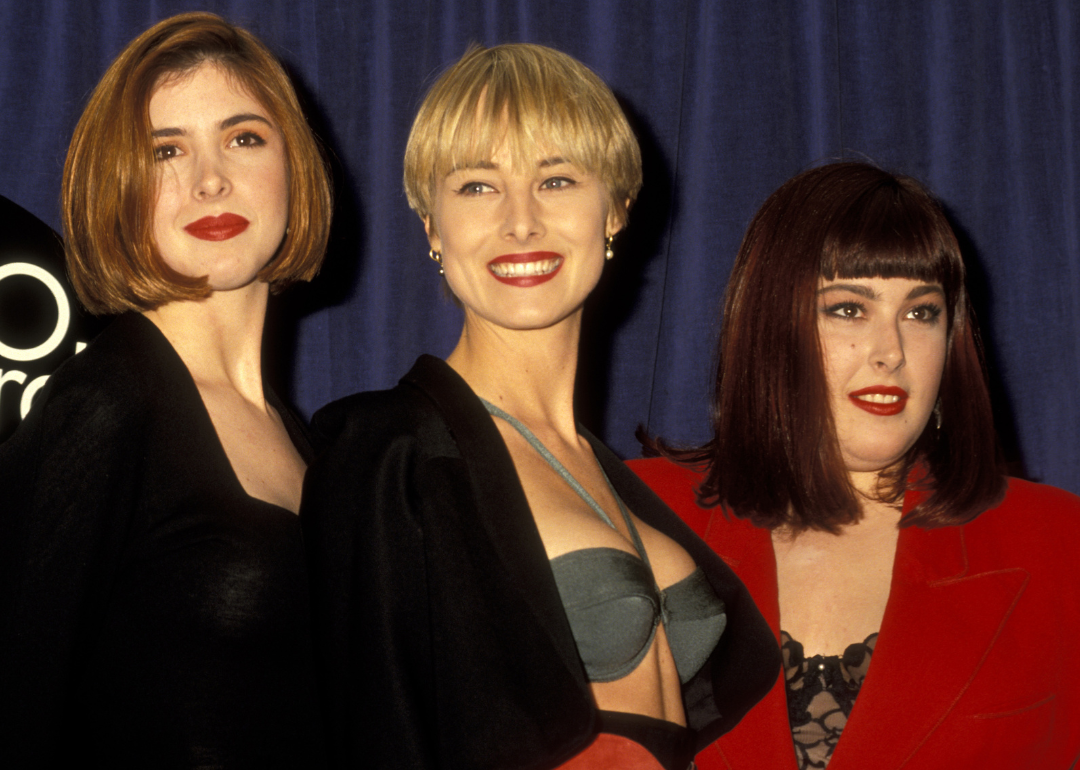 In 1986, three offspring of the Mamas & the Papas and Beach Boys formed a girl group that would have a foothold over much of the '90s music charts. For Chynna Phillips (daughter to John and Michelle Phillips of the Mamas & the Papas), the group was a literal lifesaver, helping her out of addiction with each harmony she sang alongside Carnie and Wendy Wilson (daughters of Brian Wilson of the Beach Boys). She turned "Hold On," a slogan from Alcoholics Anonymous, into one of 1990's biggest hits. A couple of #1 hits followed, including "Release Me" and "You're In Love," as well as five Grammy nominations and two American Music Awards nominations. 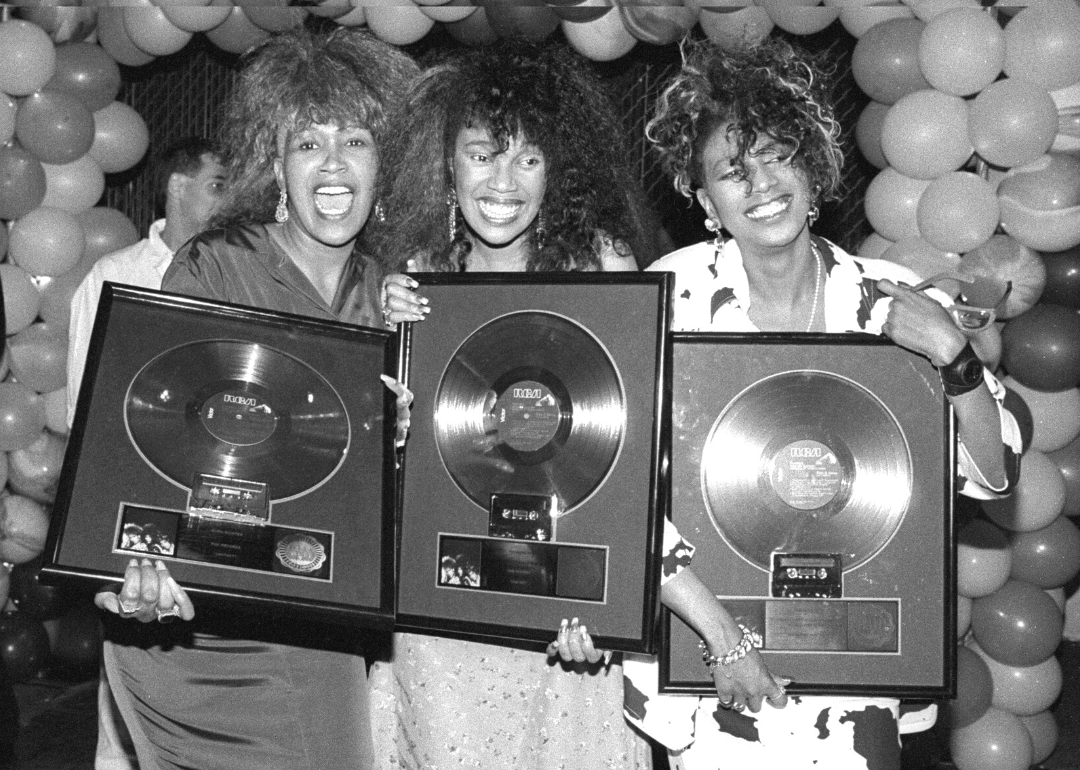 It hardly took any time at all for the Pointer Sisters, comprised originally of biological siblings Bonnie and June Pointer, to immortalize themselves in pop music history. Raised in a strict religious household, Bonnie and June were later joined by sisters Anita and Ruth to form the quartet, who would go on to pioneer disco, funk, and soul.

The group would dominate FM radio for several decades. They reached the stratosphere in the early '80s when they released their triple-platinum album "Break Out," which brought with it a string of hits, including the eternal "Jump (For My Love)." Unlike many of the Motown girl groups who preceded them, the Pointer Sisters never had a clear lead; their voices and roles within the group were equally weighted, setting a new standard for the form. 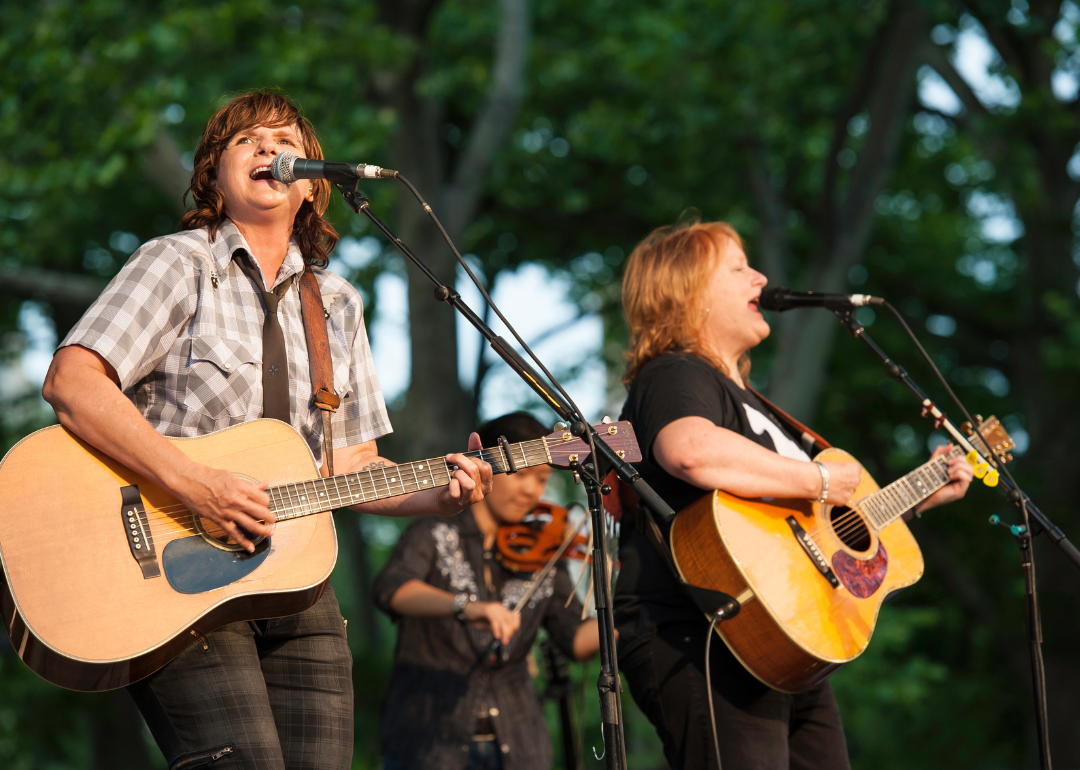 Across several decades, Amy Ray and Emily Saliers have been making music together under the moniker Indigo Girls since performing in their Atlanta high school English class. They ruthlessly toured bars and small venues across the States four years later. It wasn't long before they caught the attention of Epic Records—home to the likes of Ozzy Osbourne and Sade.

Under Epic, they released two of their most popular albums: 1989's self-titled effort and a reissued rendition of "Strange Fire" (the original released in Canada in 1987). The former, a multiplatinum release, earned the duo their first Grammy nominations (in an iconic bit of pop culture trivia, the pair lost out on the award for Best New Artist to Milli Vanilli). 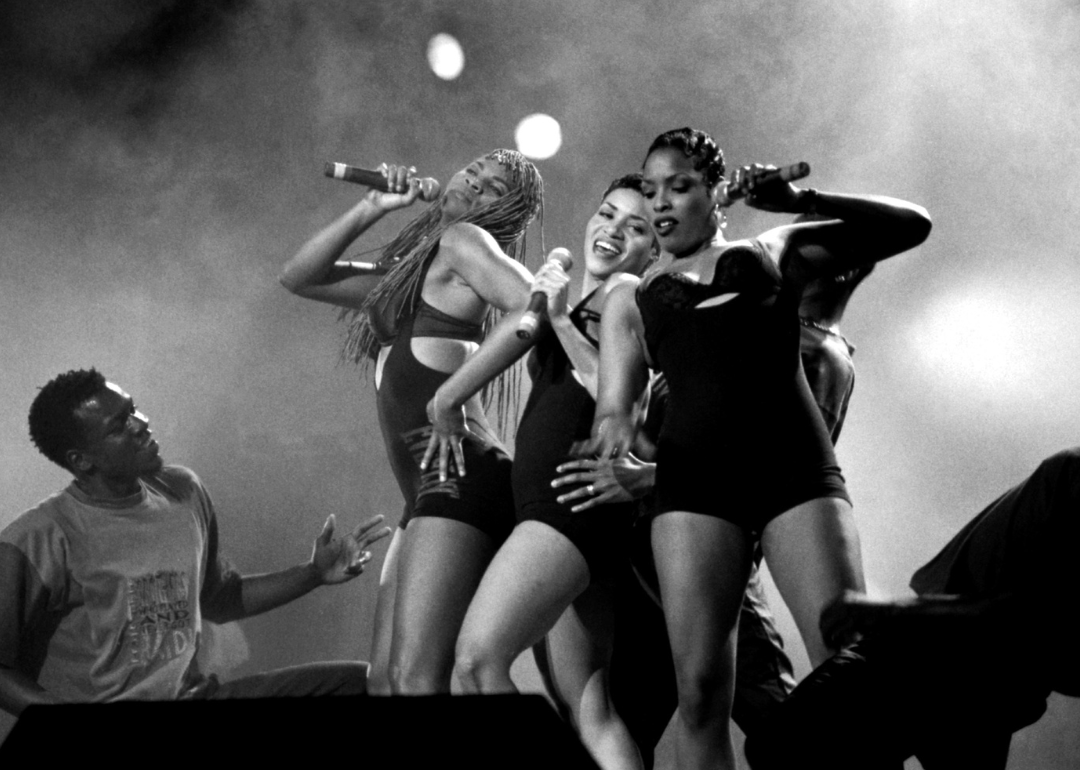 Salt (Cheryl James) and Pepa (Sandra Denton) used their music career as both a vehicle for their friendship and a way to innovate the rap format. Across five albums, the former nursing students helped define the sound of hip-hop, giving it a percussive edge and a distinctly female perspective. Largely thanks to their enormous 1987 hit "Push It," the duo became the first female rappers to achieve platinum record status and the first-ever nominees for the Grammy's Rap Performance Award. During the 1990s, they expanded their already unprecedented legacy exponentially, earning a five-time platinum status for their 1993 album "Very Necessary." 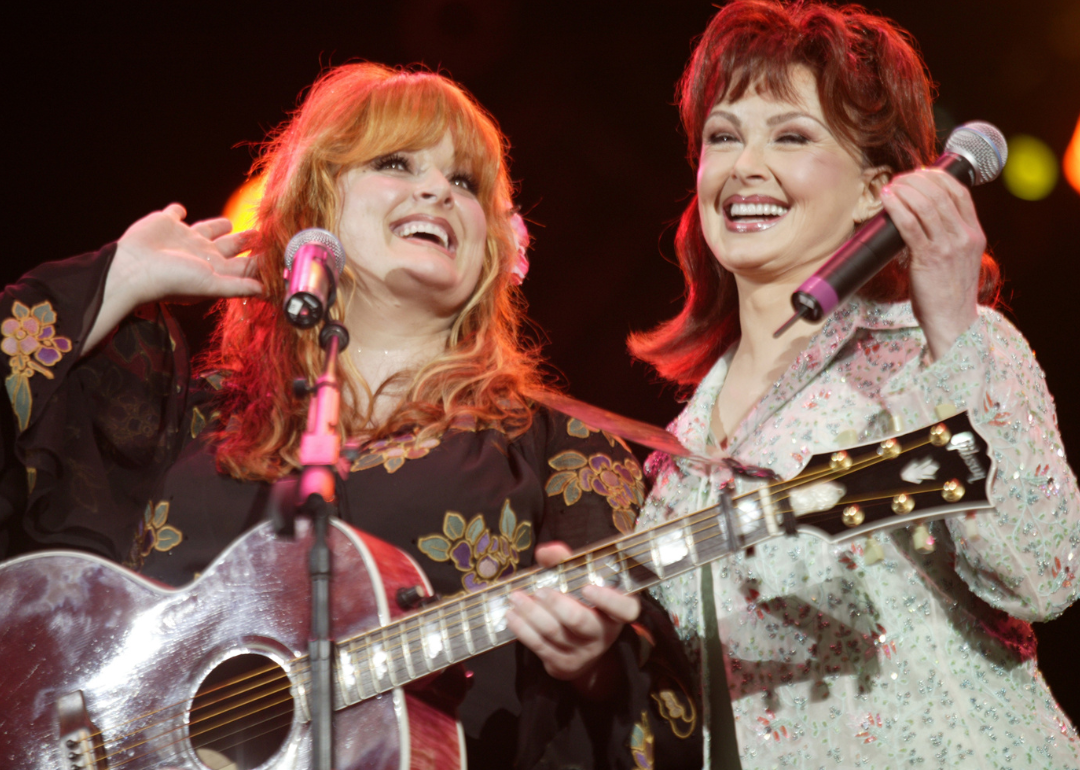 One of the most successful mother-daughter musical acts of all time, the Judds scored a dizzying amount of #1 hits in their run from 1983 to 2000. After topping Billboard's Hot Country Songs chart for the first time in 1984 with "Mama He's Crazy," Naomi Judd (born Diana Ellen Judd) and her daughter Wynonna Judd (originally Christina Claire Ciminella) went on bank 13 more chart-topping hits.

The pair began singing together in the early '70s, inspired by the bluegrass sass of artist-duo Alice Gerrard and Hazel Dickens and the blues-influenced pop music of Bonnie Raitt. For decades, they were the most prominent artists within their field and were awarded as such, famously winning the Country Music Association's Vocal Group of the Year award from 1985 to 1987.

You may also like: Most covered songs of all time 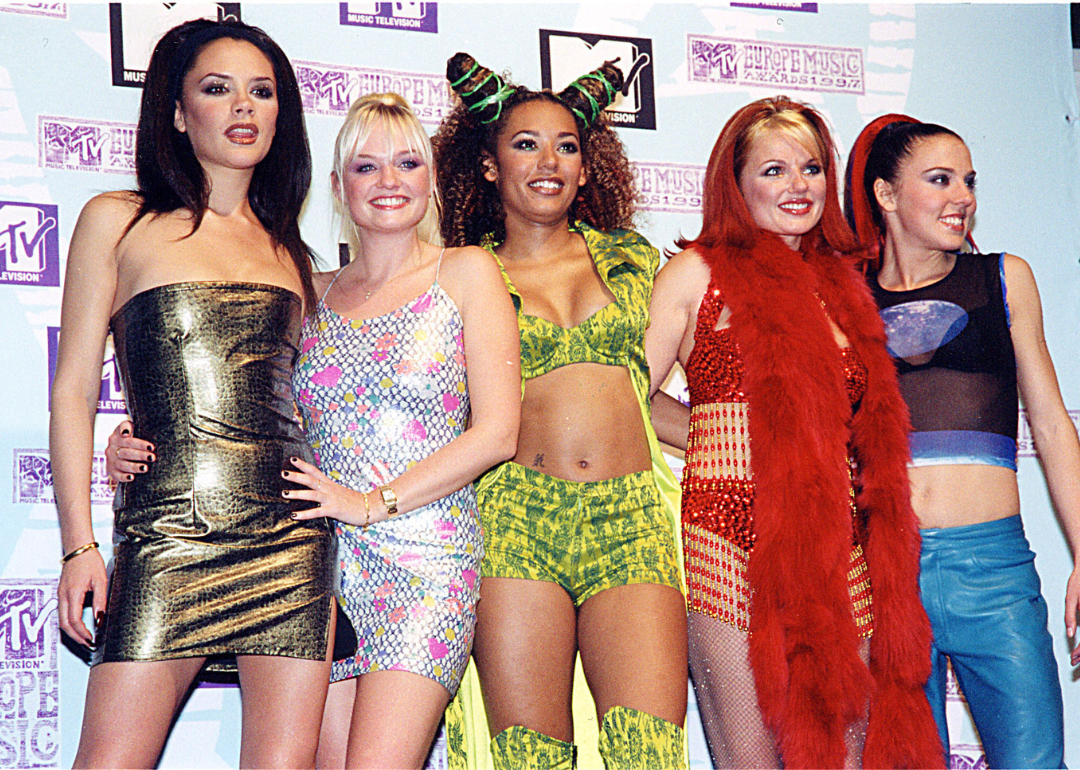 The ultimate champions of girl power, the Spice Girls launched a pop-influenced kind of feminism in the 1990s, injecting a much-needed dose of femininity into a Britpop landscape overpopulated by men. The five spices—Victoria (Posh), Emma (Baby), Geri (Ginger), Scary (Mel B), and Sporty (Mel C)—were among 400 who answered the audition call for a "manufactured girl group."

The chemistry between the women was immediately palpable and on full display when they introduced themselves to the world with their debut single, "Wannabe," in 1996. The song put the British girl group on the global stage like never before. The song went #1 in 37 countries. Throw in two multiplatinum albums and a box-office-smashing film, and you have yourself one of Britain's greatest pop success stories. 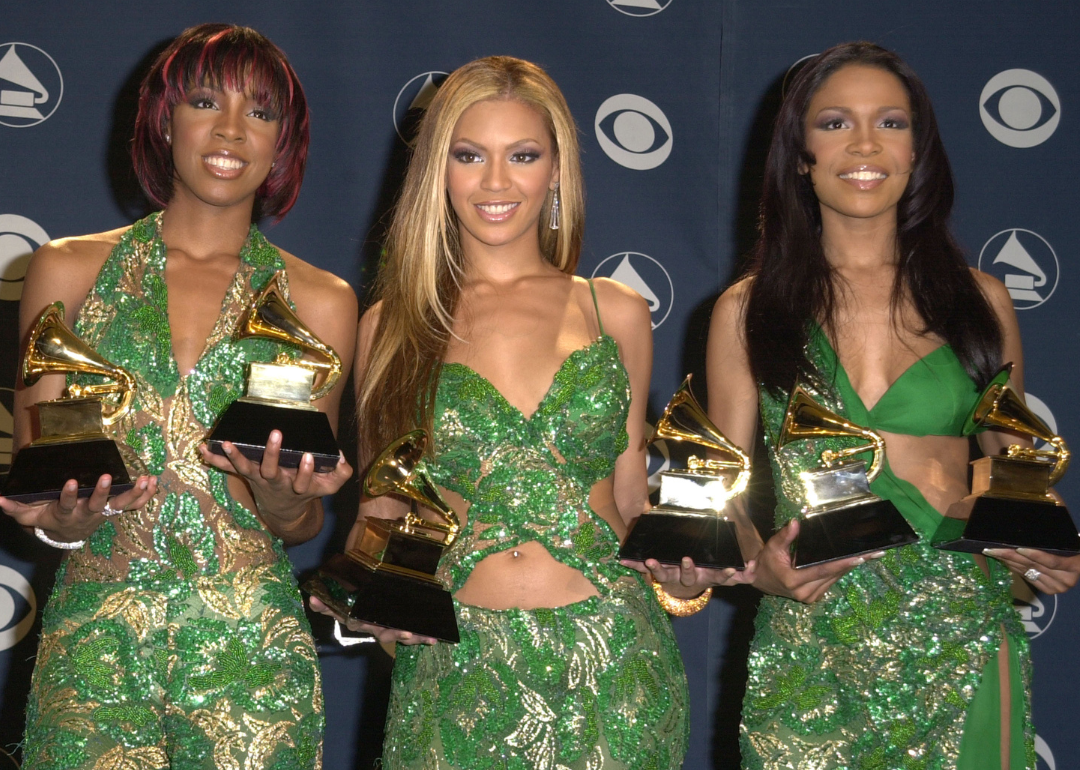 Formed in 1990 in Houston, when its original members, Beyoncé Knowles and LaTavia Roberson, were only 9 years old, Destiny's Child didn't have the glitzy origin story you might imagine. The group lost when they entered the "Star Search" television talent show in 1992, and they were dropped from their modest recording contract a few years later—before releasing any albums. They did, however, pick up a new member: Kelly Rowland.

Their destiny changed in 1997 when Columbia Records signed them, and they released their eponymous debut album, earning the group two Grammy Awards. The group went through many lineup changes, which didn't go unnoticed by the media, with journalists accusing the members of knocking each other out of the group "Survivor"-style, one by one. Truly a group for the reality TV age, Destiny's Child cheekily embraced those sensationalist rumors and fed them back to the world in the form of their hit "Survivor." The rest is history. 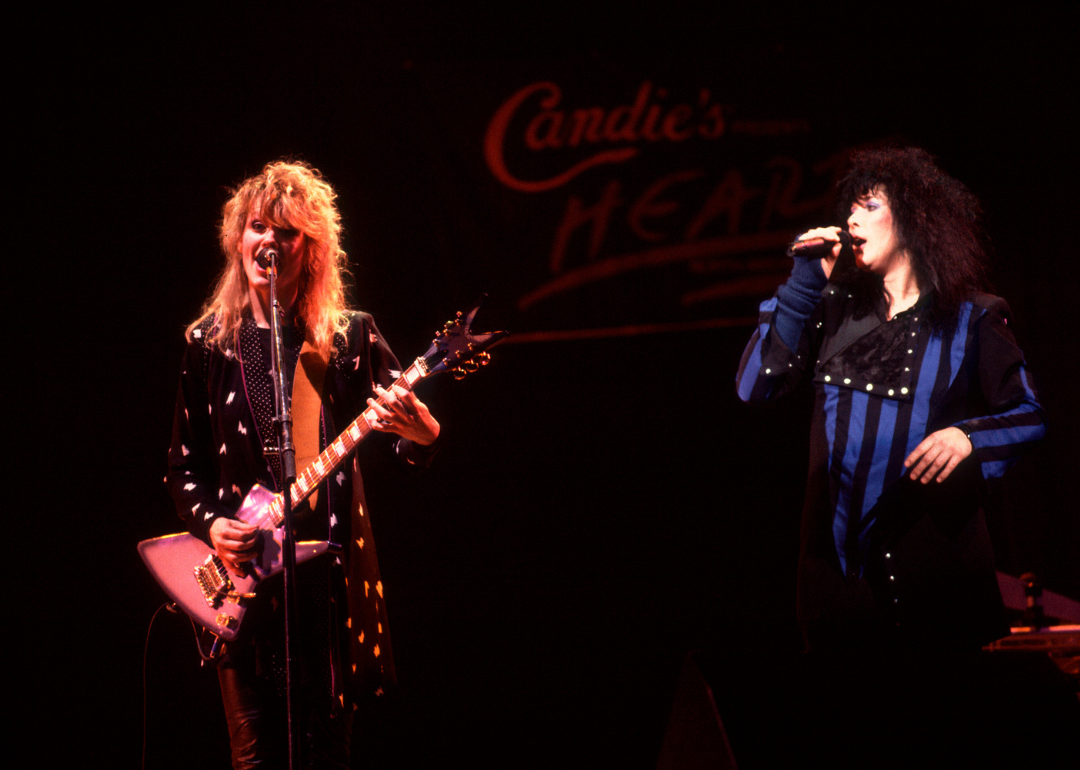 Led by sisters Ann and Nancy Wilson, these Pacific Northwest stars were responsible for some of the most ubiquitous and electrifying rock hits of the 1970s and '80s. A powerhouse of a singer, you'd never know Ann once struggled with stuttering, but singing set her free.

In the mid-'70s, the band released their debut, "Dreamboat Annie," on the small Canadian label Mushroom Records, which became an unanticipated commercial smash. They paired that commercial success with a new critical darling status when they released their sophomore album, "Little Queen," which included "Barracuda," one of the band's all-time biggest hits. While most of the band's lineup frequently switched up, the Wilson sisters stayed put. Now, they're considered door-openers for women in rock, having achieved unprecedented widespread success as a female-fronted rock band in the '70s. 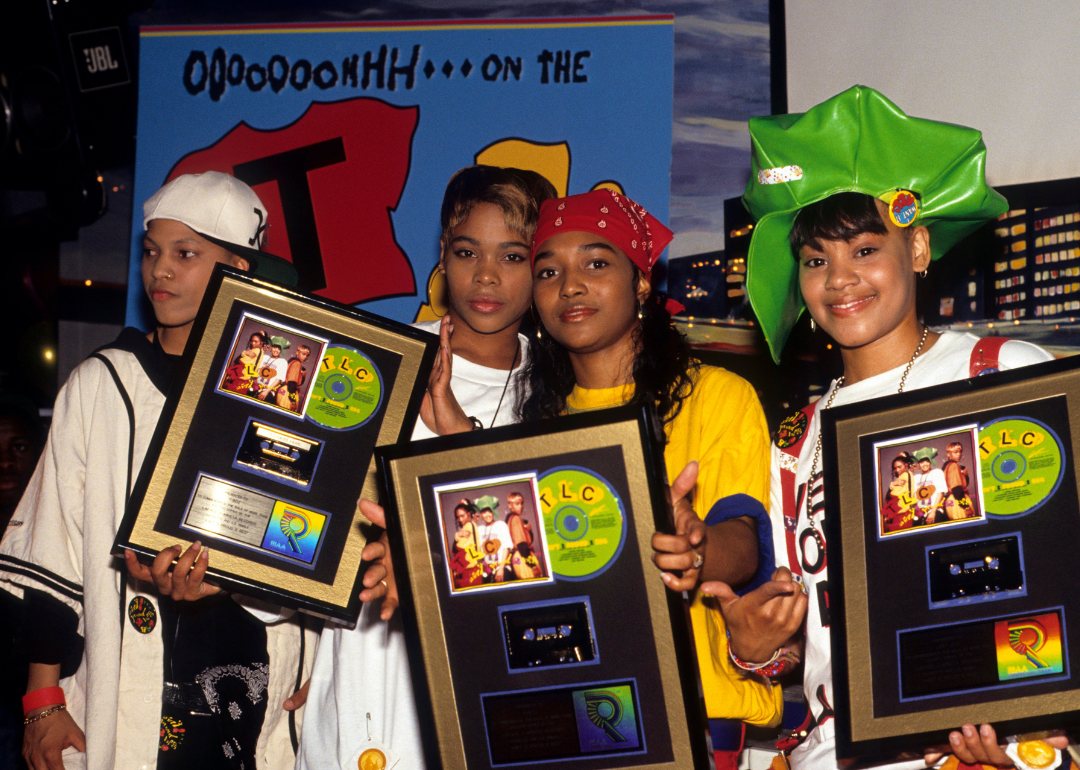 Three young women—Tionne "T-Boz" Watkins, Rozonda "Chilli" Thomas, and Lisa "Left Eye" Lopes—dominated the '90s with their silky and sultry take on R&B. Hailing from a golden age of R&B girl groups and counting En Vogue, Destiny's Child, and SWV as peers, TLC were still leaders of the pack, outselling all their rivals at the time. Throughout the group's glittering career, they scored nine singles in the top 10 of the Billboard Top 100 chart and went platinum a whopping 12 times with their 1994 album "CrazySexyCool." Despite the glut of hits, the ladies of TLC were very picky regarding the songs they put out. The group turned down plenty of tracks, including "…Baby One More Time," later performed by Britney Spears.

Perhaps one of the greatest stories of American country music crossing over into the global pop market, the Chicks' one-of-a-kind charisma and genre-spanning versatility set them up for immediate success. Together, Martie Maguire, Emily Robison, and Natalie Maines shot themselves straight to superstardom when they released "Wide Open Spaces," their first album in 1998. It sold more than 12 million copies in the United States and was named Best Country Album at the Grammys just before the turn of the millennium.

The year 2000, though, is when the group hit its stride. The group turned the murder ballad form on its head with the release of "Goodbye Earl," perhaps the most irreverent and lighthearted murder ballad in country-pop music history, proving themselves innovators and commercial starlets. Originally known as the Dixie Chicks, the group became simply known as the Chicks in June 2020 because they wanted to "meet the moment" when conversations around race, gender, and equity are more important than ever. The change came a few weeks before the release of their first album in 14 years, "Gaslighter."

You may also like: 50 of the best posthumous albums

Keeping you in the loop